Some investors never learn that when it sounds too good to be true… it usually is.

Oregon-based investment firm Aequitas Capital gave a dream-come-true sales pitch of 8% to 12% yield with little to no risk while offering 90-day liquidity.

The firm was able to dangle those juicy yields by investing in “private subprime subordinated debt,” which is Wall Street talk for “pieces of garbage.”

The sales pitch was so alluring that Aequitas Capital pulled in $1.7 billion of investor assets and even opened a new office in New York and a new division to serve investment advisors.

Unfortunately for the investors who fell for the fat-yield sales pitch, it looks like they will be lucky to get back pennies on the dollar.

The principals at Aequitas Capital are either stupid or crooks, but that too-good-to-be-true sales pitch wouldn’t work without the aid of the world’s central bankers, who have been waging a war against savers for the last seven years.

Responsible Americans who steadily and conscientiously built a nest egg of savings need to somehow get by on interest rates that are barely above zero. Because of idiot central bankers, the search for yield is leading some savers to poisonous income pools, such as those offered by Aequitas Capital.

Sadly, I am quite sure that we’re going to read about a lot more Aequitas Capital-type disasters in the future. I say that because if you think interest rates are low now… you ain’t seen nothing yet.

Interest rates are barely above zero in the US, but that may not last for long as the list of developed countries that are now at negative interest rates is growing.

The Bank of Japan joined the NIRP club in late January, and the outlook for income investors became even drearier. 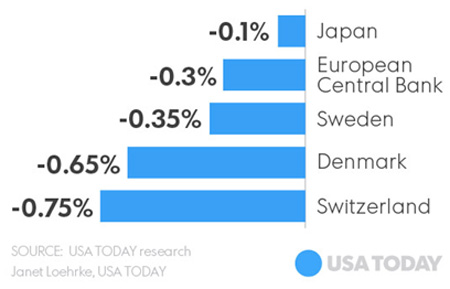 The NIRP club now includes the European Central Bank, Switzerland, Denmark, and Sweden, which just dove even deeper into the NIRP pool when it cut its already negative 0.35% rate to a negative 0.75%.

Janet Yellen, Vice-Chairman Stanley Fischer, and New York Fed President Bill Dudley have all said that negative interest rates are something they are considering. I believe it is only a matter of time before those Federal Reserve fools join the NIRP club.

“If the economy were to unexpectedly weaken dramatically, and we decided that we needed to use a full array of monetary policy tools to provide stimulus, it’s something that we would contemplate as a potential action.”
—William Dudley, President, Federal Reserve Bank of New York

“I think negative rates are something the Fed will and probably should consider if the situation arises.”
—Ben Bernanke, former Fed Chairman

If those Federal Reserve officials are talking about it… you should consider it a very distinct possibility.

The world isn’t waiting for the Fed, though; a staggering $5 trillion of sovereign debt has already dropped into negative-yield territory, so the traditional fixed-income investors who invest in bonds and CDs are finding it harder than ever to get a decent return on their money. 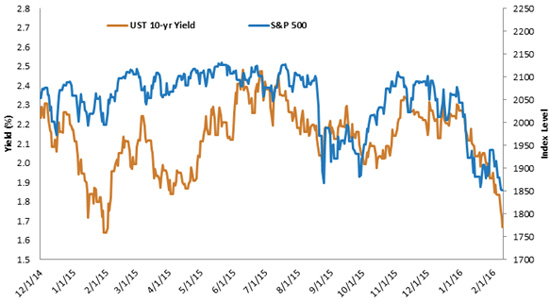 The rules for successful income investing have changed, and the growing use of NIRP as a monetary policy tool is an opportunity—not a millstone—if you’ve adopted the new Yield Shark income strategy that focuses on dividends instead of interest payments. 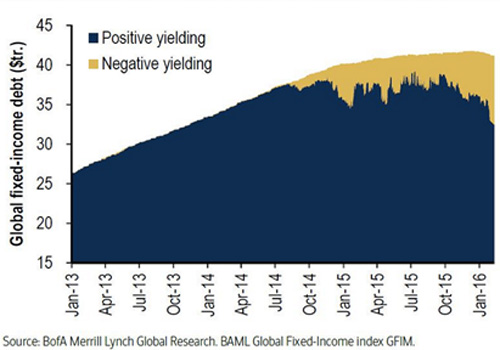 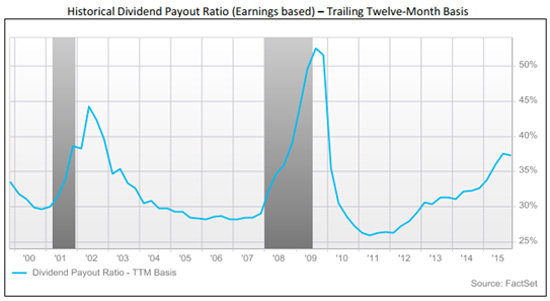 Dividend payments are not guaranteed like government bond payments, but the most important dividend warning sign—the dividend payout ratio as a percentage of profits—is flashing a “Coast is clear” sign.

On average, the companies of the S&P 500 are paying out less than 40% of their profits in dividends, a fat cushion of protection against dividend cuts.

Additionally, CEOs hate to cut dividends because they know their stock (and their precious stock options) will get hammered if they do.  If times get tough, instead of cutting dividends, I expect companies to instead cut stock buybacks.

Conclusion: Negative interest rates sound, well… negative, but NIRP will be a boon to a dividend-based strategy as yield-starved investors from all over the world dog-pile into dividend-paying stocks.

So stay away from the too-good-to-be-true offerings from companies like Aequitas Capital and check out our Yield Shark portfolio—risk-free with our 90-day money-back guarantee.