Economists disagree about job automation: Some see imminent doom, others think we can adjust. There’s not a lot in-between.

Time will tell who’s right. Meanwhile, the machines are climbing the skill ladder, learning complex tasks only the most skilled humans do now. Surgery is in that category.

Do you trust a machine to slice you open and dig around inside? Probably not.

But what if the machine does it better, faster, and cheaper? What will happen to human surgeons?

And if their jobs aren’t safe… is anyone’s? 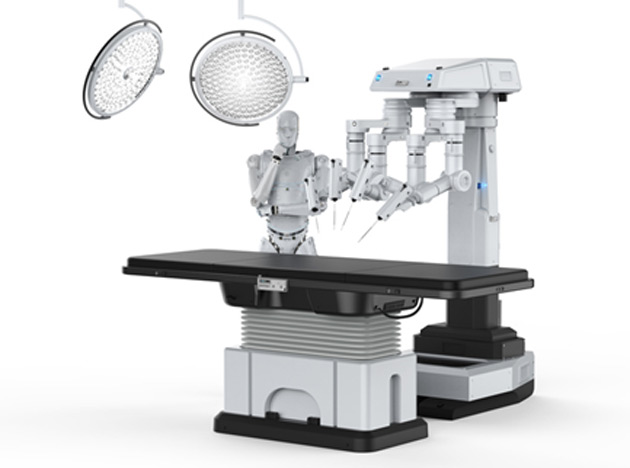 The 1976 sci-fi film Logan’s Run had a scene where Michael York went to the “New You,” an automated cosmetic surgery center. It had a human receptionist, played by Farah Fawcett, but machines did the cutting. The operation ended badly (video here), but it was a hint of things to come.

It is the most exacting of surgical skills: tying a knot deep inside a patient’s abdomen, pivoting long graspers through keyhole incisions with no direct view of the thread.

Trainee surgeons typically require 60 to 80 hours of practice, but in a mock-up operating theatre outside Cambridge, a non-medic with just a few hours of experience is expertly wielding a hook-shaped needle – in this case stitching a square of pink sponge rather than an artery or appendix.

The feat is performed with the assistance of Versius, the world’s smallest surgical robot, which could be used in NHS operating theatres for the first time later this year if approved for clinical use. Versius is one of a handful of advanced surgical robots that are predicted to transform the way operations are performed by allowing tens or hundreds of thousands more surgeries each year to be carried out as keyhole procedures.

On reading this, I started thinking of the economic consequences.

While these “robots” aren’t fully autonomous (yet), they amplify the human surgeon’s skills and increase output. We won’t need as many surgeons if technology makes them more productive—all other things being equal.

I mentioned this on Twitter, and Dr. Daya Sharma, an Australian eye surgeon, pointed out that other things aren’t equal. 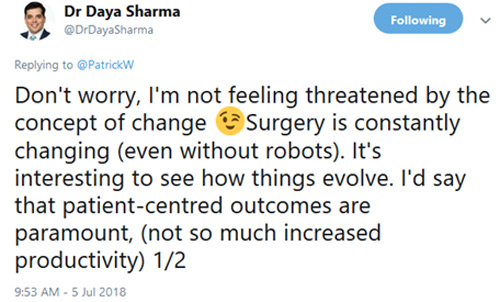 (Incidentally, Twitter has its problems but also enables marvelous conversations with people we would never otherwise meet. Dr. Sharma and I had a nice chat, which you can read here.)

Economists tend to focus on quantity rather than quality, probably because it is easier to measure. Dr. Sharma says better surgical outcomes are the real benefit to these robots.

Still, if we get both higher quality and more productivity, the result should be less demand for surgeons, right?

Surgery is always risky. Just being in the hospital among sick people exposes you to infection. Anesthesia can have serious side effects, and human error is always a possibility.

Then there’s the expense. The bizarre US healthcare system puts more burden on the patient, but surgery is costly everywhere. No one does it on a whim (though apparently we will in the year 2274, if Logan’s Run had it right.)

The decision to have surgery is structurally similar to an investment decision. In both, you look at risk versus reward.

You can’t get 100% certainty on either question, so you calculate the odds and make a decision.

Suppose the success rate under a human’s knife is 70% and the robot raises it to 95%. Further suppose the chance of adverse side effects drops from 1% to 0.2%.

If that happens, we might use surgery to treat minor conditions that don’t currently justify the risks.

Surgery could also become feasible for, say, cancer patients that doctors would otherwise deem uncurable and send to hospice care.

If so, the technology might not reduce the need for human surgeons; it could even increase it. And we’d all be healthier. 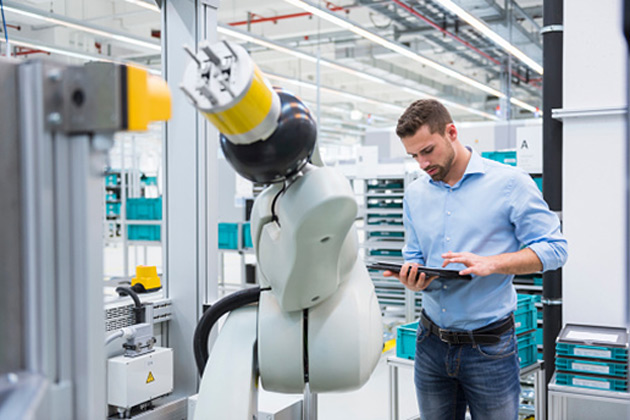 If we’re lucky, the same machines that replace jobs will also generate additional demand, which then creates new jobs.

There’s no guarantee it will happen that way. Even if it does, we’ll probably face a painful transition period between machines replacing people and new jobs appearing.

So rather than slow down progress, maybe we should think about helping each other make that transition. But don’t wait for politicians to solve this. Whether you’re a farmer, a factory worker, or a heart surgeon, crunch time is coming.

Now is the time to acquire new skills and build alternative income sources. You’re probably going to need them.