Who will be our next president?

That’s the most pressing question in America right now. And in less than nine weeks, we’ll get our answer.

As I type, Biden leads in most polls. But betting markets say it’s a coin flip.

Polls tend to be wrong... and betting markets are usually right.

Or guess at what might change depending on who wins.

(I’ll leave that to the talking heads on TV)…

Instead, I want to show you the one thing that’s guaranteed to happen no matter who wins this November.

It’s not a chart of a disruptor stock.

It’s from the US government... and it shows the amount of money in circulation in America: 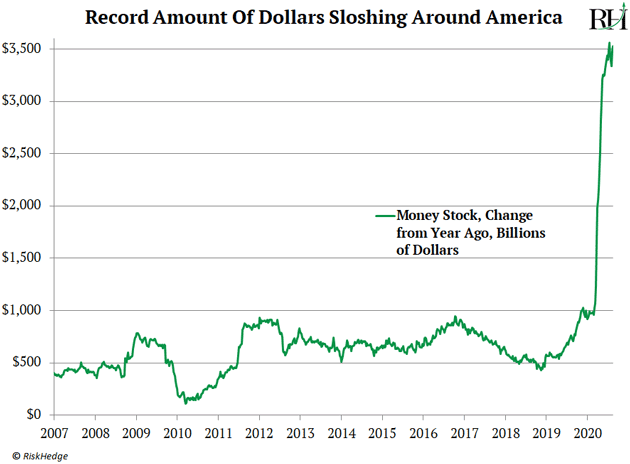 You can see it’s shot off like a geyser, as trillions of new dollars are being created and shoved into the economy.

As you probably know, politicians are spending money like drunken sailors right now.

Can you remember the last time Uncle Sam mailed $1,200 checks to practically every American adult, like it did this year?

The answer is never.

The amount of money being borrowed and spent right now is off the charts. According to Reuters, global governments will flood the world with $15 trillion this year to fight the coronavirus economic freeze.

And to fund this spending spree, governments are racking up record amounts of debt. For example, the US federal debt just shot past $26 trillion. And this year alone it’ll add $4 trillion to that pile!

We all know 2008 was a brutal year for the US economy.

The housing market collapsed, triggering the financial crisis. And to stave off depression, the US government injected $1 trillion+ into the economy.

At the time, this was totally unprecedented. Folks were convinced it would warp the financial system.

But when that trillion-dollar tidal wave of money hit America, it launched the longest bull market of all time. 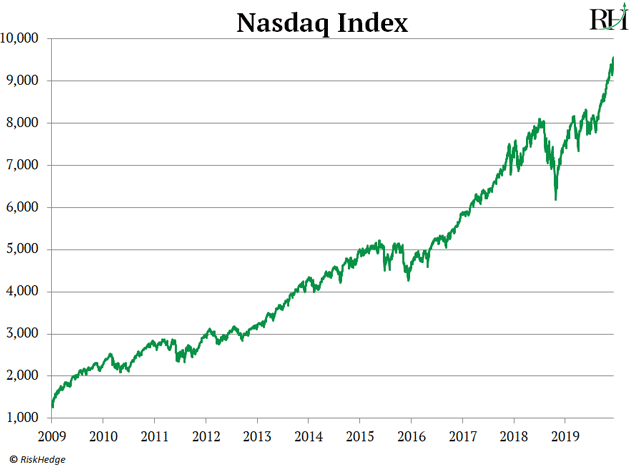 That’s the performance of the “average” stock. There are literally hundreds of shares that surged 1,000%+ in this period.

For example, Netflix (NFLX) jumped from a $3 billion “start-up,” to a $240 billion behemoth. The stock handed investors 80x their money!

In 2009, Tesla (TSLA) was a little-known $1 billion firm. Now, it’s the world’s largest carmaker… worth more than Ford, GM, and Fiat Chrysler combined!

The US government admits it. 60 minutes recently asked Federal Reserve Chairman Powell: “[Is it] fair to say you simply flooded the system with money?”

60 Minutes later asked “… how does what the Fed is doing right now compare to the unprecedented action it took in 2008?”

I know it’s tempting to tune out when economists start talking... but please listen to what the Fed is admitting:

We flooded the system with money in 2008... and we’re flooding it with far, far more money today!

There’s only one thing you need to know, and it’s not complicated…

A $1 trillion+ injection in 2008 kicked off the longest bull market ever. So what do you think a $15 trillion bazooka is going to do?

And that leads me to my 2020 election GUARANTEE:

This will send certain stock prices through the roof.

You can take it to the bank.

But it’s clear that whichever way America swings in November, the money is gushing and it’s not going to stop.

Both political parties are bent on doing everything they can to spur the economy higher with endless spending.

Do you hear any politicians promising to “balance the budget” right now? No… it would be political suicide!

According to Bloomberg, the US is on track to surpass national debt records from World War II.

Remember, a $1 trillion+ injection in 2008 kicked off the longest bull market ever.

With $15 trillion flooding the world this year alone… I believe we can make more money in the next year or two than most people make in a decade.

But there’s one HUGE difference between now and 2008.

By 2009, the S&P had sunk to a generational low of 670. You could’ve bought practically any stock or index fund and made good money simply riding the recovery wave.

Today, the S&P sits at an all-time high of 3,500. I doubt the “buy any stock” approach will work this time.

Like Zoom Video (ZM), which two days ago announced its revenue leapt an astounding 355% in one year!

Silicon Valley CEO Aaron Levie said of Zoom’s results: There is literally no playbook for these kind of numbers at this scale. Unbelievable.

He’s right. There is no playbook yet... because hypergrowth stocks like Zoom are an entirely new phenomenon.

I’ll have a lot more to say about hypergrowth stocks soon.

What do you think of all the easy money the US government is handing out? Tell me at stephen@riskhedge.com. 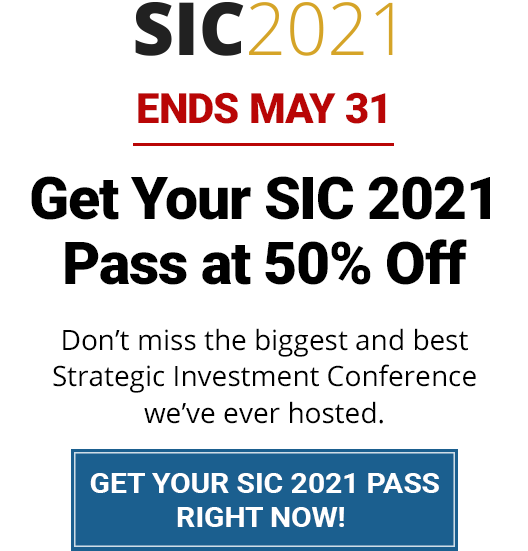 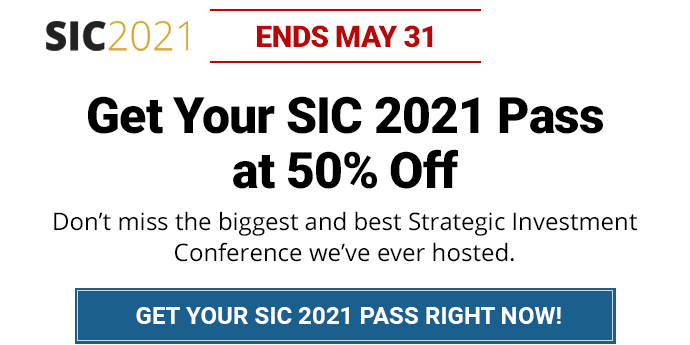