Jared Dillian is one of the industry’s most original, entertaining, contrarian voices. He is a master of market psychology and has been called “the Dr. House of trading,” with a staunch following ranging from casual investors to professional traders and hedge fund managers.

From 2001 to 2008, Jared worked at Lehman Brothers—first as an index arbitrage trader and then as head of the ETF trading desk. During this time, he routinely traded over $1 billion a day in volume.

He left Lehman Brothers to start a market newsletter for investment professionals, The Daily Dirtnap, which has been published continuously since 2008. Jared also currently writes Street Freak and The 10th Man, which have a combined readership of more than 200,000.

His memoir, Street Freak: Money and Madness at Lehman Brothers, was named Businessweek’s #1 general business book of 2011, and his first novel All the Evil of This World was published in 2016.

He is a regular contributor at Bloomberg View, Forbes, and other outlets. His media appearances include MSNBC, Bloomberg TV, The New York Times, LA Times, Business Insider and dozens of local and syndicated radio programs. Additionally, he is a teaching associate in the graduate business program at Coastal Carolina University.

He graduated from the United States Coast Guard Academy in 1996 with a B.S. in Mathematics and Computer Science, and received his MBA from the University of San Francisco in 2001. He lives in Myrtle Beach, South Carolina. People keep fire extinguishers and first aid kits in their cars. They test their smoke alarms twice a year. They purchase flood insurance. Why would you do all these things but just leave your money in the bank and hope for the best?

I have studied all kinds of financial crises. The thing they all have in common is that people who do not prepare get crushed. People who are not appropriately paranoid get crushed. A little paranoia is healthy. “On Europe, I’m somewhere in between ‘foaming at the mouth bullish’ and ‘veins popping out of neck bullish.’ The world is going to find itself suddenly very underweight Europe and very overweight the US. Very underweight emerging markets, as well. This trade is going to be big, and it’s going to last years.” What Makes a Good Investor

You have to be willing to be wrong and alone.

He who thinks, wins. 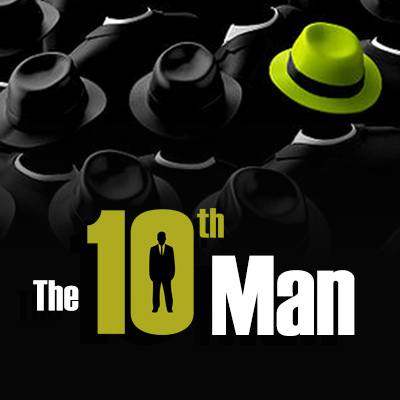 Every Thursday, Jared delivers a torpedo of incisive commentary that crushes consensus thinking and exposes the true workings of “Mr. Market.”

His free weekly newsletter isn’t called The 10th Man for no reason. It’s named after a strategy which states: if nine people agree on a particular action or plan, then the tenth must disagree in order to stir up alternatives to be considered. In short, it’s a mechanism used to avoid groupthink (a malady affecting a large percentage of investment newsletters).

In The 10th Man, Jared mixes instincts and experience to educate, entertain, and inspire trade ideas. He has called the top of right-wing populism… rang the bell on the Canadian housing market… torn apart bad economic forecasting… heralded a coming downturn… and more.

Much, much more. Free stock newsletters are thick on the ground, but to truly understand the value of The 10th Man, you’ll need to join its more than 200,000 other readers.

Best thing I ever read on Mauldin Economics. Keep grinding out that writing!”

I absolutely love Jared Dillian. He is brilliant, uncommonly honest, funny, and extremely knowledgeable. What a gift he is!” 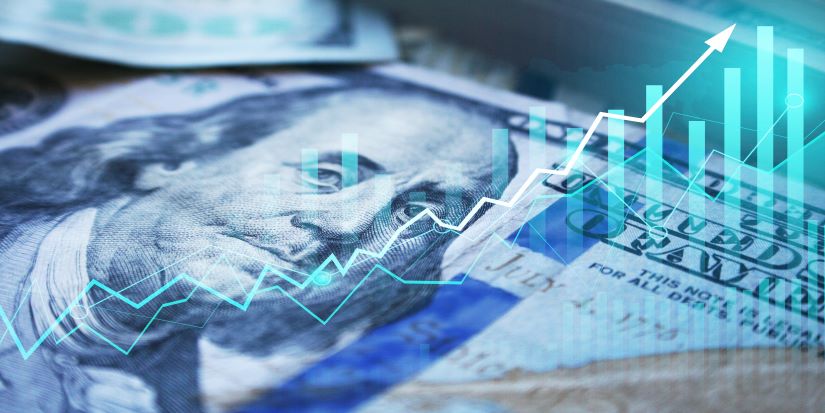 Don’t get married to your positions… 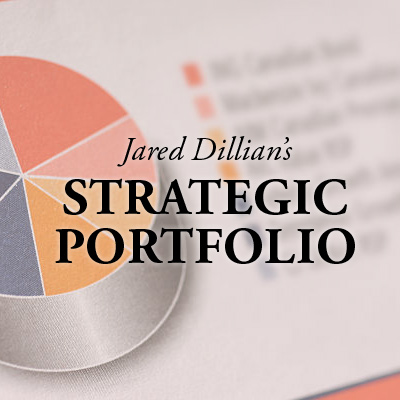 By subscribing to Jared Dillian's Strategic Portfolio, thousands of people have seized the chance to get ETF investing advice from Jared, former head of Lehman Brothers’ ETF trading desk.

ETFs present one of the most exciting, profitable opportunities available to investors today. Used correctly, they add diversification to your portfolio, give you access to markets you would be otherwise unable to invest in, and more.

If you’re new to ETFs, you will learn month by month about how they work, and the basics of building a portfolio. If you’re an expert, you will learn to approach asset allocation in a way you haven’t considered before. As Jared says, “everybody wins.”

So [Jared Dillian] wasn’t kidding, this is one hell of a deal.”

I really appreciate your offering this service at such reasonable subscription rates.” 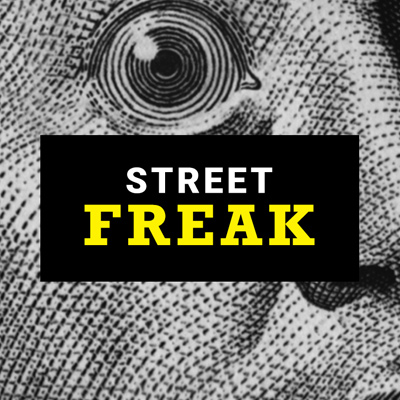 Written for contrarian thinkers who crave creative, fresh macro analysis and actionable trade ideas, Street Freak is Mauldin Economics’ most popular newsletter—and a standout in an industry where investment newsletters tend toward dull and boring.

Street Freak subscribers who have been following the portfolio since its inception have generated a 9.7% return… and a 12.9% return in 2016.

Every portfolio recommendation is born from a macro trend Jared has spotted. Then, a stock under consideration is stress-tested by Mauldin Economics’ proprietary Equity Evaluation System (EES), which measures more than 100 qualitative and quantitative factors.

If you value the contrarian viewpoint and want access to a high-performing portfolio targeting the best risk-adjusted returns, then Street Freak is a perfect fit for you.

Jared provides a viewpoint that is always fresh and a bit more than slightly off of the mainstream BS. His is generally on target. I have recommended Jared to others. Jared is real. Jared is fresh. Jared tells the why of what's happening.” 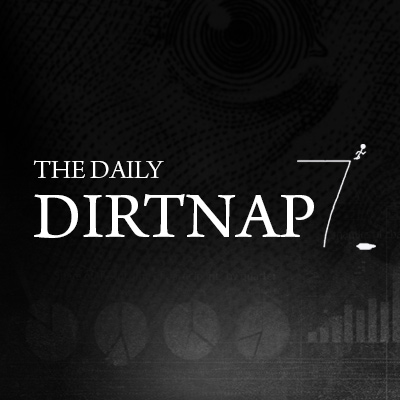 Some of the world’s largest and best-known banks, broker-dealers, and hedge funds, as well as sophisticated investors worldwide rely on The Daily Dirtnap for quick, fresh market insights around 225 days a year.

Freed up from the constraints of a weekly or monthly publishing schedule, The Daily Dirtnap is Jared uncut, unleashed, and quite unlike anyone else.

With his profound snapshots on sentiment, social psychology, behavioral finance, game theory, macroeconomics, and more, Jared gets readers thinking about the markets and trade ideas in a bold new way.

The Daily Dirtnap is also irreverent and entertaining—leaving other financial newsletters for dust. As Jared says, “My goal is to make my commentary a joy to read, in addition to being super-smart and timely as hell.”

If market psychology gets your heart racing… if you’d like to start your day with the insights of one of the sharpest, most agile thinkers in the industry… if you lean toward taking the other side of the trade… then you should think about joining The Daily Dirtnap.

Jared Dillian, an excellent former trader with a strongly contrarian bias, provides entertaining and thought-provoking comments on investment markets. I religiously read his comments and they always stimulate my thinking.”

People say that $600 seems like a lot for a newsletter but it is nothing compared to the value of just one piece of data, or one idea. In my case it was just one offhand remark—so [The Daily Dirtnap] is worth it already.”

Street Freak: A Memoir of Money and Madness

In the ultracompetitive Ivy League world of Wall Street, Jared Dillian was a scrappy and determined outsider. In Street Freak, he charts his rise from green associate at Lehman Brothers to the firm’s head ETF trader. Street Freak is far more than an account of the life of a trader—it’s a candid critique of the industry and a highly personal story, written with Jared’s unique wit and blunt honesty. 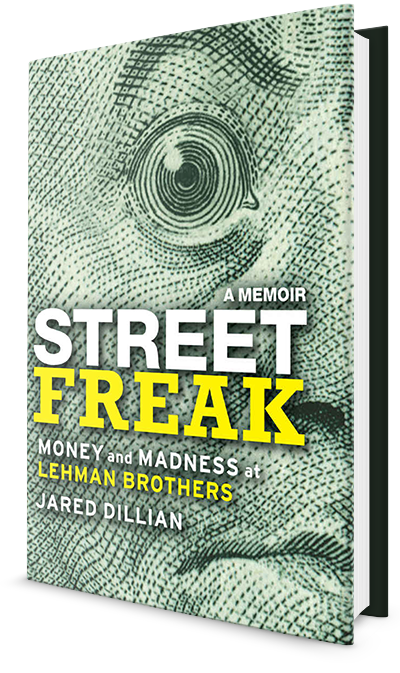 The best Wall Street memoir in a bunch of years. This guy can really write... for anybody who’s ever gone off the rails, or thought they might, it’s a comforting reminder that there’s always a way back.”

All the Evil of This World

Jared’s first novel is not for the faint-hearted—if you like Bret Easton Ellis, Irvine Welsh, and Thomas Pynchon, then you’ll love All the Evil of This World.

Set around 3Com’s spin-off of Palm in March 2000, All the Evil of This World weaves together seven separate voices from seven separate individuals. They all collide into the disastrous trade and out of it, and it variously unites them, implodes them, saves them, or destroys them. 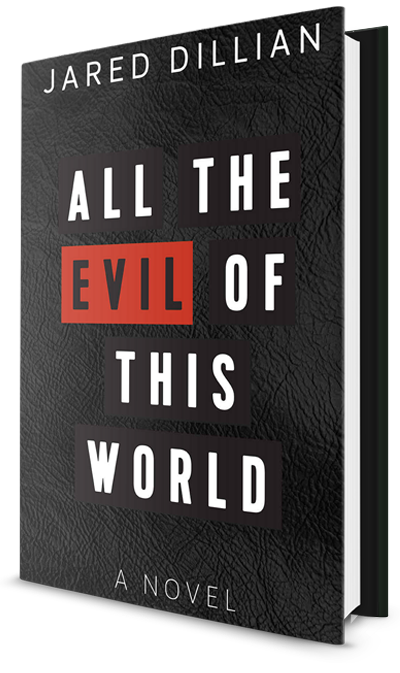 Oprah would hate this.”

All the Evil of This World is a wild ride that's hard to put down. It's a messy, captivating account of one hot trade. But it's really an absorbing, Bret Easton Ellis-style examination of Wall Street's underbelly at perhaps its ugliest and most exciting time.”