When COVID came along two years ago, it sparked a lot of fear—and not just fear of the virus. Some people were more afraid of virus restrictions hurting the economy.

“We’re going to be in a total collapse, recession, depression, collapse in our society if this goes on for another several months. As the president said, the mortality rate is so low. Do we have to shut down the entire country for this? I think we can get back to work...

“You know, Tucker, no one reached out to me and said, ‘As a senior citizen, are you willing to take a chance on your survival in exchange for keeping the America that all America loves for your children and grandchildren?’ If that’s the exchange, I’m all in.” 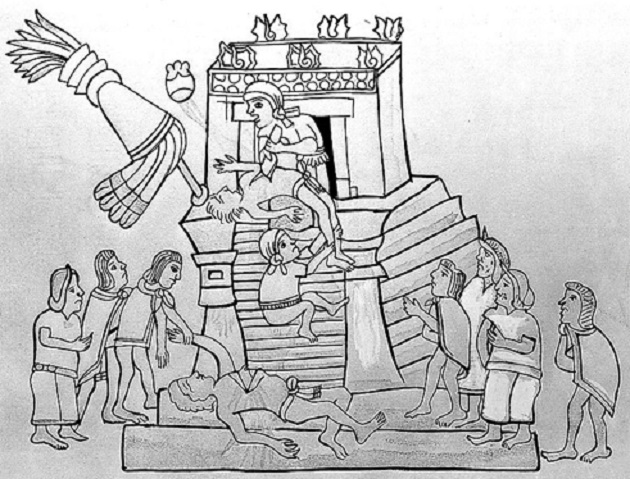 In other words, Dan Patrick thought many older Americans would sacrifice their lives to save the economy for their grandchildren.

That seemed crazy at the time. But as it turned out, he was right.

As 2022 unfolds, the primary concern isn’t that the US economy is too weak, but too strong. Our rapid growth is generating inflation and higher living costs.

The pandemic was certainly a giant disruption. Gross Domestic Product dropped sharply in 2020, then bounced back even as the coronavirus continued to spread. But that’s all behind us now. GDP is back where it was at the end of 2019.

Not every advanced country can say that. Here’s a chart showing real GDP growth in the G-7 countries from Q4 2019 through Q3 2021.

All the other G-7 economies are still below their pre-pandemic levels. Only the US has any real growth.

Let’s look at some other data from those same 7 countries. This chart shows cumulative COVID-19 deaths per million people. 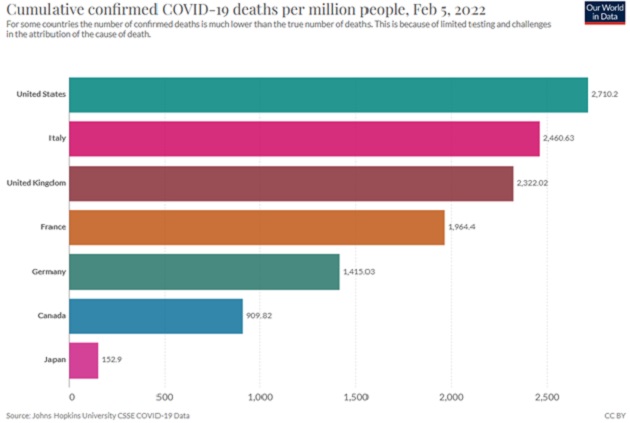 Of course, the comparison isn’t that simple. Many other factors led to these different results. Nonetheless, I don’t think it’s pure coincidence.

Some Americans—and government officials—decided early on that keeping the economy fully open was more important than suppressing the virus. Other countries made different choices, imposing significant restrictions. These choices had consequences.

The decision to let business proceed on mostly normal terms probably helped the US economy recover faster than the others. It may have also contributed to our higher number of deaths.

Was that the right trade-off? Whatever you think, it’s the choice we made.

In mid-2020 the Trump White House was urging governors to lift restrictions even as its own public health guidance said the opposite. Trying to explain it, I wrote…

“The only way this makes sense is if Trump and these governors have decided reopening businesses is more important than reducing virus deaths, but they don’t want to say so publicly.”

To be fair, this was never only a health crisis. Presidents and governors have to consider the big picture, including the economy, and find the best balance. Sometimes all the choices are bad.

I said back then it was a gamble with four possible outcomes, summarized in this matrix. 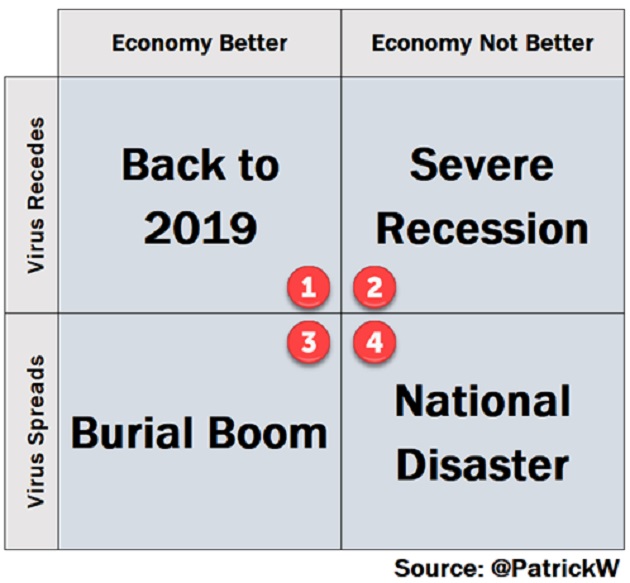 Now we know what happened: The virus kept spreading but the economy improved. We are in scenario 3, a Burial Boom.

The US achieved this, at least in part, by following Dan Patrick’s advice.

“The rationale for Aztec human sacrifice was, first and foremost, a matter of survival. According to Aztec cosmology, the sun god Huitzilopochtli was waging a constant war against darkness, and if the darkness won, the world would end. To keep the sun moving across the sky and preserve their very lives, the Aztecs had to feed Huitzilopochtli with human hearts and blood.”

Many even sacrificed themselves willingly.

“To give your heart to Huitzilopochtli was a tremendous honor and a guaranteed ticket to a blessed afterlife fighting in the sun god’s army against the forces of darkness.”

What kind of afterlife awaited those people, we don’t know. But the sun kept moving so it seemed to work.

About a third of the 900,000 US COVID-19 deaths (so far) occurred since vaccines became widely available. That means many who died could have lived, had they simply been vaccinated. The shots aren’t perfect but they greatly reduce serious illness and death.

Now the economy is performing well. Yet I think it would be doing even better if fewer people had made decisions that led to their own death or disability.

They didn’t have to choose; they (and everyone else) could have had it both ways. But that’s not the choice they made.