You may have noticed stocks have stopped going straight up. By itself, that’s not scary. Bull markets and high volatility can coexist, and often did until the last few years.

No, the scary part is that bull markets fall apart slowly.

Smaller cracks accumulate to set up the big breaks. History shows 2008 was a terrible year—but the Dow had peaked months earlier, in October 2007.

Even in 2008, the bull took a long time to collapse. The Bear Stearns collapse in March was even followed by a nice rally because people thought the worst was over. But six months later Lehman went bankrupt, and then it was six more months before the final bottom in March 2009.

So, like the metaphorical frog in boiling water, you can be in the middle of a bull market’s unraveling and not even know it—or at least not know how bad it will get or when it will end.

That should worry you because right now, the number of cracks is growing while the ability to patch them up is not. Let’s look at just three of those cracks. 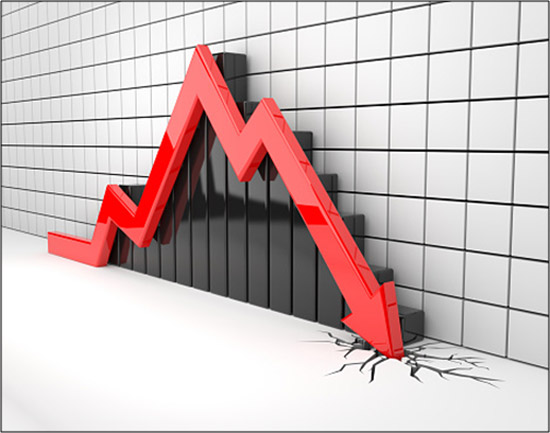 Panic buying is almost always a mistake, and sure enough, bitcoin fell from its peak of $19,000 in December to below $7,000 today.

Bitcoin fans are undeterred and convinced it will be back. Maybe so. But the more immediate effect is that crypto-mania soaked up a lot of uninformed risk capital that is now less able—and probably less willing—to take the risk of buying stocks.

This is important because according to Dow Theory, “distribution” is the first phase of a primary downtrend. That’s when the last buyers enter the market, buying stocks from big sellers who perceive signs of trouble. It gets worse from there… eventually a lot worse.

In this case, the distribution phase could already be near its end if those last few buyers already spent (and often lost) their cash on other, non-equity assets like cryptocurrencies. 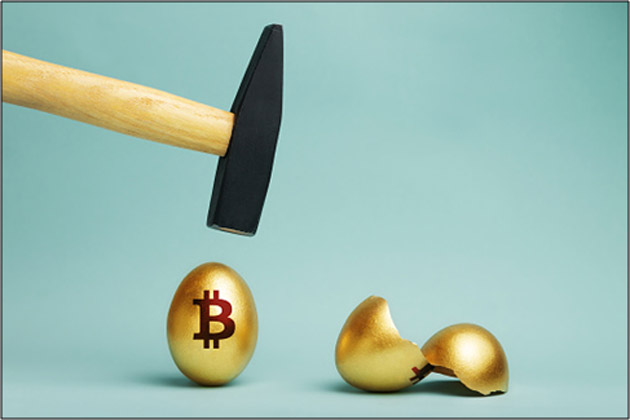 We entered 2018 knowing the Fed would both raise interest rates and reduce its bond portfolio. Those two factors might have been manageable, but others soon followed.

The tax cuts Congress passed in December, combined with subsequent spending bills, are driving up the federal budget deficit faster than most expected. That’s forcing the US Treasury to sell more bonds, which puts even more upward pressure on bond yields… while the Fed is already tightening.

Higher bond yields, in turn, make stock dividends a less attractive income source. At the end of March, the S&P 500 dividend yield was 1.85% and the one-year Treasury yield was 2.08%.

Yes, stocks have capital gains potential and T-bills don’t. But the bull market is nine years old now. It could continue—but it could also reverse, handing you capital losses as well as subpar yield.

To choose stocks now, you must accept lower income in exchange for higher principal risk. A growing number of buyers don’t like that deal. 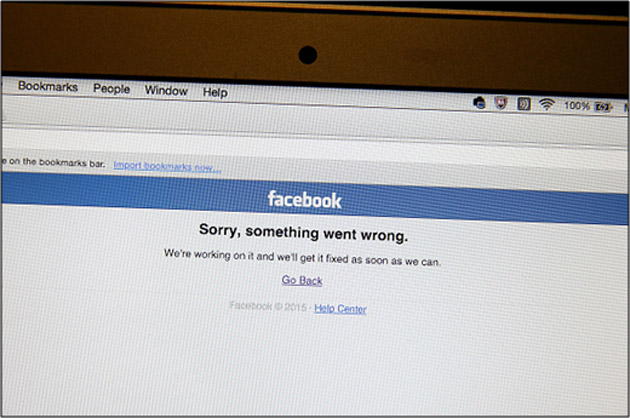 Every bull market has leaders. This one has depended heavily on a handful of giant technology stocks, namely Apple (AAPL), Amazon (AMZN), Facebook (FB) and Google’s parent company Alphabet (GOOGL). All these are having problems.

Apple’s expensive new iPhone X didn’t sell as well as expected, and Google Chromebooks are capturing its once-dominant position in schools and colleges.

Amazon is getting attacked by none other than the President of the United States himself, who says it is hurting small retailers and taking unfair advantage of the US Postal Service. Old-fashioned retailers are fighting back too.

Facebook’s success in gathering personal data to use for advertising has thrown the company’s whole business model into question. Regulators and lawyers are circling like vultures.

Google’s ad sales and data collection are also getting some negative attention, as is its near-monopoly position in many markets. Investors are starting to question the future.

These companies will likely survive and remain profitable. But their currently handsome profit margins probably won’t, and it’s already showing in their stock prices. That’s problematic for a bull market built on their once-reliable growth. 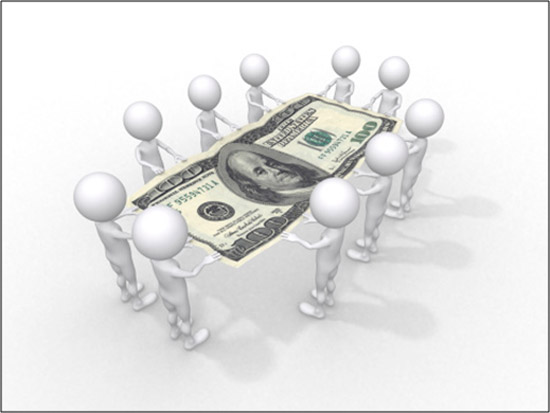 Those three cracks, plus others I haven’t mentioned, don’t necessarily mean a crash is imminent. We can’t even rule out a renewed uptrend—stranger things have happened.

For one, first-quarter earnings reports will probably look pretty good, but the tax cuts are funding share buybacks and debt reduction rather than pay raises and capital investments.

In other words, companies are effectively

That’s fun for a while, but eventually makes you sick. So I still think the risk of further losses outweighs the risk of missing further gains.

A cracked vase doesn’t spontaneously heal itself. The cracks get worse with time, not better.

In the last bear market, the ideal strategy would have been to either exit near the late-2007 peak or hold on through the whole storm. Few investors did either of those. Instead, they waited and then sold at lower prices. That wasn’t the intent, but it is what happened.

If you believe the top is in, now is the time to act. At the very least, start looking for opportunities to take profits and reduce exposure. Do it on your own terms, not the terms the market gives you. You’ll be glad you did.

“The tax cuts are funding share buybacks and debt reduction rather than pay raises and capital investments.” While true, this is only partially true and an over-statement. Manufacturing job growth is as good as it has been in a long time. Not only is unemployment down (U3 and U6), the quality of jobs is improving, the (qualified) people who want full-time jobs are finding them, and incomes are finally improving nicely. I expect capital investment to be strong this year, which will support higher productivity. Impediments to continued growth in risk capital seem principally: 1) A Fed simultaneously trying to unwind its massive balance sheet while increasing interest rates; 2) The rapidly expanding deficit, which will drive higher rates (and interest on the $21T debt); 3) Political uncertainty, which means policy uncertainty; 4) Periodic Trumpian episodes of Irritable Jowl Syndrome and other paroxysms, which create unnecessary uncertainty; 5) Geopolitical and trade regimen uncertainties, though chatter about “trade war” is overwrought.