We’ve escaped the frying pan and found the fire. COVID-19 cases are now growing faster than they were when the first US lockdowns occurred last March.

I live near Austin, Texas, one of the hotspots where hospitals are filling fast. The governor has paused his reopening plan. It seems likely much of the state will shut down again, whether he orders it or not. Businesses can’t stay open if customers stay home, or workers get sick.

Nationally, it took four to six weeks for the first shutdowns just to begin reducing infections. We are in for a rough summer if the milder measures now being taken show a similar lag. And economically, hopes for a quick recovery (which were always dim, in my view) are likely gone.

All this was predictable and preventable. Viruses reproduce as long as they can find new hosts. They don’t care who it is. They stop only when something deprives them of opportunity.

Yet here we are. We will get through this, but the economy will be far different on the other side.

When staying close to home becomes a matter of life or death, someone has to pay the price. 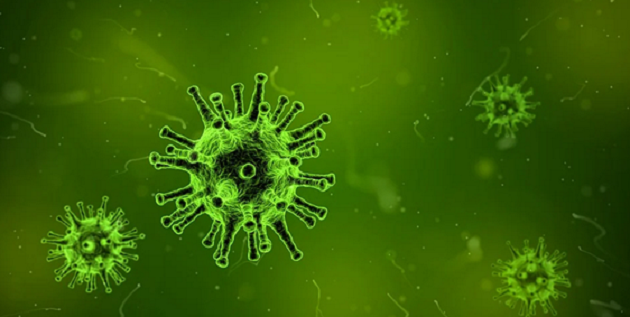 Trapped on a Plane

The pandemic’s economic impact doesn’t fall equally. Some industries feel it more because the conditions that spread the virus (crowds and confined spaces) are integral to their business models.

For instance, crowds are hard to escape when you travel.

Consider airlines. Even if you’re fortunate enough to fly first class, simply being on a plane puts you dangerously close to other people for extended periods. Not to mention the whole process of getting to the airport, through security, and to your gate.

Every person you are near is a potential virus carrier, and the virus is potentially deadly, particularly to older people and those with certain health conditions.

To stay in business, airlines must:

Both are important. It’s not enough that the airports and planes are safe. Travelers must feel safe. That’s hard when you look across the aisle and see this… 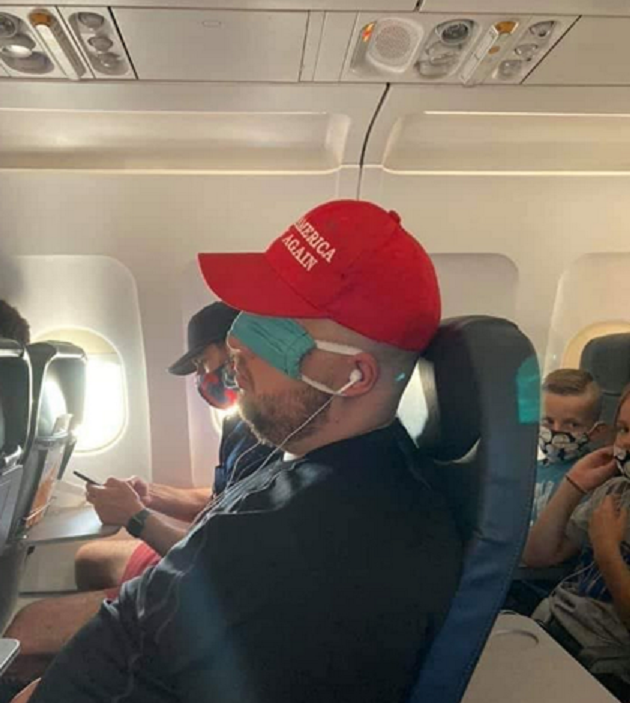 The MAGA-hatted person using a mask as a blindfold may be owning the libs, but he’s also hurting the economy. He is telling everyone, “You should stay home because people like me make travelling dangerous.”

This is an unsolvable problem.

Airlines can require masks, and most do, but how are they supposed to enforce it? Have the police drag people out of their seats? Land the plane every time someone decides to unmask during a flight? That’s just not possible. Nor is it possible for everyone else on the plane to escape the perceived threat.

Buying a plane ticket means you could be trapped next to a reckless person. Airlines can’t control this risk, and it is both inevitable and unacceptable to many consumers.

That means fewer people want to fly, which makes the hotels, restaurants, and other businesses they would have visited lose revenue.

The pandemic has also decimated the once-vaunted “sharing economy.” Staying in a stranger’s home is the last thing most people want to do now. This is a problem for the vacation rental business.

I will go on the record to say that travel will never, ever go back to the way it was pre-COVID; it just won't…There are sometimes months when decades of transformation happen.

Chesky doesn’t think people will stop travelling, but how they travel will change. He believes “mass tourism” to well-known landmarks will become less popular. People will still go on vacation, but they’ll disperse to less-crowded places, closer to home.

He also thinks business and convention travel will keep hurting. These stay-home months taught us how to have meetings and conduct business remotely. That genie isn’t going back in the bottle.

This will affect airlines that depend on business travel, along with the luxury hotels, high-end restaurants, and other related services.

But it doesn’t end there. 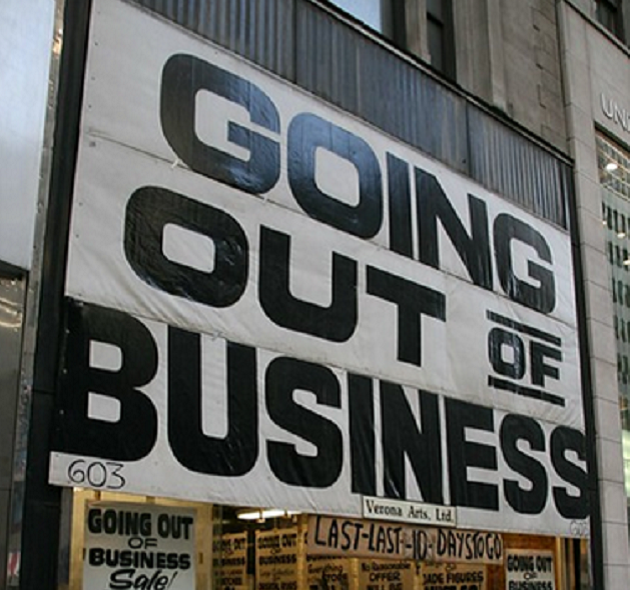 Most business travel isn’t “travel” at all, but commuting. People wake up in their own homes, go to an office for work, then come back home at night.

Companies need less office space when most of their people work from home, as they have been recently. And in many cases, it’s looking like a permanent change. Bad news for commercial real estate.

That’s on top of the many retail stores and restaurants that have either closed, or are unable to pay anything like the rent they once did.

Real estate is a highly leveraged industry. When landlords suffer, lenders suffer, too. And the loans are often bonds held by banks, mutual funds, and pension plans.

Like a virus, a credit crisis can grow exponentially. You may think this isn’t your problem. I suggest you think again.