A distressing aspect of the pandemic—aside from the sickness, death, and recession—is the way it turned into a political and social wedge.

I wish, back when it started, we could have all pledged something like this:

“OK, here is a big problem none of us wanted. We’ll sort out the blame later. For now, we need to cooperate on the solution. We’ll trust experts to give us their best advice, knowing they will modify it as they learn more. We’ll accept some inconvenience, forgive each other’s mistakes, and just get through this.”

But no. Every little thing became an argument, at least in the US. I think this reflects a broader loss of trust among Americans.

In any case, it’s an economic problem because trust is the grease that enables growth. Lack of it extended both the pandemic and recession.

The vaccines that will get us out of this mess are also triggering a whole new argument. 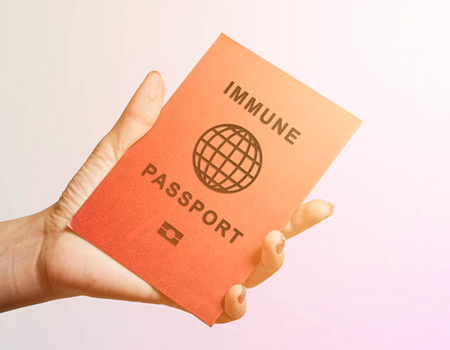 Disasters, wars, and pandemics should be times in which everyone works together against the common threat. We’re all in the same boat, so to speak.

Except we’re not in the same boat. Some have been able to work at home, have food delivered, and otherwise avoid the threat. Others—including those who made it possible for the first group to stay safe—remained exposed.

So that was frustrating and divisive. The vaccines were supposed to equalize it by protecting everyone. So far, they’re proving very safe and effective, including against the known variants. That was a big concern back in January.

Better yet, the latest studies show fully vaccinated people are protected not only against severe disease, but are also unlikely to infect others.

So the data is encouraging. But now we’re in an awkward in-between period.

If we ever were in the same boat, we’re certainly not anymore.

We spent months adapting to an environment where everyone was a potential virus vector. Measures like masks and social distancing were the best response we had. Now we have a sizable and growing number for whom these precautions are no longer as necessary. They naturally want to be freed from the burden.

Meanwhile, others who aren’t yet fully vaccinated want the same. But doing so may endanger both themselves and others.

Vaccinated and unvaccinated people are both circulating in public, and there’s no easy way to tell them apart. This is a problem. Vulnerable people can’t tell if those around them are safe or not.

It affects business, too. Theaters and music venues, for instance, will have more customers if they can offer reasonable assurance everyone in the crowd is vaccinated.

The problem will recede as more people are vaccinated. But for now, we need better solutions.

“Vaccine passports” are one idea. An app on your phone or some kind of secure document would prove you received the vaccine.

Some object to this on privacy grounds. They seem very concerned about having to prove they received a couple of injections.

But if you did, in fact, receive those injections, disclosing it to others doesn’t reveal anything private about your body. It just says you got some shots. That doesn’t seem too intrusive.

So for some, I think the real problem is…

The first part is fair. No one should be legally forced to receive a drug they don’t want. Survey data suggests about 20% of American adults are in this category.

But if you decline vaccination, it doesn’t follow that you still get the same privileges as those who chose differently. You aren’t the only one with rights.

Vaccine passports would have many possible uses. Some may be government-mandated: entering the country, riding a city bus, etc.

Are those proper? Maybe, but that will be up to federal, state, and local leaders, who are accountable to voters.

Economically, the harder issue is private property. Can restaurant owners check vaccine passports before admitting someone? Should they?

That’s really not your choice, or mine. It’s a business decision for restaurant owners. They can judge what is best for their customers, workers, and communities.

But whatever the law says, common courtesy says property owners can set their own rules. If you don’t want to obey them, don’t go there.

Oddly, though, in the last year some otherwise courteous people who once defended private property rights stopped doing so. Now their supposed “right” to go wherever they want overrides everything else.

That attitude isn’t just childish. It’s inconsistent with a free economy. It says “your” premises aren’t really yours. You must admit me even if you know I could harm your workers. That’s not freedom.

More to the point, businesses can’t operate that way. It would keep consumers wary about their safety, thereby prolonging the recession.

Is that really what we want?