Here’s a loaded question for you: “What could go wrong?”

In some contexts, it can express mistaken confidence, as in, “Sure I’ll put my hand between that crocodile’s jaws. What could go wrong?”

Investors should ask the same question before entering a position. “What risks am I taking with this trade? What could go wrong if it doesn’t go as planned?”

But here’s the problem: What if you never think to ask the question because you have no idea you’re in that trade?

And guess what—this is your problem if you are a taxpayer anywhere in the US. 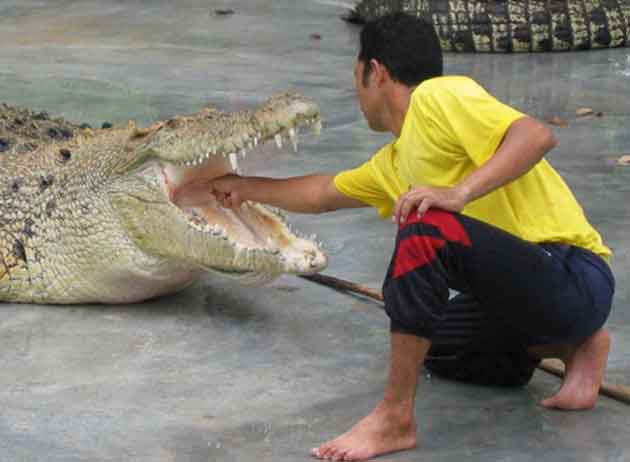 Part of my job is helping John Mauldin with the research for his Thoughts from the Frontline letters. Regular readers know John isn’t a doom-and-gloom guru. He’s optimistic on most of our big challenges.

Except for a few things—like the brewing state and local pension crisis.

The more John and I dig into it, the worse it looks. We have both spent many hours trying to find any good news or a silver lining, without success.

All over the US, states, cities, school districts, and other governmental entities have promised their workers generous retirement benefits, but haven’t set aside enough cash to pay what they will owe. At some point, perhaps soon, either they will have to cut benefits to retirees or stick taxpayers with a huge bill, or both.

You can read John’s September 16 letter, Pension Storm Warning, to learn more. Then you’ll see why he says to Build Your Economic Storm Shelter Now.

What else could go wrong? Plenty. 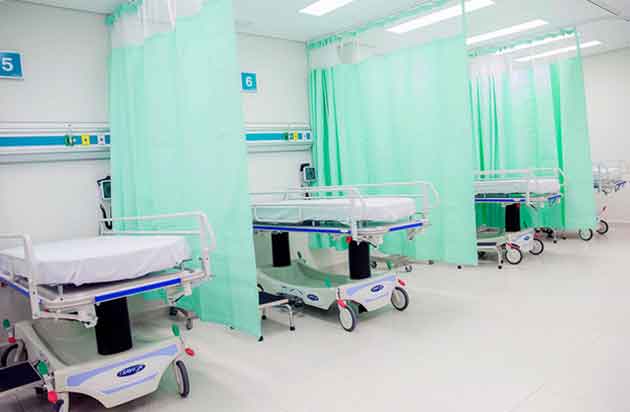 Healthcare Goes on the Books

Healthcare is expensive even in the best circumstances. Imagine your health insurer had promised to cover your medical expenses but hadn’t set aside any cash to pay for it.

Remarkably, that’s exactly what has happened. Governments currently disclose their retiree healthcare liabilities only in footnotes to their financial statements. Many have saved little to no money to cover those future expenses.

That’s about to change.

That’s on top of the estimated $1.1 trillion in unfunded pension liabilities they already had. In other words, this giant problem that no one knows how to solve is about to get 59% worse!

Or, more accurately, it’s going to look 59% worse. The healthcare shortfall isn’t new. What’s new is that local governments have to stop obscuring it.

What else could go wrong? Plenty. 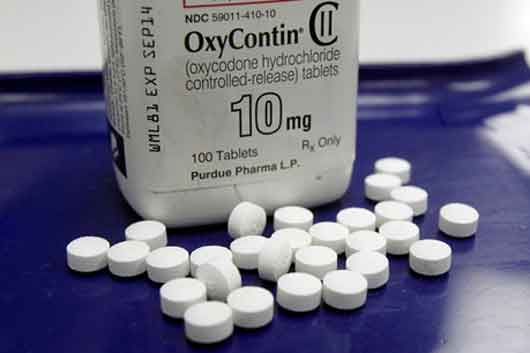 Now, let’s add another crisis on top of the already-terrible one that just got 59% worse.

You’ve probably heard about the opioid drug abuse that is killing thousands of Americans. Putting numbers on it is tricky—often, multiple factors contribute to the same death. The Centers for Disease Control estimates opioids played a role in more than 33,000 deaths in 2015. No one thinks the numbers have improved since then.

The deaths aren’t evenly distributed. This Reuters graphic shows the heaviest concentrations in the Midwest, New England, and New Mexico. 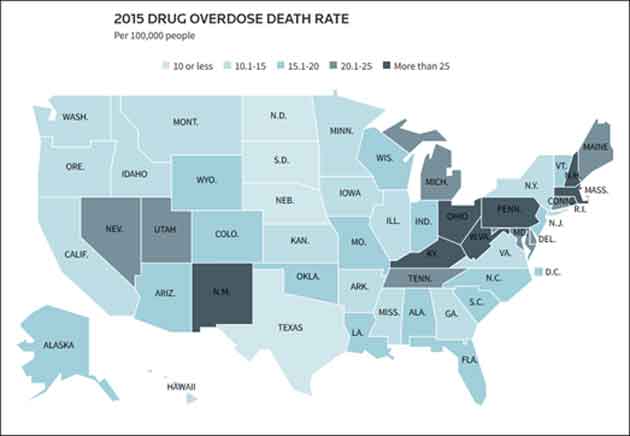 It’s probably no coincidence that some of these states also suffered above-average economic pain in the last decade or two.

The deaths from overdose and the even larger number of near-deaths are putting a huge strain on local government finances in those regions.

A recent Reuters investigation found costs soaring for everything from ambulances to autopsies. Cities and counties are racking up huge bills for courts, prosecutors and public defenders, jails, and treatment programs.

The small towns and counties dealing with this opioid plague are often the same ones whose pension plans and healthcare expenses are already underfunded.

That’s bad news for current retirees, workers who hope to retire, and taxpayers who will ultimately foot the bill. In a word, everyone.

But that’s not all.

Acevedo said he knew this wasn’t in the budget, but the alternatives were worse. Lives were at stake, and the city needed its protectors more than ever.

The hurricane is over, but the Harvey expenses are just starting. Houston may have to spend $250 million on the disposal of flood debris… and the city is only part of the affected area.

Houston’s pension plans were already on shaky ground, so this won’t help. Many local governments in Florida, Puerto Rico, and the US Virgin Islands may see the same, thanks to Irma and Maria.

So what does it mean to you?

For one, we should plan for substantially higher state and local taxes in the future.

And if you’re a public worker or retiree, you better think about how you will make ends meet if your benefits get slashed.

I’m going to do my part by working even harder to find income-generating investments for Yield Shark subscribers, so they can replace what the pension crisis may cost them.

This is, as John Mauldin says, a problem we can’t just muddle through. All we can do is prepare for it—and now is the time to start.

What four words will make a rich man sad and a poor man glad, “This too shall pass.”