Back in the 1990s somebody coined the phrase "jobless recovery.” It describes an economy where recession is over, but unemployment remains stubbornly high.

The Great Recession, for example, officially ended in June 2009. Yet the unemployment rate kept rising for another year and didn’t regain its prerecession level until 2016. Millions of laid-off workers stayed in their own private recessions while the economy grew without them.

Now look at today. GDP growth is weakening. Many economists expect recession in 2023 even though unemployment is historically low. Job growth has slowed but vacancies still far outnumber available workers.

In other words, this is the opposite of a jobless recovery. What do we call it? My idea is “Working Recession.”

But whatever you call it, I think this isn’t an accident. It’s a rare example of policymakers doing the right thing at the right time.

That’s not necessarily a genius move; maybe they’re succeeding accidentally. In either case, it seems to be working… and the result could be a kind of economy unseen in decades. 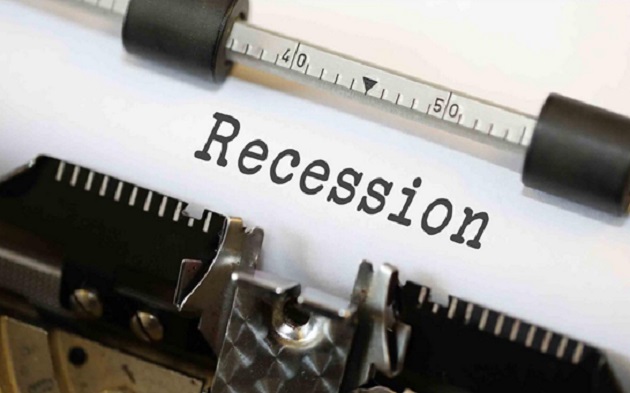 The Federal Reserve has a “dual mandate” from Congress. It is supposed to promote both maximum employment and price stability (i.e., minimal inflation), while maintaining moderate long-term interest rates.

These goals can conflict with each other. Maximum employment should raise wages, which makes price stability more elusive. The Fed has a tough job finding the right balance even in normal times. The COVID pandemic made it even tougher.

That first year, 2020, brought a giant unemployment spike and massive fiscal and monetary stimulus. By early 2021 the economy seemed headed back to normal, or at least out of crisis. The new problem was inflation—but not the normal, cyclical kind. This inflation grew out of production disruptions, supply chain breakdowns, and higher energy prices instead of excessive growth.

Jerome Powell and other officials called the inflation “transitory” and maintained their stimulus policies. They prioritized “maximum employment” ahead of “price stability” until early 2022.

This earned the Fed a lot of criticism. Many said it could have avoided or at least minimized inflation by raising rates sooner. That may be right, but it might also have kept unemployment higher. 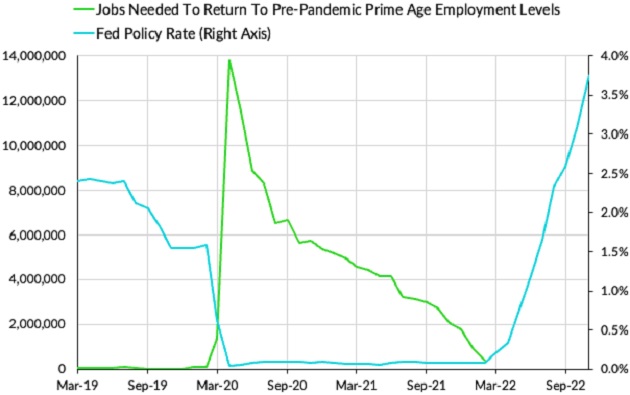 Intentionally or not, the Fed’s delay in attacking inflation probably helped restore the jobs lost in the pandemic and created millions of new ones. Was that the right choice? Maybe, maybe not. But it’s the choice they made.

There’s a deeper trend here, too. The demographic situation would be producing a labor shortage even if the pandemic had never happened.

I wrote this last year in Too Much Capital, Not Enough Labor.

“Labor was abundant for most of human history. Birth rates were high, and most work didn’t require a lot of education. This changed as the Industrial Revolution made jobs more technical and artificial birth control reduced family sizes.

“But countering that, we had a postwar Baby Boom. More women entered the labor force, and globalization let large countries like China and India deploy their vast labor supply more efficiently.

“Capital was historically scarcer. But recently, its supply grew as modern financial markets let it flow more freely. That combination—abundant labor and abundant capital—explains much of the furious growth seen in the last few decades…

“Now we have a different combination. The economy has more capital than ever, thanks to the Federal Reserve and other central banks. Money, and the things it can buy, are everywhere.

“What’s not everywhere is labor, or at least skilled labor, as Baby Boomers retire or die and younger generations have fewer children. The other labor growth factors—women working outside the home, China’s emergence, etc.—were one-time events. Nothing else like them is on the horizon.

“That’s why wages are starting to rise. It’s simple supply and demand. When employers have multiple applicants for every open position, they can choose the one they consider most cost-effective. That was the case for years. Now, in many industries, it’s not.”

An economy with surplus capital and scarce labor is unlike anything in living memory but seems to be where we’re going. In that environment we probably won’t see mass layoffs during recessions.

In fact, we may not have “recessions” at all, at least in the sense we presently know them.

The scales have to balance. How does the economy adjust if mass unemployment isn’t possible?

One way is for the business cycle to flatten. The boom-bust cycle could have smaller swings, with lower but more consistent GDP growth, higher interest rates and inflation, and fewer job losses.

As for next year? Fed officials could still screw things up any number of ways. But if we’re lucky, “Working Recession” will be the next stage.