The official employment data is a bit confusing.

The US Bureau of Labor Statistics says 9.5 million Americans were unemployed in June. Another 4.6 million had part-time jobs while seeking more. And another 6.4 million weren’t actively looking but said they wanted jobs.

So if this data is right, over 20 million people are experiencing some level of employment distress. But not all are getting help; the Department of Labor reported 13.8 million people receiving unemployment benefits as of June 26.

That’s a lot of unemployment when, according to the “JOLTS” job openings report, US employers had 9.2 million job openings in May (this report runs a month behind).

How do we reconcile this?

Some blame it on extra pandemic unemployment benefits, yet job openings remain high even in states that ended them early. So that looks like a partial explanation, at best.

The numbers will sort out eventually. Meanwhile, we know two things with high confidence.

In theory, higher wages should solve this shortage. Supply and demand will balance at the right price.

Wages are indeed rising, but apparently not enough. Workers seems to want more than employers are willing or able to give.

Frustrated employers are looking more closely at job automation. The machines can make a difference even if they don’t directly replace humans. All they have to do is make existing workers more productive.

Unfortunately, I don’t think this a solution they’ll try… at least, not anytime soon. 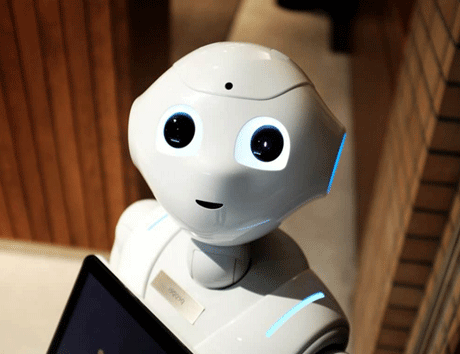 Worries that robots will steal human jobs aren’t new. For example, back in 2017 I wrote about the potential economic devastation of school bus and truck automation.

At the time, Tesla (TSLA) had recently disclosed its work on autonomous electric cargo trucks. They seemed to be making progress, too. Reuters reported the company had sought permission to test its trucks on Nevada’s public highways. Elon Musk tweeted (with his usual modesty):

That was over four years ago. Seen any Tesla driverless trucks yet?

Autonomous vehicles aren’t killing jobs, nor will they do so soon; even if this Musk dream comes true next week, it will take a few years for significant numbers to reach the road.

Job automation isn’t an instant process. Most employers can’t just say, “Enough with these uppity job applicants. I’m switching to robots.” Even if the technology exists, implementation takes time. Meanwhile, they have to keep operating with humans.

And it turns out humans want more than just a livable wage.

This labor shortage is producing many stories about unhappy employees. It isn’t just the pay that bothers them.

For example, this month 11 workers quit from a Lincoln, Nebraska, Burger King. The incident went viral with pics of their “We All Quit, Sorry For The Inconvenience” message on the outdoor marquee sign.

The departing employees (including the general manager) said pay wasn’t the issue. The store’s air conditioning had been out of order for weeks, making the kitchen unbearably hot. They said management was either unresponsive or dismissive.

And at a Frito-Lay manufacturing plant in Topeka, Kansas, almost the entire workforce is on strike. They claim to be working as much as 84 hours a week, with no days off. And, as at the Burger King, air conditioning is an issue. One worker wrote an open article describing the conditions.

At 7 am, our warehouse is 100 degrees. We don't have air conditioning. We have cooks in the kitchen on the fryers that are 130 or 140 degrees making chips and sweating like pigs. Meanwhile, the managers have A/C… This is from a Fortune 500 company that is making billions.

Air conditioning might have prevented both those situations. Comfortable temperatures raise productivity and may even reduce the need to raise pay. The payoff for shareholders would be quick and significant.

However, a company whose managers think a simple technology like air conditioning isn’t necessary probably won’t rush to replace humans with the latest robots. They believe they already have robots. 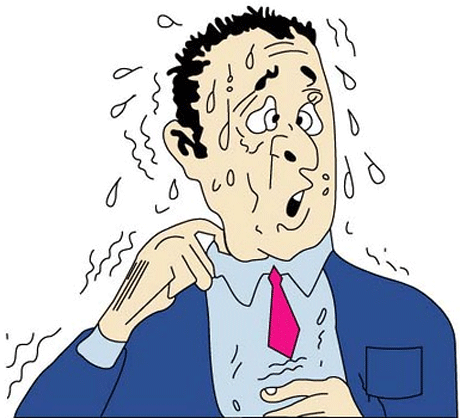 Employers are in a tough spot.

Their best bet is to do whatever it takes to make existing workers more productive. That starts with providing safe, comfortable working conditions. It’s not hard and not necessarily expensive. But inexplicably, some employers still don’t want to do it.

In the past, major change had to be forced. The 1938 Fair Labor Standards Act (FLSA) gave US workers time-and-a-half pay for working more than 40 hours a week. Opponents at the time predicted the sky would fall. Here’s Rep. Edward Cox (D-Georgia):

“[The Fair Labor Standards Act] will destroy small industry... [these ideas are] the product of those whose thinking is rooted in an alien philosophy and who are bent upon the destruction of our whole constitutional system and the setting up of a red-labor communistic despotism upon the ruins of our Christian civilization.”

Also in 1938, the National Association of Manufacturers said FLSA “constitutes a step in the direction of communism, bolshevism, fascism, and Nazism.”

Yet 80+ years later, the US economy survives. Protecting workers from excessive hours didn’t destroy small industry. But today we still have Americans working in literal sweatshops, and employers who see no problem with it.

This is going to change. If market forces don’t do it, political forces will.