When the next recession hits the US, the Fed will likely want to print more money to relieve the suffering. Unfortunately, there’s no evidence that the last QE experiment boosted the economy, and I don’t think the next will, either.

QE was nothing but a waste of $4 trillion—or a gift to the rich—at the expense of the poor. For all the crowing about how quantitative easing worked, it mostly helped Wall Street and the top 20% of earners maintain their asset prices.

What is apparent, however, that QE did very little for Main Street. Let’s look at the following charts, which show better than 1000 words what impact QE had on the average American worker and the bottom 90%.

Median household income in the United States is down 8.5% since 2000 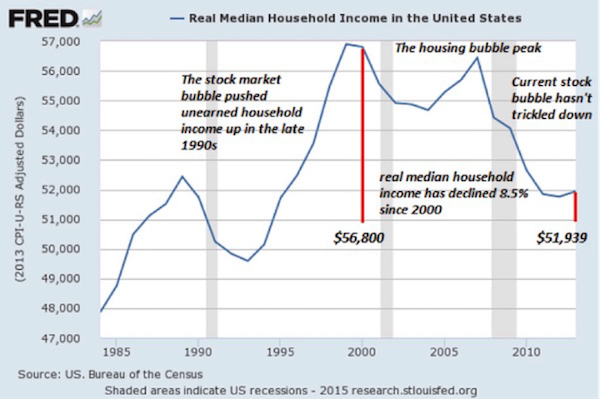 The wealth of US families fell since 2007

The median net worth of US families has fallen sharply since 2007 and is roughly back where it was 24 years ago. 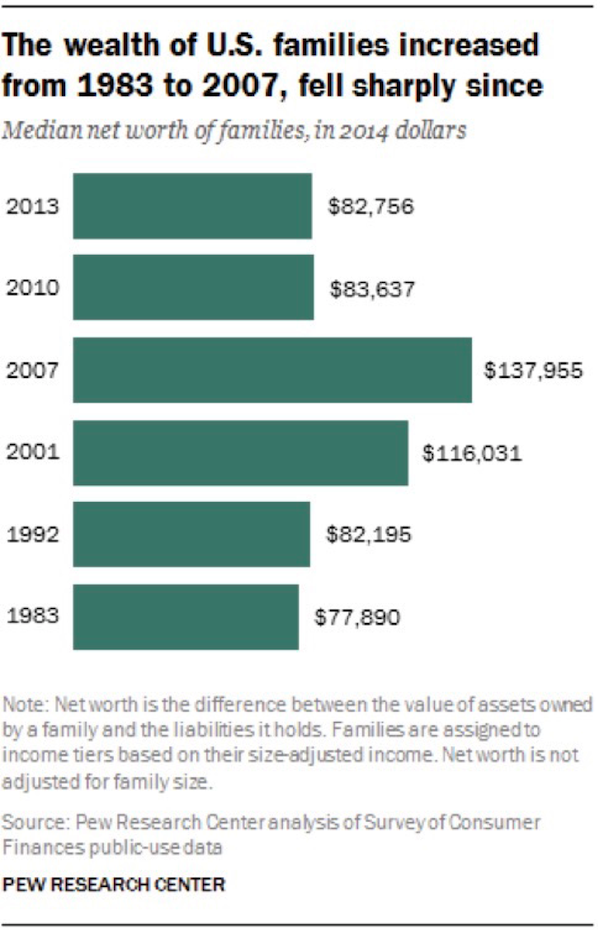 And that economic malaise is affecting all education groups. Even those with advanced degrees have seen their incomes stagnate since 2007: 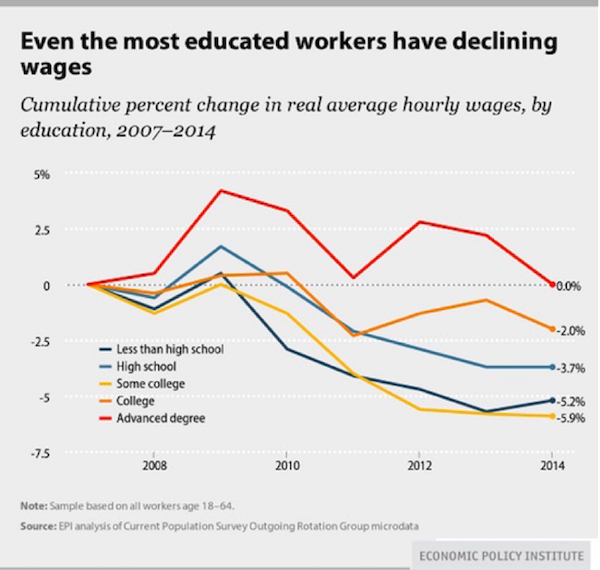 And while incomes have stagnated, the real cost of goods and services has increased much more than the purported inflation rate suggests. The cost of housing, utilities, and local taxes has certainly increased beyond inflation levels. And don’t even get me started on how much child care has gone up, crushing families who can least afford it.

This next chart paints our economic situation in even starker terms. The bottom 90% of Americans have seen their overall income drop. Low interest rates and quantitative easing have dramatically helped the top 10%, and we could break out the numbers to show that it’s actually the top 25% that have benefited, though the further down the income chain you go, the less the Fed’s tinkering has helped.

The financialization of America is directly responsible for this turn of events, and rather than helping GDP growth as it was intended to do, it has thwarted growth. 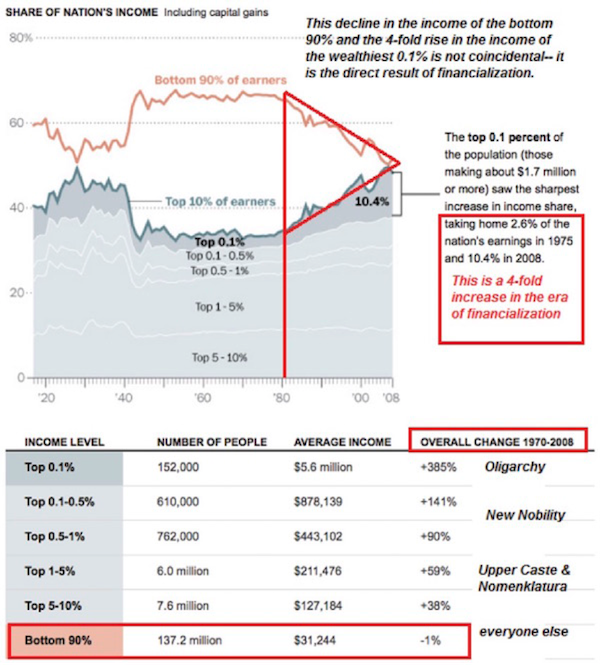 We need to do something, something radical, to shake up the system, to make sure those at the bottom get an increase in income all the while making sure that we don’t push the economy, which is already stalling, into a dive.

Economics and politics as usual simply won’t cut it.