Interest rates are barely above zero in the US, but that may not last for long as the list of developed countries that are now at negative interest rates is growing.

The Bank of Japan joined the NIRP club in late January, and the outlook for income investors became even drearier. 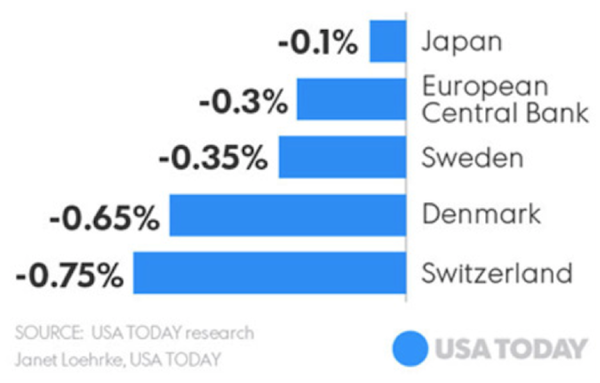 Think negative interest rates can't happen in the US? Wrong!

Janet Yellen, Vice-Chairman Stanley Fischer, and New York Fed President Bill Dudley have all said that negative interest rates are something they are considering.

I believe it's only a matter of time before those Federal Reserve fools join the NIRP club, so you should consider it a very distinct possibility.

The world isn't waiting for the Fed, though; a staggering $5 trillion of sovereign debt has already dropped into negative-yield territory. So the traditional fixed-income investors who invest in bonds and CDs are finding it harder than ever to get a decent return on their money. 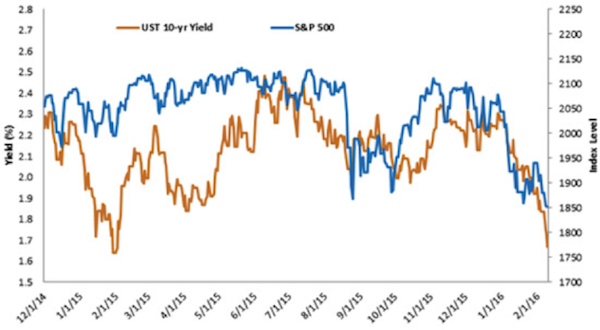 The rules for successful income investing have changed, and the growing use of NIRP as a monetary policy tool is an opportunity-not a millstone-if you've adopted the new Yield Shark income strategy that focuses on dividends instead of interest payments. 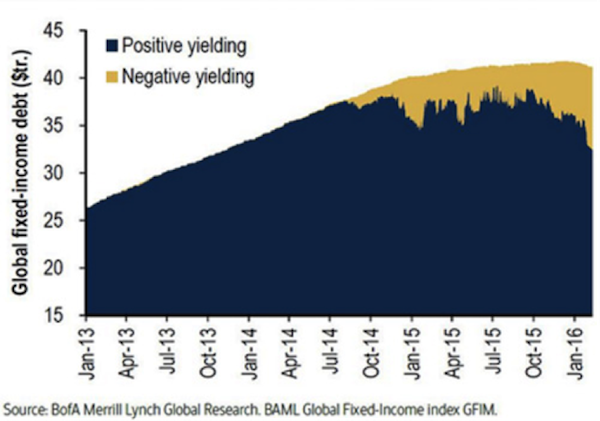 In fact, dividends are looking better than ever because the dividend yield for the S&P 500 has increased to 2.25% as of the start of 2016. Moreover, the yield on the 10-year Treasury bond has dropped to below 1.8%.

Dividend payments are not guaranteed like government bond payments, but the most important dividend warning sign-the dividend payout ratio as a percentage of profits-is flashing a “Coast Is Clear” sign.

On average, the companies of the S&P 500 are paying out less than 40% of their profits in dividends, a fat cushion of protection against dividend cuts.

Additionally, CEOs hate to cut dividends because they know their stock (and their precious stock options) will get hammered if they do.  If times get tough, instead of cutting dividends, I expect companies to instead cut stock buybacks.

Negative interest rates sound, well… negative, but NIRP will be a boon to a dividend-based strategy as yield-starved investors from all over the world dog-pile into dividend-paying stocks.

Click here to learn how you can get close to 20 hours of actionable insight and advice on investing.