The “Heads You Win, Tails You Win” Strategy for Smart Investors What if you could earn solid income and at the same time acquire shares of companies you want to own at a lower price?

If that sounds too good to be true, it’s not.

In fact, it’s Senior Equity Analyst Robert Ross’s signature strategy to maximize income and minimize risk for the subscribers of his premium alert service, In the Money.

The strategy Robert deploys is actually quite simple... but most retail investors have no clue it exists.

If they did, they’d be shocked to hear that Robert’s rate of success has been a whopping 94% since inception of In the Money in 2016.

If you wonder why more people don’t know about this money-making secret—here’s the reason.

You see, his strategy involves selling put options. And many mainstream investors, as soon as they hear the word “option,” run in the other direction.

Which is just as well because it gives smart investors a significant advantage...

Options have gotten a bad rap. In the 2018 Mauldin Economics Investors Survey, only 30% of readers said they use them.

But the truth is, the level of risk depends entirely on your strategy.

When you use options correctly, they allow you to:

So to reject the use of options is to deny yourself a great profit opportunity.

Robert’s method is as straightforward as it gets. All you have to do is follow a few simple instructions, and soon you could see a cash payout in your brokerage that looks like this:

String a few of these payouts together each month, and they add up to a very decent amount of cash... to use as extra spending money or a comfortable cushion for your retirement.

And remember, these income streams are on top of the upside you get with the In the Money portfolio stocks.

For instance, recently, Robert’s “Heads you win, tails you win” strategy earned In the Money subscribers $1,400 in instant income within 60 days.

And this is not an unusually large amount. In fact, it’s a fairly typical outcome.

Selling Put Options: Heads You Win, Tails You Win (If You Know What You’re Doing)

When you sell a put option, you enter a legally binding agreement to buy shares of the underlying stock at a certain price...

...if (and only if) the share price is below the strike price on the date when the option expires.

So you can see how selling put options could be a dangerous game.

If you used them purely to earn income—that is, if you were only in it for the premium and are gambling that the shares will not be put to you—you’d be risking a large amount of money in return for a few hundred dollars.

However, it’s pretty easy to mitigate that risk: You only sell put options on stocks that you would want to buy anyway.

That means if the option is put to you, you’ll be happy to buy that stock... at a very good price. PLUS you get to keep the option premium that was paid to you.

That may seem like common sense, but apparently it’s not.

How Robert’s Subscribers Made Almost $1,000 in Options Premiums on One Company

To show you how exactly this strategy works, here’s an example of how selling put options on one company worked for In The Money subscribers over 12 months.

(Note: Do not sell put options on this company now; this is an expired trade!)

Robert was looking at the defense sector for a stock recommendation. US defense spending is pretty predictable: It nearly always goes up, no matter what the rest of the economy does.

Robert noticed that while the defense sector had grown at a steady 1% the previous year, missile defense had grown at five times that rate.

Among the companies that Robert vetted, one stood out above all others: Raytheon, a major US defense contractor that generated over one-third of its sales from missile defense.

There was just one problem: Shares of Raytheon were trading at a higher price than what he wanted to pay.

This was the perfect place to apply Robert’s “Heads You Win, Tails You Win” strategy.

Once the order was filled, they had $250 immediately deposited in their accounts.

If Raytheon shares had closed at or below $200 on April 20, they would have been obligated to buy 100 shares at the agreed-upon price...

But because of the in-depth research Robert did on Raytheon, that price would have been a bargain.

What happened was that Raytheon closed above $200 on April 20, so the obligation to buy 100 shares expired... and In the Money subscribers got to keep the $250 in options income with no further obligations.

The Raytheon trade kept working well for Robert and his readers...

That’s the key to this investing strategy: You only sell puts on a company you’d like to own anyway.

This completely eliminates the risk. Whatever happens, there is literally no downside.

So you can see how selling put options can work extremely well for your portfolio.

What Others Say About Robert and In the Money

Here are some thoughts from In the Money readers and financial experts:

“...the results have been so far better than some other ideas (both my own and from other sources).”
—Jiri K., Myrtle Beach, SC

“The content is very insightful and often looks at an investment opportunity from a new perspective. I’ve learned a great deal about evaluating companies as well as investment strategies from this publication.”
—David B., Arlington, TX

“I worked with Robert for many years—he’s a super-sharp market analyst and a gifted stock picker. And when it comes to putting in the hard yards on research, he’s the guy. That means he finds investment opportunities few others do. I fully endorse him.”
—Jared Dillian, editor, Street Freak and ETF 20/20

“During my time at Mauldin Economics, Robert and I worked closely on Bull’s Eye Investor, and his work ethic, stock-picking ability, and the way he thinks about the process of investing made for a very special combination.”
—Grant Williams, co-founder of Real Vision and editor of Things That Make You Go Hmmm...

“Robert Ross was introduced to me a number of years ago through my business partner and the CEO of Mauldin Economics, Olivier Garret. After my first conversation with Robert, I understood why Olivier held him in such high regard. It was clear we had to get him on the Mauldin team. Robert is truly a gifted market analyst. I couldn’t be happier to have him as our senior equity analyst and resident income expert.”
—John Mauldin, chairman, Mauldin Economics

Get In the Money... And Earn Income with Put Options Tomorrow

We’ve pegged this premium alert service at a retail price of $1,995.

Not only is it worth every penny—you’ll also make back the subscription fee quickly, from just a few put option contracts.

In just over two years, Readers who followed Robert’s options recommendations earned $7,800 in income alone... that doesn’t include capital gains on the stocks themselves.

So why not give In the Money a risk-free try today? 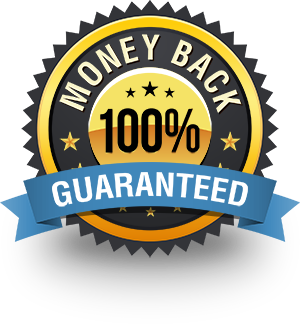 As an In the Money subscriber, you’ll receive... 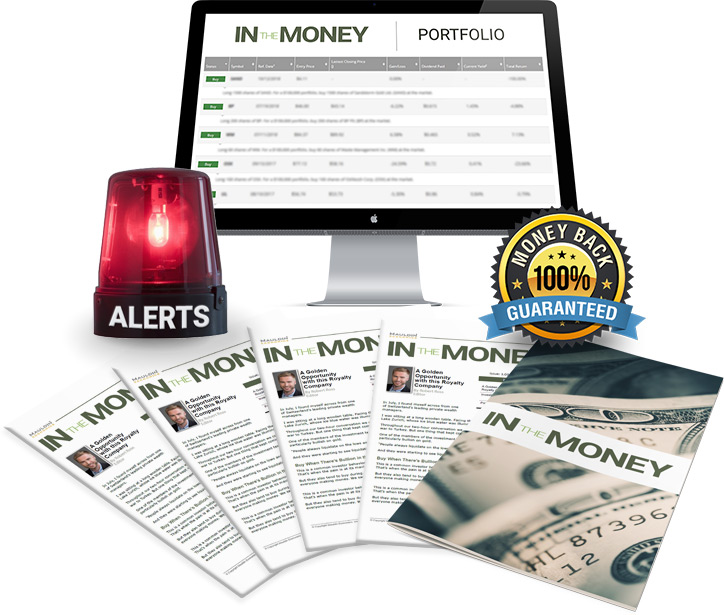 There’s no risk in trying it: You have a full 30 days to decide if In the Money is for you. If you’re less than 100% satisfied, for whatever reason, simply cancel within those 30 days for a full, prompt, and courteous refund—no questions asked.

So you have literally nothing to lose by trying In the Money today.

Your gain, on the other hand, could be significant.

If you are not 100% satisfied, simply cancel any time within 90 days and get a full refund. Your satisfaction is our primary concern.