When is the best time to invest?

The answer is deceptively simple: when prices are low.

There’s really no beating around the bush.

After such a dismal year, it would be easy to write off the market and head for the sidelines.

That could be the absolute worst thing you could do right now.

By using a valuation gauge you’ll find on almost any finance website: the price-to-earnings ratio, or P/E.

Bargains Are All Around Us

Just because stock prices are way down doesn’t mean stocks are cheap.

A P/E ratio measures value. The lower the P/E, the better the bargain. Here’s how it’s calculated:

Some investors want to see a stock’s P/E fall within a set range to be considered a good value.

I don’t use that method. Instead, I look at current and historical trends to put a P/E in perspective. Sounds complicated, but it’s not. Here’s what I mean.

This tells us investors have been willing to pay higher share prices in relation to earnings over the last 10 years versus the longer-term average.

And those numbers give us benchmarks against which we can compare current P/E numbers. 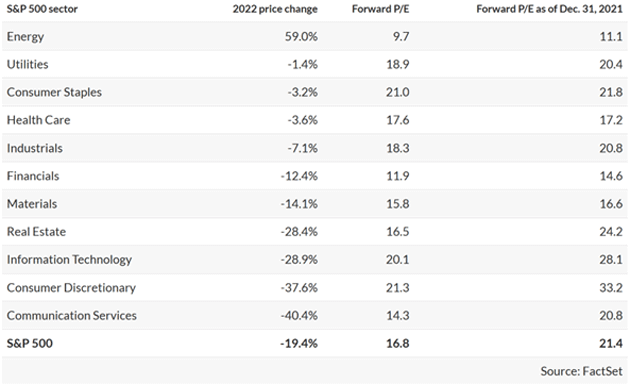 All market sectors are trading at valuations below the broad market’s 10-year trailing average.

All sectors but healthcare are cheaper than they were the year prior.

And all but three—consumer staples, information technology, and consumer discretionary—are below the average since 1950.

But that’s not the only reason I’m excited.

Cheap Prices Are Only Half the Story

Not every measure of last year’s market performance is bad news.

Analysts think this trend could continue this year.

Dividend investors look set for another record year of income.

It’s an opportunity we may only see a few times during our investing lifetime.

It’s a perfect storm for investors if they are paying attention.

My Favorite Way to Use Low Prices to Your Advantage

If there are companies on your watchlist you haven’t added yet, a lower price might be the time to buy.

But what about companies you already own, even those you have a loss on?

Dollar-cost averaging (DCA) is a great way to add to those holdings.

DCA is when you buy fixed dollar amounts of a stock spread over regular intervals.

Here’s a real example of how it works.

If you had used DCA and spread your buying over five months, you would have bought 238 shares—a bonus of 18 shares.

Today, we don’t have to guess whether stocks are cheap or not. It’s clear that they are.

That gives you the opportunity to add to your positions at a lower price. And that lowers the overall cost basis of your total investment.

If you have money available to put to work, sitting on the sidelines is the worst action you could take.

Look for solid dividend companies that have low P/Es and use this opportunity to your advantage.

For more income, now and in the future,

You Don’t Have to Trade Your Yield for Safety

Just Say “No” to This Popular Dividend Stock

For the Next Four Weeks: Do Not Disturb

There are lots of generous dividend payments waiting to be collected—if you know where to look. And many of these companies have been paying and boosting their dividends year in and year out for decades. If you want to find the yield that you deserve, sign up for Mauldin Economics Dividend Digest—industry-leading income investing research delivered to your inbox every Wednesday. 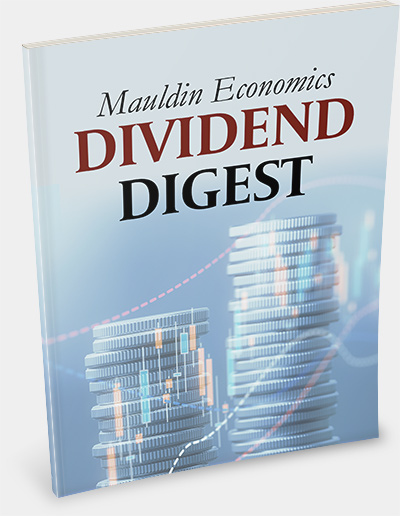 Uncover the tips and tricks to navigate the income investing landscape... find the yield you deserve and add income to your pocket today and in the future! Get this free newsletter every Wednesday!