Not so long ago, I explained why tax cuts won’t stimulate the economy as much as Republicans think.

In short, most CEOs say they will use any tax savings for stock buybacks or dividends, not new hiring or expansion.

But what if, instead of little or no growth, this tax bill sets off an outright contraction? 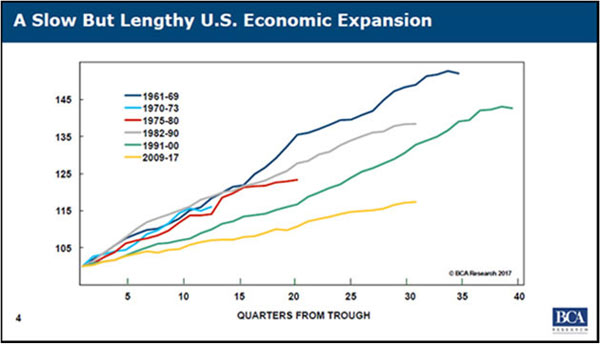 In addition to GDP, economists track what is called “Potential GDP.” That’s how fast the economy is capable of growing, considering the number of available workers, productivity, and other factors.

If subsequent data confirms last quarter’s 3.3% growth of inflation-adjusted GDP, it will mark the first time the US economy achieved “maximum sustainable output” since 2007.

On the chart below, the gap between the gray line (potential GDP) and the red line (actual GDP) represents unused capacity. 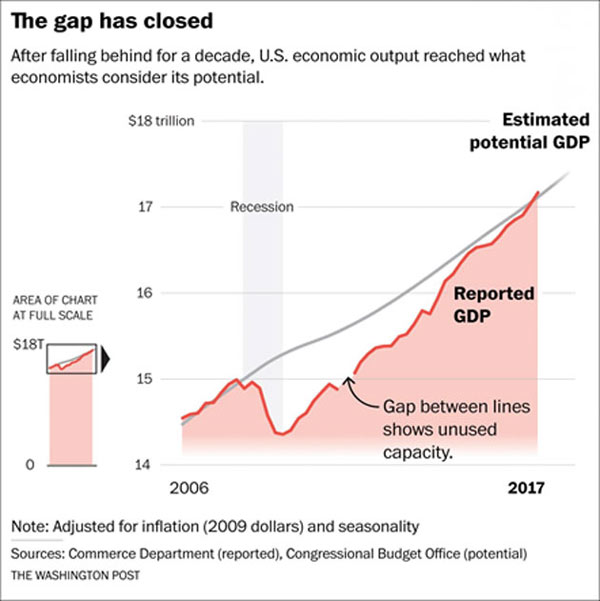 You can see we had a lot of it at the recession’s 2009 depth. The gap slowly shrank since then. Now it’s closed. 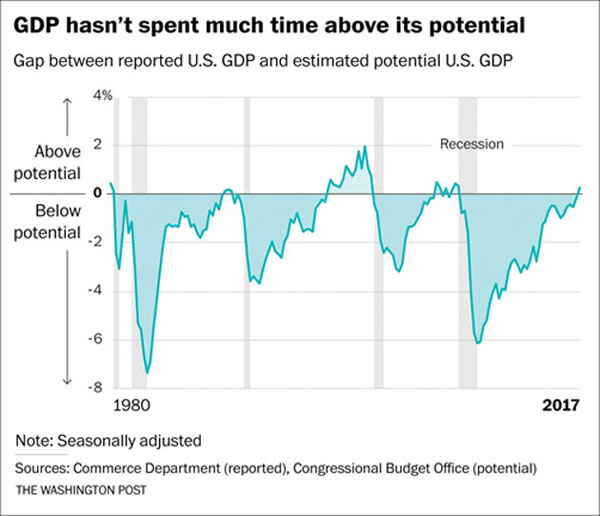 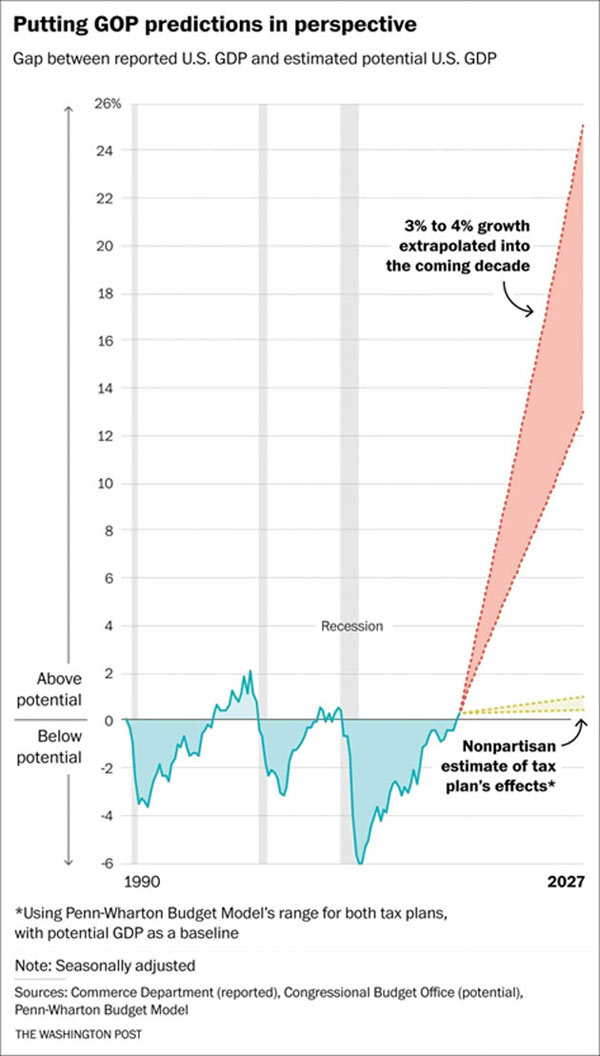 That’s not impossible: a major technology breakthrough might do it. But just as likely, a recession, natural disaster, war, or other shock could sharply reduce GDP. The projections above don’t account for that possibility.

With this tax bill passes in its current form, the recession may happen sooner and go deeper. The combined fiscal and monetary tightening could be the triggers.

However, first we might get a sugar-high inflationary rally, which could last a while. GDP ran above potential for four years in the late 1990s and for over a year in the housing craze.

One thing I’m positive won’t happen is another 10 years of uninterrupted 3% or 4% real GDP growth, as politicians so glibly promise.