The European Peninsula extends from Portugal and Britain in the west to Russia in the east. It stretches between the Mediterranean and Black seas in the south to the North Sea and Baltic Sea.

Access to rivers, the Mediterranean, and the North Atlantic has allowed the European Peninsula to build trade routes and become one of the wealthiest and most developed places on earth.

Due to its unique geography, the European Peninsula also grew highly diverse and fragmented.

Its borders are the result of centuries of wars, treaties, and sometimes imposed settlements that continue to shape Europe’s economic and political realities.

Let’s look at a series of political maps below that explains Europe’s current geopolitical realities.

Breaking Down Europe on Map 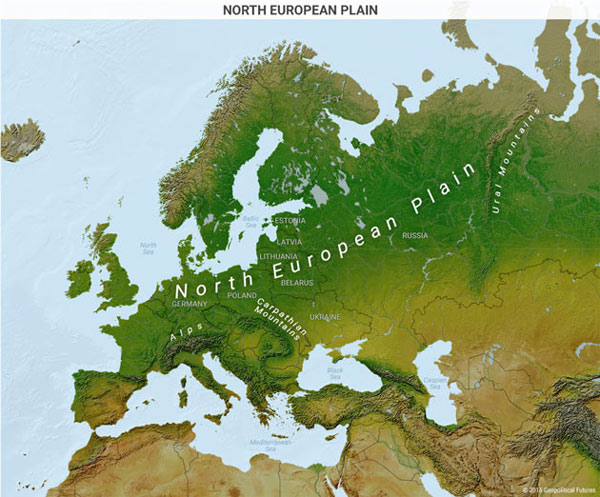 Germany lies south of the Baltic and North seas and north of the Alps. The country is situated on the flat North European Plain at the center of the Continent.

It’s a low-lying area that also includes parts of France, Belgium, the Netherlands, southern Scandinavia, Poland, and western Russia. Thus, Germany has no significant natural boundaries, either to the west or to the east.

The country’s location on the North European Plain, its network of rivers, and access to seaports have allowed Germany to gain access to both European and world markets.

In spite of that, Germany’s flat geography and lack of natural barriers also mean that it is permanently vulnerable to invasion, especially from France in the west and Russia in the east.

This has led to Germany’s multiple attempts to dominate the North European Plain through war and alliances.

Southern Europe, on the other hand, is more mountainous and less accessible. It has fewer navigable rivers conducive for the development of trade networks.

The Alps separate the Italian peninsula from the rest of Europe, while mountains also form a physical barrier between Spain and France.

Nevertheless, these mountains do not make the region immune to invasion.

From Hannibal to Napoleon, armies marched through numerous Alpine passes into Italy. The Italian peninsula’s thousands of miles of coastline also make it vulnerable to invaders.

At the height of its power, the Roman Empire overcame this vulnerability by turning the Mediterranean into a Roman lake. In general, all coastlines in North Africa, the eastern Mediterranean, and southern Europe were under Roman control.

Later, the Spaniards and the Portuguese developed naval forces and, as a result, global empires.

The Most Important Political Map of Europe: Southern Europe’s Reliance on the North

Modern day Italy, Spain, and Portugal are far from global naval powers, while their geography limits their ability to expand northward. That’s why Southern Europe today is highly dependent on Northern Europe. And that is the central gravity of Europe’s geopolitics.

Southern European economies have benefited less from membership in the common market than their northern neighbors and do not benefit from the European Union’s control of monetary policy.

Trapped in a monetary union with export giant Germany, these countries can’t devalue their currencies to protect their economies and promote social stability in times of economic difficulties.

The region’s economies have suffered greatly over the years—with unemployment in some countries exceeding 20% (see the political map below). 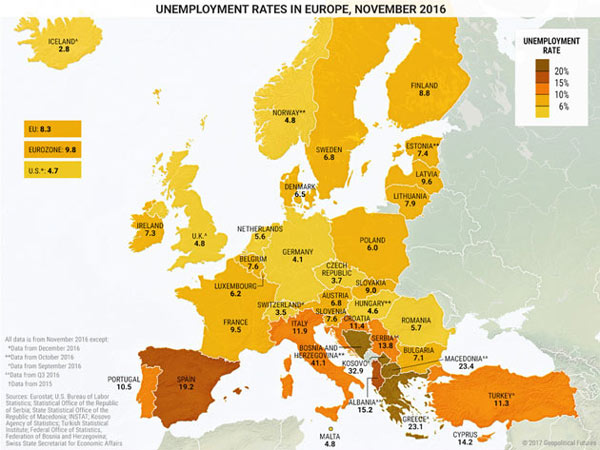 Southern Europe is currently experiencing significant banking woes that threaten to destabilize Europe’s financial system. The European Union, therefore, has become less popular in the region since the onset of the global economic crisis in 2008, with anti-establishment and Euroskeptic parties gaining ground (see the political map of Europe below). 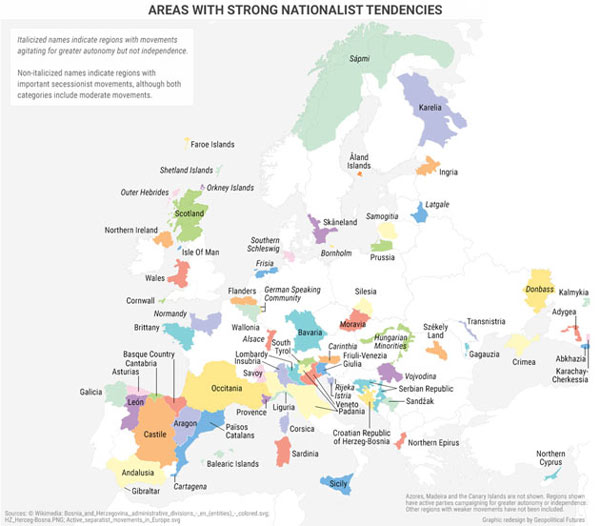 The Strategy of Northern Europe

Northern Europe—which includes France, the United Kingdom, and the Nordic states—differs from its southern neighbors in terms of both economic realities and geopolitics.

France is a unique European power because it is wedged between the North Sea and the Mediterranean and between Atlantic powers, European land powers, and southern European states.

As a result, French strategy must be designed with an eye on the European continent, the Atlantic, and the Mediterranean. France aims to be Germany’s counterpart in leading the European Union, but currently lacks economic clout and differs from its eastern neighbors on core economic and geopolitical issues.

British voters have opted to leave the European Union, but geography and economics means that the UK will likely maintain a close relationship with the Continent.

As an island nation, Britain has a natural defensive barrier that other European countries lack, but decision-makers over the centuries were highly aware that invading armies could cross the English Channel.

As a result, Britain’s chief strategic priority has been to minimize any potential geopolitical threats emanating from the other side of the channel and to prevent the rise of a hegemon able to dominate the Continent.

Britain, a former global empire, also needs to maintain wide-ranging trade networks because it is an island.

Today, Britain employs a dual strategy. It works to maintain a strong bilateral relationship with the US while also remaining a player on the European continent in an attempt to retain some influence and balance any potential hegemons.

In the east are Europe’s borderlands, a region that has historically been contested by regional powers and lies from the Baltic countries in the north to Bulgaria in the south.

The borderlands are split into two groups: Central and Eastern European countries that have joined NATO and the EU, and former Soviet states (Belarus, Ukraine, and Moldova) as well as most of the Balkan states (some of which are NATO and EU members).

Throughout the region, states are primarily occupied with defining their respective relationships with the peninsula. The European Union’s fragmentation has intensified divisions within the EU and NATO, with western and eastern members of the blocs espousing different priorities. 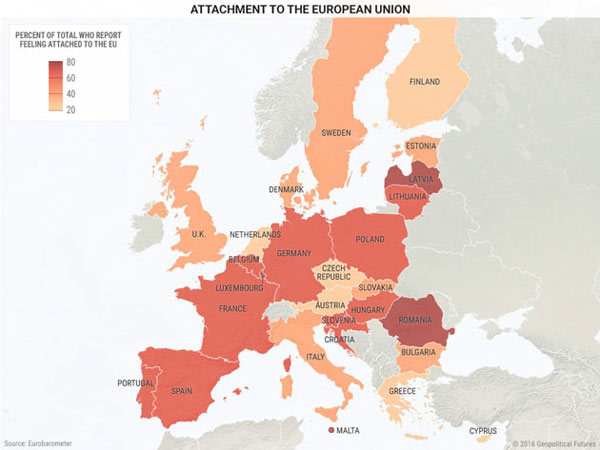