About one year from now, on March 18, 2018, Russia will hold a presidential election. This will take place against the backdrop of an economic crisis that will continue to plague the country in the coming year.

Russia's biggest challenges will be internal, and the countryside will show more signs of crisis.

The five maps below are a very strong indication of Russia’s growing instability.

Map #1: Governors Who Have Lost or Are at Risk of Losing Their Posts 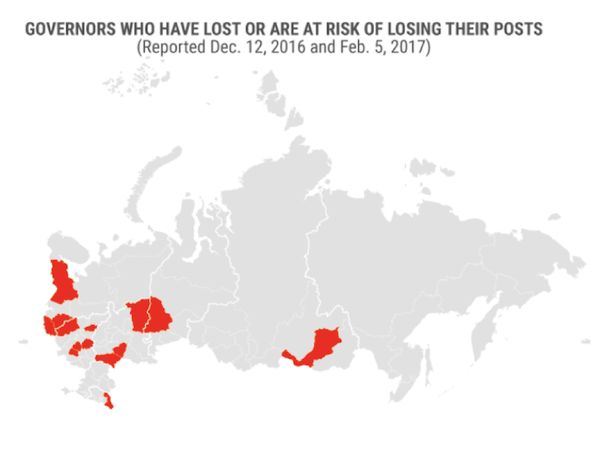 President Vladimir Putin's most recent move to secure his political power at both regional and national levels is a purge of Russian governors. This is a key move because of the vital interplay between governors and members of the national government. They often work together, depend on each other, and look out for one another’s interests. 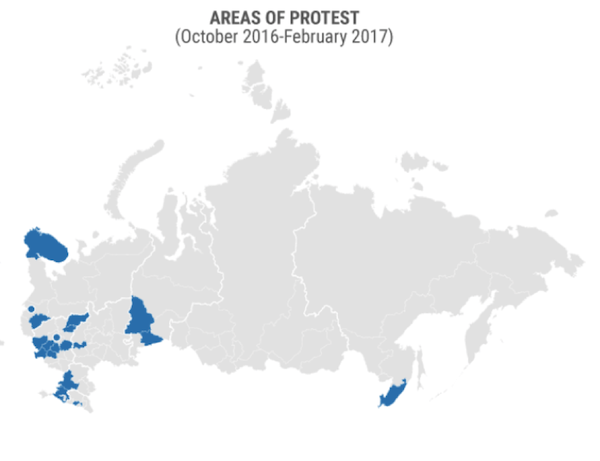 Russia faces a number of social and economic problems that have resulted in unrest. After oil prices dropped in late 2014, the country began to see economic and labor protests. Since then, unrest has spread across Russia. 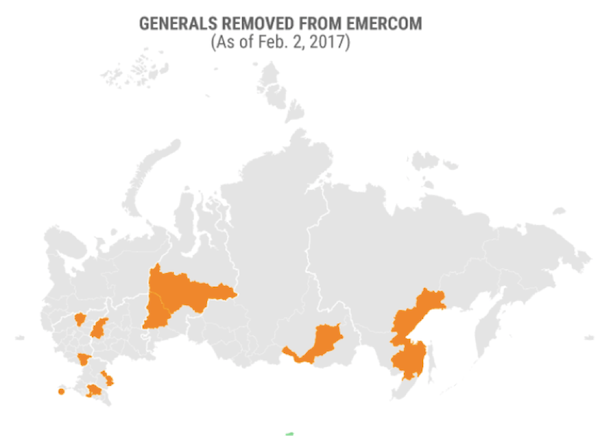 As economic and social problems persist, so do Putin's moves to cement power in the security sphere and political arena. On Feb. 2, the Russian government published a presidential decree that removed 16 generals from their posts in two ministries. Thirteen of the dismissals were in EMERCOM, the government office that deals with civil defense, public unrest, and protests. The rest were from the Interior Ministry. They were replaced with officials picked by Putin. 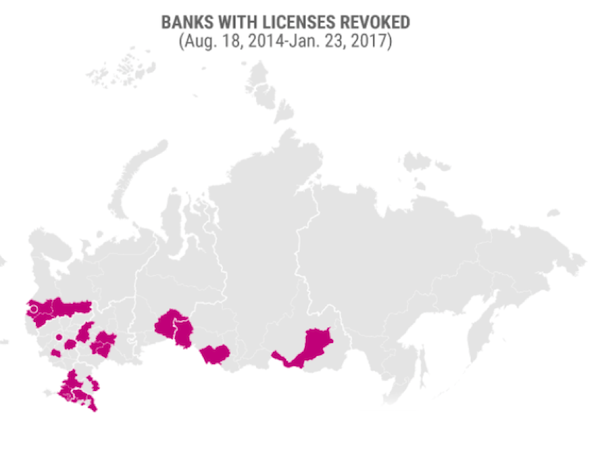 The decline in oil prices has had a negative effect on the Russian banking system. Incidents of Russian depositors applying for deposit insurance have increased markedly. The above map identifies regions where over 100 banks have had their licenses revoked. 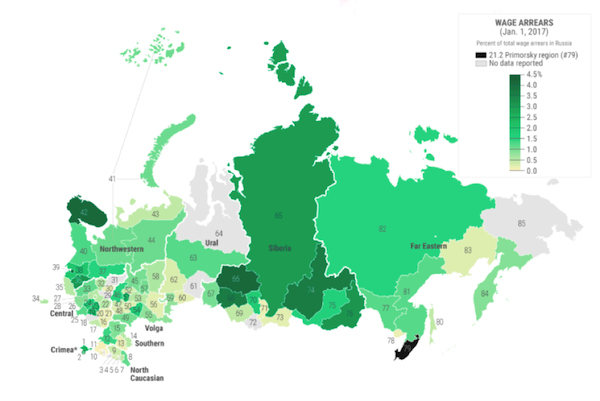 Wage arrears (workers owed back pay), which affect both the public and private sectors, have become a bigger problem in oil-dependent and single-industry areas in Russia’s interior and port cities. Cuts in social programs that affect payments to veterans and children have also led to public protests.