As Pyongyang, Washington, and other regional players prepare for the prospect of war, North Korea’s nuclear program and ballistic missile capabilities have received undue amounts of attention. Important though they may be, they have less bearing on how the war will be fought than does North Korea’s conventional military.

Eliminating Pyongyang’s nuclear capabilities would be the first objective in a war, and indeed the justification for an attack. The second objective would be to protect South Korea from North Korean retaliation.

No one really knows the true status of Pyongyang’s nuclear program, but a nuclear strike on a US asset or ally is unlikely because it would force the US to respond in kind, wiping out the North Korean regime.

North Korea will instead rely on its large arsenal of conventional weapons—namely artillery—to retaliate. The artillery batteries, many of which are located near the demilitarized zone, can severely damage heavily populated areas in and around Seoul. 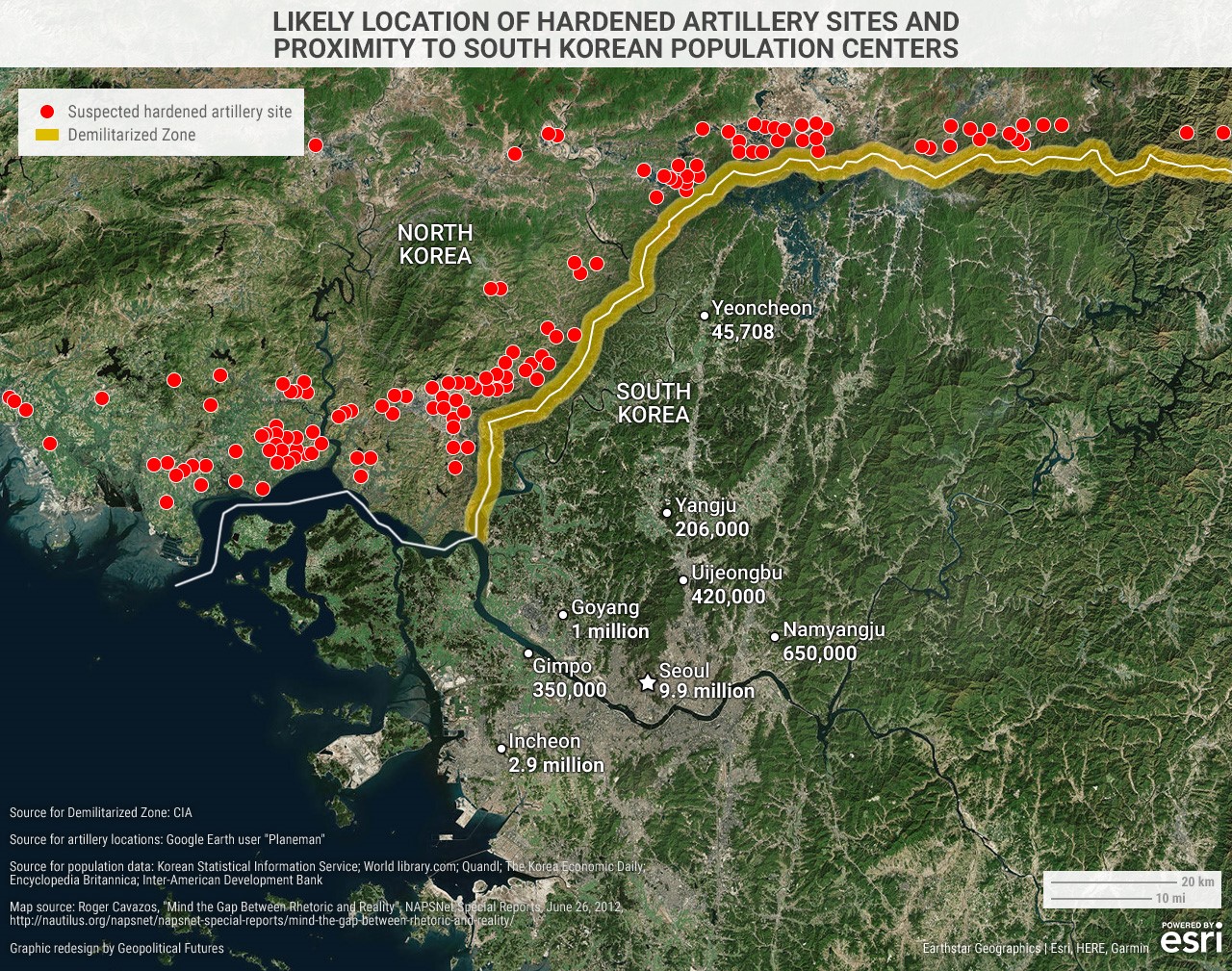 It is highly centralized and depends heavily on orders issued directly by the supreme leader. If artillery teams cannot receive orders, they naturally become less effective.

But the North Koreans know that the United States has studied their military structure and that, therefore, one of Washington’s first moves would be to cut lines of communication. If it cut those lines, and if Pyongyang failed to delegate some aspects of command to those in the field, North Korea would almost certainly lose the war quickly.

It’s reasonable to believe, then, that the North Koreans have a plan that accounts for this possibility.

This line of reasoning is corroborated by the existence of distributed artillery ammunition stores. While North Korea has major national-level storage facilities, it also has a number of unit-level storage depots.

Many of these are hardened artillery sites, or HARTs, which are located at multiple spots along the DMZ. A report by the Nautilus Institute for Security & Sustainability, a defense analysis firm, describes the HARTs as heavily fortified, in the interior of caves or tunnels.

The report is notably dated—it’s from the 1980s—but that only reinforces the point: The military, already protected by the terrain, has had decades to entrench itself, overcome disruptions to lines of communication and supply, and disperse its ammunition depots.

The existence of these stores suggests that isolated emplacements are expected to continue to fight.

Russian adventurism. An ailing EU. Devastation in the Middle East. These are just three symptoms of a systemic instability engulfing a region that’s home to 5 billion of the planet’s 7 billion people.

In this provocative documentary from Mauldin Economics and Geopolitical Futures, George Friedman uncovers the crises convulsing Europe, the Middle East, and Asia… and reveals the geopolitical chess moves that could trigger global conflict. Register to watch the documentary now.