Every bear market correction since 1947 that didn’t come during a recession was relatively quickly reversed. Think about what happened in 1987 and 1998. There were pretty serious corrections and then a bull market.

The bull market that found its footing in 1987 lasted for another 13 years. In 1998, we were only a few years away from a major correction accompanied by a recession.

Obviously, it’s important to have a sense of when the next recession will happen. But, though the economy is at stall speed, there are very few signs that we could actually enter a recession this year.

The Strangest Bull Market in the Last 100 Years

We need to put this post-2009 bull market into some historical perspective.  Two charts below show the beginnings and ends of every bull and bear market since 1920. 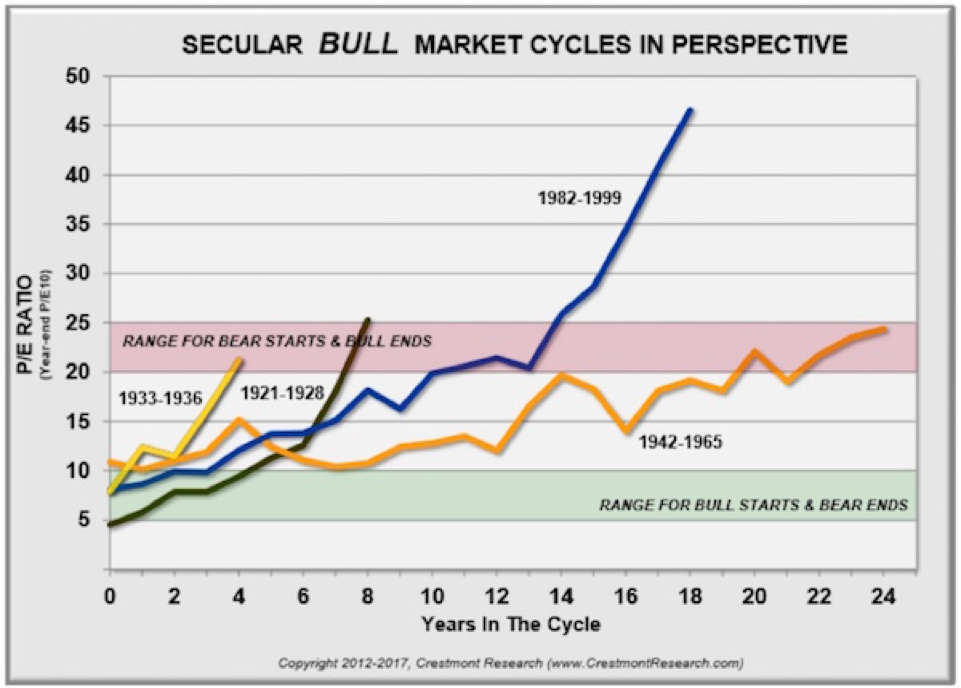 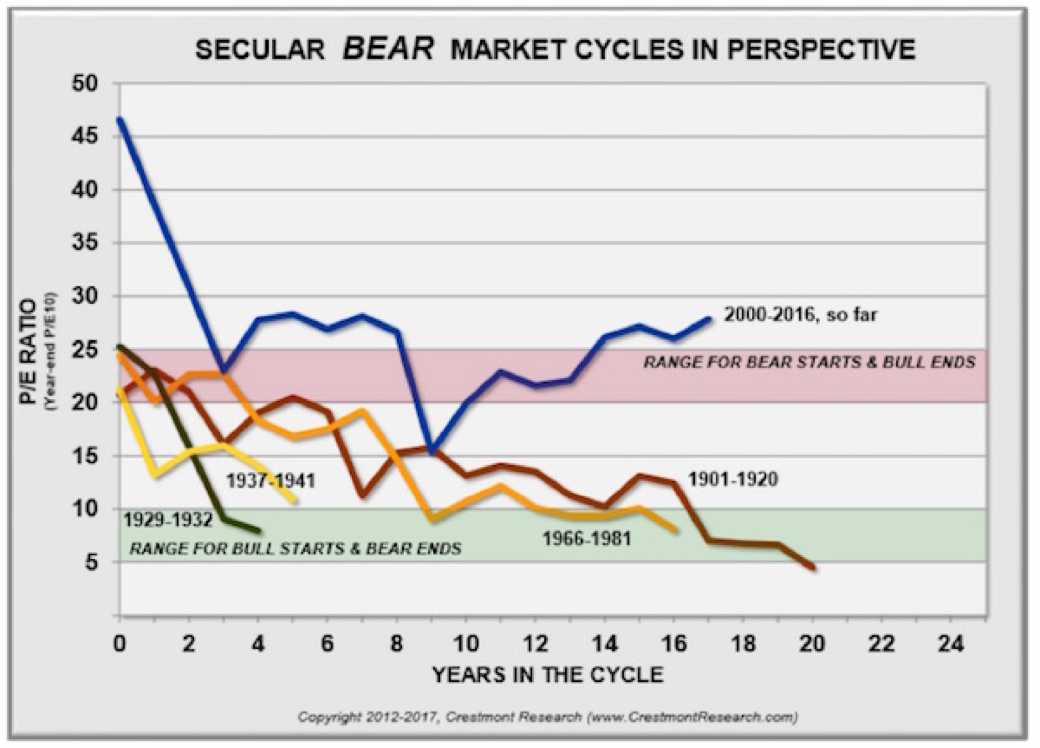 Every bull market (other than the current one) began at a point when the market was at a low P/E ratio, ad every bear market began when the P/E ratio was high.

Since 2000, though, the market has never returned to low valuations. Valuations certainly went down in 2009, but then they turned right around and started back up.

This is the strangest “bull market” cycle so far in the last 100 years. Is it possible that it could be different this time? Certainly; anything’s possible. It’s a bull market, dude!

The market never got cheap in 2009. Maybe it doesn’t need to, but we need to be aware that valuations are at such a high level that a fall to a P/E level that would get us back into the green zone where most bull markets start would be a bear market of biblical proportions.

Passive Investing Will Backfire in a Big Way

You need to understand that we are at a very interesting, very challenging juncture. And I don't think traditional buy-and-hold investing strategies will be rewarded very well going forward.

Over 30% of stocks in the Russell 2000 Index, for example, have less than zero earnings – as in, they are losing money. So when somebody passively buys a small-cap index, they are buying a high percentage of companies that have no earnings.

But those are targeted and specific investments, not passive index investments.

Yes, active management has had its collective head beaten bloody for the past few years; and the tendency for passive investing may persist a lot longer than any of us imagine, driving markets higher than many of us believe possible.

But I think the rush into passive investment is going to end up painfully, at the bottom of a cliff, for many investors. I want to make it clear that I am not suggesting you get out of the stock market.

In my own money management program, which is based on diversifying among trading strategies rather than asset classes, the managers I am using all have systems that are telling them to be quite bullish.