Every day, thousands of investors settle for mediocrity.

It’s not their fault…

They’ve been fed the same, wrong advice for years:

As you probably know, the S&P is by far the most watched, talked about, and written about stock benchmark in the world.

Studies show tens of millions of folks own S&P 500 index funds in their 401(k)s.

In fact, many novice investors assume the S&P “is” the market!

In this issue, I’ll show you why these folks are making a big mistake... and what you should do instead.

The S&P tracks 500 of the largest companies in America.

Don’t get me wrong, I’m not saying you should blacklist the S&P completely.

A huge chunk of my personal portfolio is invested in a handful of great individual stocks within the S&P.

I love big, dominant disruptors like Walmart (WMT), which has an online business growing at triple digits. Or payment duopoly Visa (V) and Mastercard (MA), leaders in the disruption of money.

These are stocks you buy, and never sell. You sit back and watch these companies compound your money over decades.

That’s right: The best-performing stocks are NEVER in the S&P 500.

For example computer chipmaker Advanced Micro Devices (AMD) was the best-performing name in the S&P in 2019, handing investors 150% gains.

But step outside this “over picked” universe of stocks, and you can earn far greater returns.

Advertising software pioneer Digital Turbine (APPS) is too small for the “big leagues.” But it shot up 240% last year.

Ditto for Enphase Energy (ENPH), which makes solar microinverters for rooftop panels. The stock jumped 410% in 2019.

Longtime RiskHedge readers will know the name Shopify (SHOP). It isn’t in the S&P either, yet it soared 210% last year.

Keep in mind, these are not tiny microcap stocks. They’re big, fast-growing, multi-billion dollar businesses that the S&P committee has not admitted into the index.

I could reel off another 30 stocks that trounced the S&P’s best performer.

And I’ll even take it a step further…

In fact, research from Goldman Sachs looked at every stock included in the S&P 500 over the past two years.

They found that the stock typically falls once it gets added to the index. 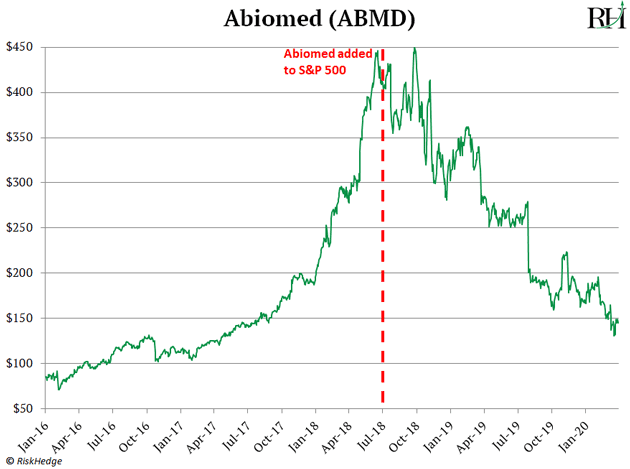 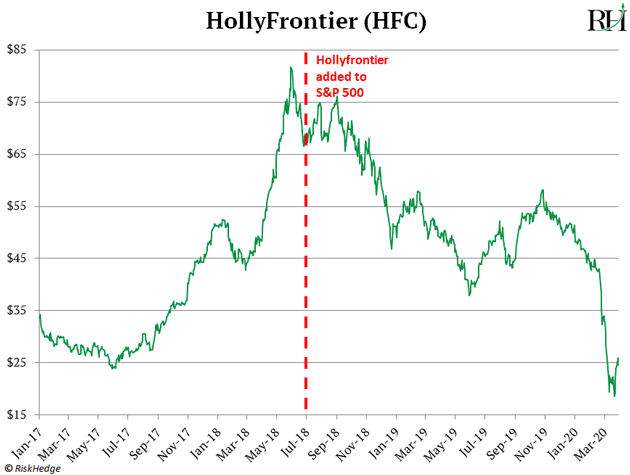 Think of a sports superstar like LeBron James or Tom Brady. The rise to superstardom is the most exciting part.

Stocks are the same. You want to seek out the fast-growing rising stars before they’re household-name superstars.

The stocks I’m talking about all share one thing in common: They’re growing at supersonic speeds. 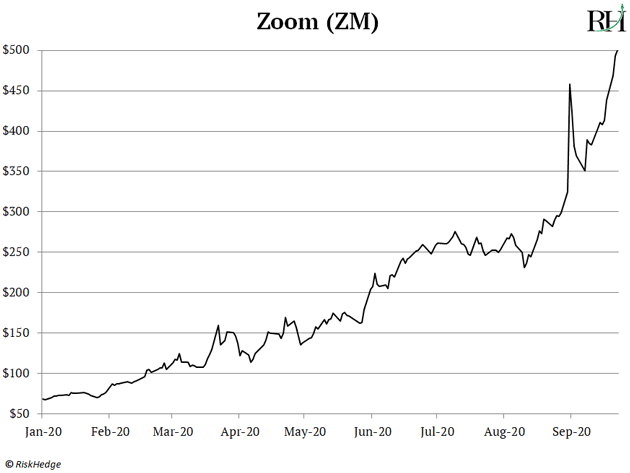 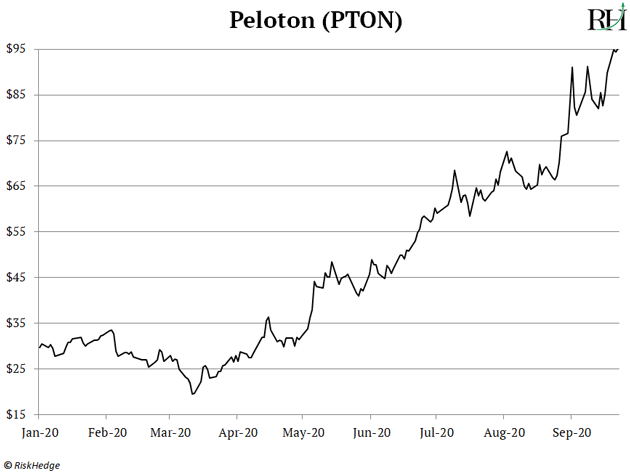 Electric car pioneer Tesla (TSLA) was just rejected for S&P inclusion. Yet its stock jumped 400% over the past nine months! 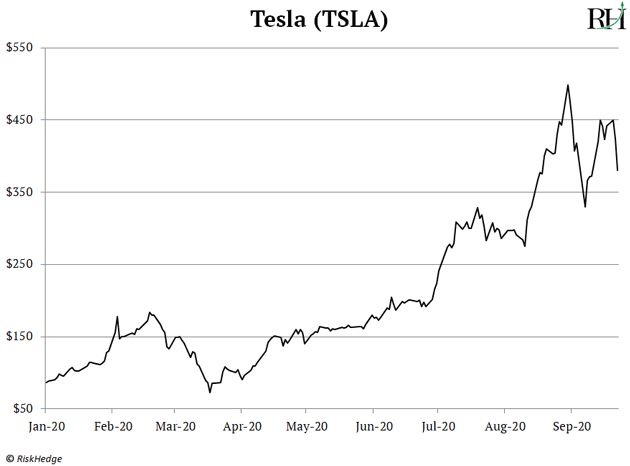 Take telehealth pioneers Livongo (LVGO) and Teladoc (TDOC) for example. Seeing a doctor on the computer was unheard of a few years ago. But as regular RiskHedge readers know, millions of Americans are now firing up their laptops and “visiting” doctors virtually. 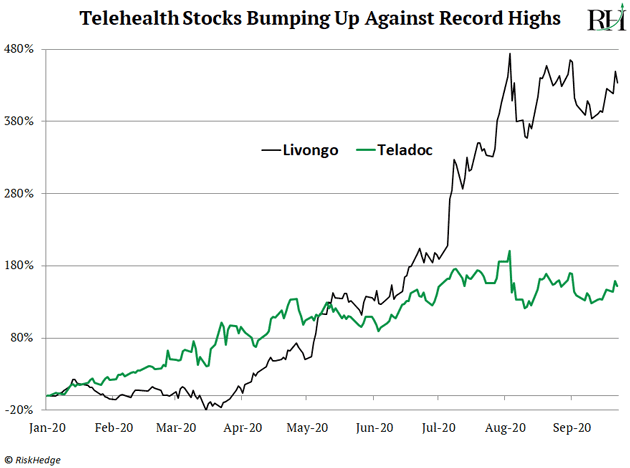 The reality is the S&P is packed with stodgy dinosaurs that might eke out a little growth each year.

Over the past decade, the average S&P 500 company has grown sales a smidge under 5%/year.

Meanwhile new sectors like telehealth, edge-computing, and synthetic biology are growing at a 50%+ clip.

Every disruption investor should be learning everything they can about these new, fast-growing companies.