At first glance, this may seem like a petty squabble. But there’s more to it for stock pickers like us. As you’ll see in a moment, CalPERS’ poor judgment shows you the wrong things to focus on when you assess a company’s leadership.

I will show you a better way. But first, the backstory…

CalPERS owns around $2.3 billion worth of Berkshire shares. Last year, it complained about Berkshire’s subpar ESG investing, even though Berkshire is one of the largest investors, developers, and owners of renewable energy in the United States.

At 91, Warren Buffett has been the CEO and chairman of Berkshire since 1970. Fifty-two years in, CalPERS suddenly has a problem with that and wants to separate the roles.

In general, it’s a good idea to have a different CEO and chairman. At a public company, a board of directors appoints the CEO and represents shareholder interests. So, the relationship could get murky when the chairman is also the CEO. The risk is that, in controlling both the board and management, he would act solely for his benefit—and not for the benefit of shareholders.

In this instance, though, CalPERS is missing the point. It’s checking a complaint box instead of looking at the substance of Berkshire’s operations. There’s a better approach.


Oftentimes, board members are not shareholders. While every company needs to have independent directors, it’s harder to really prioritize shareholder interests when you don’t have skin in the game.

Meanwhile, the company is headquartered in the no-frills building shown below. 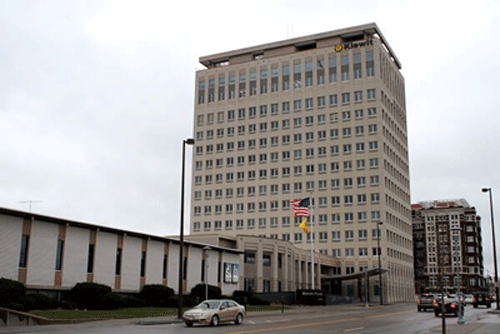 These are all signs that Berkshire leadership isn’t looking to suck the company dry. They’re looking to boost shareholders’ returns.

Here’s a picture of its palatial campus. Pretty fancy for a public pension.

On top of that, CalPERS is making risky moves with the retirement funds it manages. It plans to borrow up to 5% of its $500 billion asset pool to juice returns. And it’s increased its allocation to private equity and private debt.

In other words, CalPERS needs to pull the log out of its own eye before pestering Buffett.

When the board and management own a material amount of company stock, it puts them on the same team as other shareholders. If they win, shareholders win. That’s far more revealing than whether one person is both CEO and chairman.

When I look into a company, I start with two documents: the annual report and the proxy statement. The annual report provides figures to value the business. And the proxy statement gives you the information necessary to determine if leadership is aligned with shareholders. It tells you how management is paid, what its incentives are, and how much stock the board and management own.

We recently doubled our position in one of our High Conviction Investor holdings, and part of the reason was the CEO’s incentive package. If he gets the stock above a certain price over the next few years, he stands to make an extra $100 million.

That’s a ton of money. If he pulls it off—and I think he will—shareholders will benefit in a big way, too. That’s the kind of alignment I like to see.

When you’re assessing a company, don’t fall into the CalPERS trap and let inconsequential details distract you. If the company’s leadership is aligned with shareholders, you should be in good shape.

P.S. You can learn about the rock star CEO chasing that $100 million carrot—and our plans to profit alongside him—by joining my premium investment service, High Conviction Investor. Get more details here.