Sometimes an investment works out a lot quicker than expected.

That’s the case with my July 2022 pick, Freeport-McMoRan Inc. (FCX), the fourth-largest copper mining company in the world.

Since recommending the stock, shares are up over 57%, while the S&P 500 is near flat over that same period. 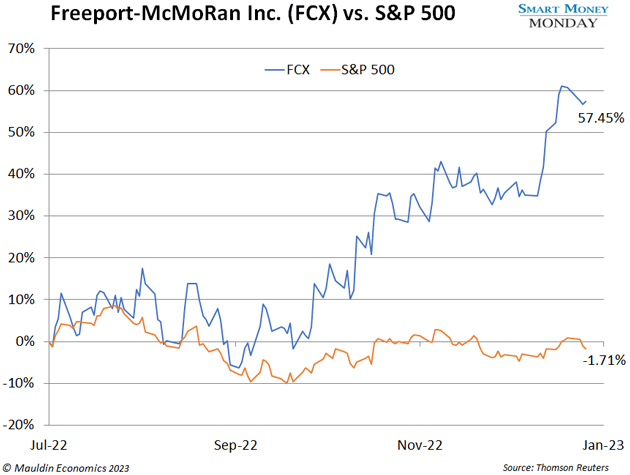 The thesis for buying Freeport was straightforward:

Now, however, it’s time to ring the register and sell your Freeport-McMoRan shares.

Analysts are forecasting earnings per share of around $2.70 for 2024. At today’s $44 price, that’s 16 times earnings. That’s not expensive, but it’s also not cheap either.

Regardless, a 50% return in just six months is a heck of a result. So, if you bought Freeport, it’s time to grab your profits!

Even better, here’s where you can put that cash to work…


A High-Quality Business with Temporary Issues 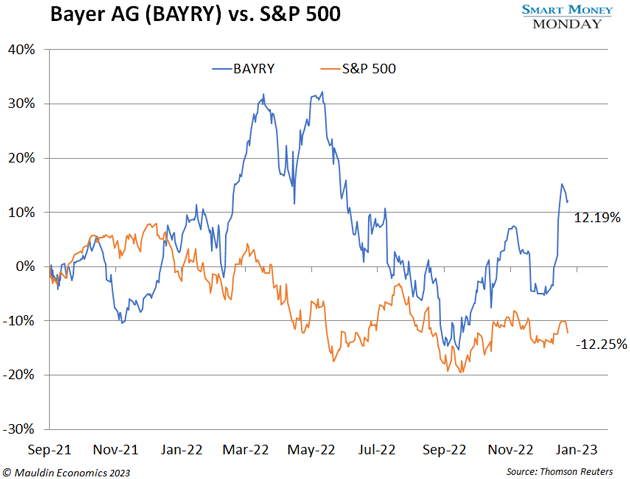 And guess what? It’s still cheap.

The thesis then was simple—and it remains that way. Bayer is a high-quality business facing setbacks. I called it the “Chipotle moment.” Great company, temporary issues.

In this case, Bayer’s issue is Monsanto. It acquired agrochemical company Monsanto in 2018 for over $60 billion. The deal has turned into a nightmare for Bayer.

The Wall Street Journal called the deal “one of the worst corporate deals” in recent times. Can’t say I disagree.

Immediately after closing on the deal, Monsanto—and now Bayer—ran into massive litigation surrounding Monsanto’s Roundup weed-control product. Roundup contains glyphosate, a controversial chemical that may or may not cause cancer. The lawsuits have put a cloud over Bayer’s stock and have also cost the company billions.

Now, even though this is a real issue, I still believe it’s a temporary one.

For one, Roundup isn’t a major part of Bayer’s business. It accounts for maybe 1% of revenue. On top of that, Monsanto isn’t the only business at Bayer, which is a conglomerate with three main divisions: Crop Science, Pharmaceuticals, and Consumer Health.

Bayer has been in the headlines lately. And that’s not just related to Roundup.

Three, to be specific:

Add to Your Bayer Position

Analysts are forecasting EUR 5.80 for 2024 in earnings per share. That implies the stock trades for 10 times forward earnings.

In short, Bayer is quite cheap. Plus, it’s a catalyst-rich stock.

So, after you ring the register on Freeport-McMoRan Inc. (FCX), add to your position in Bayer AG (BAYRY).