Not sure if you’ve heard, but we had an election yesterday.

This Super Tuesday was unlike any other in recent history…

For starters, it was the most expensive race, with some $14 billion in spending up and down the ballot.

It was also the longest presidential campaign, clocking in at 1,194 days since former Rep. John Delaney became the first to declare his candidacy on July 28, 2017.

And unlike most years where the media declares the winner on election night, COVID-19 has made it so we have to wait a little extra time to see the winner.

As of this morning, it appears former Vice President Joe Biden holds the electoral lead. But with nine states yet to be called for either candidate (as of this writing), it’s too early to draw conclusions. 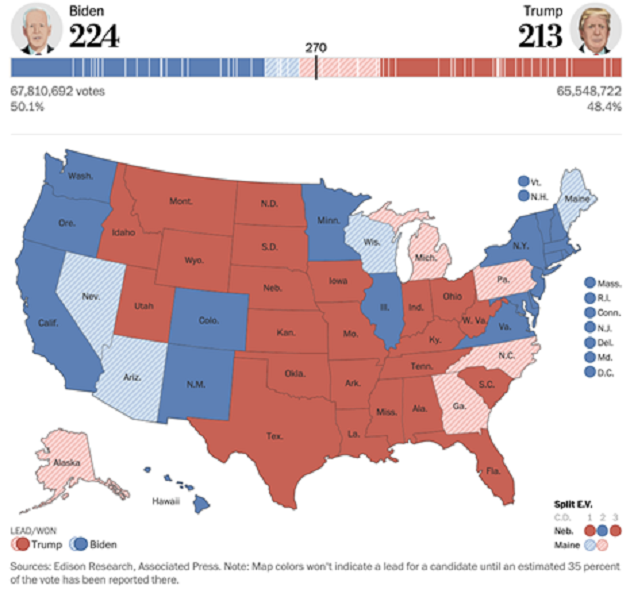 Stocks surged on Election Day, after several days of weakness. This kind of trading action should feel familiar, as the S&P 500 is almost always volatile going into Election Day.

Investors hate uncertainty, and a change in the government can create massive uncertainty.

For instance, a weak stock market going into an election tends to portend a loss for the incumbent. That’s especially true for an incumbent Republican: 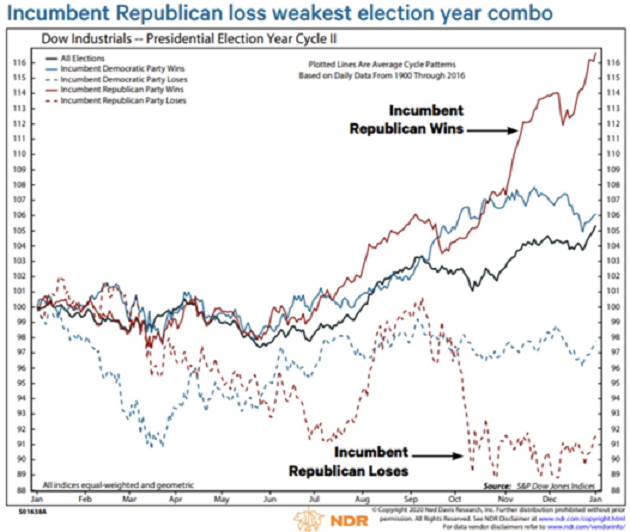 With an incumbent Republican running in 2020, it’s not a huge surprise to see the S&P 500 following a similar pattern.

In fact, the S&P 500 fell 4.4% in the two months leading up to the election. That was the worst month for the index since the COVID-19 crash in March. 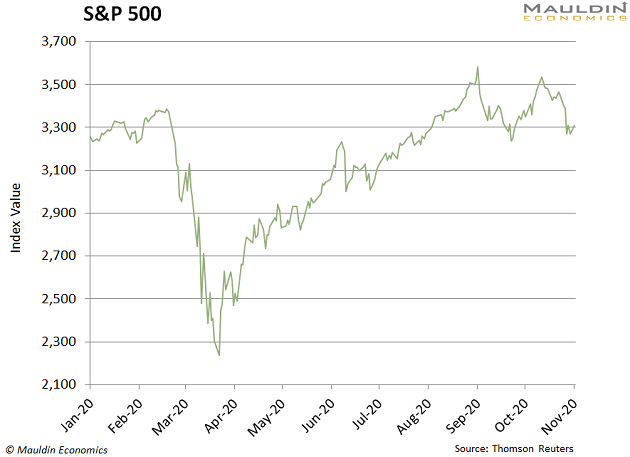 It’s interesting to track how markets react in the run-up to a presidential election. But in the end…

Stocks Rise No Matter Who’s in the White House

Most people think their party is better for the stock market and the economy.

But the data shows that it's stocks that always win.

Over the last 90 years, the S&P 500 has marched higher regardless of which party occupied the White House. 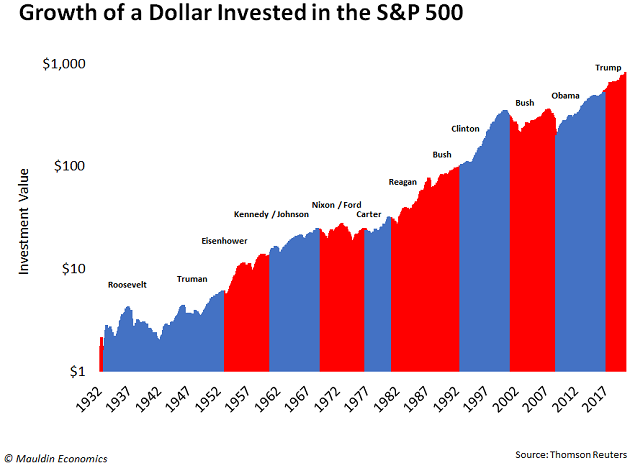 It's the ultimate act of bipartisanship.

You might be saying, “That might be true, but whoever controls the Senate and House must have an impact.”

That is also not true.

Stocks Do Not Care Who Occupies the Senate or House, Either

The Senate and House of Representatives are powerful bodies. They pass laws and have significant sway over the government’s “purse.” Yet, there is little link between a party controlling the legislative branch and stock market returns.

Since 1929, one party has controlled all three branches of the government—the White House, Senate, and House of Representatives—for 45 of those years. And during those years, the S&P 500 returned an average of 7.5%.

On a broader basis, the index was up 30 times and down 15 times.

But things didn’t change much in the other 46 years. During those years when the balance of power was mixed, the index climbed 7.3%. That’s rising 30 times and falling 16 times.

So whether one party has control or no party has full control, the returns are often identical.

In other words, if some members of your "team" end up benched for the next season, don't worry. Just make sure your portfolio is suited up to keep playing.

The Only Thing That Matters Now

One thing I’ve learned in my career is that the long-term trajectory for the stock market is higher. Over the last 90 years, the S&P 500 has finished higher in 73% of those years. 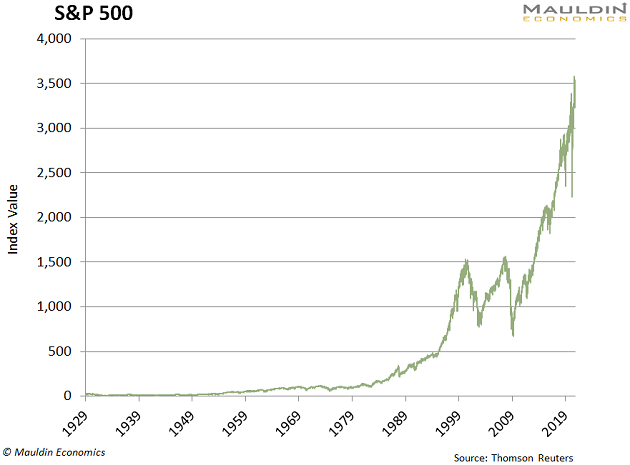 Whether that was the Global Financial Crisis, 9/11, or COVID-19, it’s always uncertainty—not who wins an election—that creates financial calamity.

And don’t get me wrong: Politics can create uncertainty. We saw this when we reviewed how markets have historically reacted to contested elections. 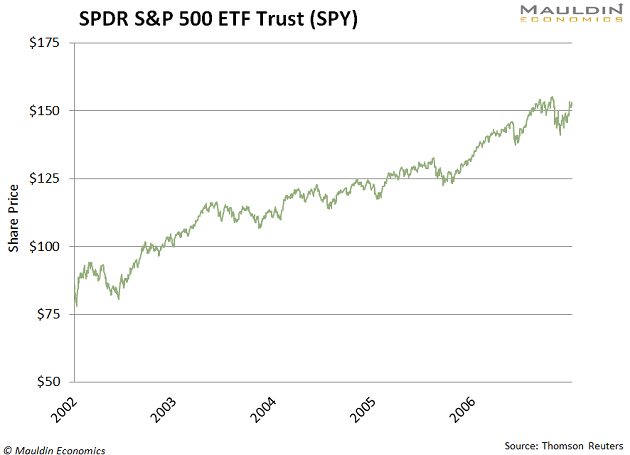 Knowing that, your goal should be to buy and hold high-quality stocks for the long haul. And for income investors, that means having safe and reliable dividend payers in your portfolio.

However the election shakes out, just remember that the person who has the most power over your portfolio isn't an elected official. It's you. So be sure to invest accordingly.