It’s so hard to believe anything you read anymore. It seems like every headline contradicts the one before it. I found these two takes back-to-back:

Workers who flee to cheaper pastures, however, may soon find that the grass isn't always greener.

Especially if they are thinking about leaving Silicon Valley and taking their jobs with them.

It Pays to Stay Home… If Home Stays Local

Palo Alto, CA-based VMware (VMW) said it will now allow its employees to work from home on a permanent basis.

That's great news for employees whose firms were among the first to champion open office spaces.

Plus, Silicon Valley is known for having some of the highest salaries in the nation… and the highest housing costs to go with it. (Remember that 897-square-foot Palo Alto home that sold for $2.59 million two years ago?)

No wonder there's a talk about "Tech Exodus." But I'm not a buyer… of that theory, anyway.

That's because, if a VMware worker decides to move out of Silicon Valley, he or she will have to take a pay adjustment.

These salary adjustments are based on the expected cost of labor in different areas. Moving to Denver would result in an 18% salary reduction, while moving to LA or San Diego would mean an 8% cut.

It's not just VMware…

Is the California Real Estate Gold Rush Already Back On?

Facebook (FB) has also told employees that the company will be making the transition to more permanent remote options. Employees are expected to work from home until July 2021, and the company expects half of the workforce to stay remote within the next 10 years.

No matter where you are, you can apply to become Facebook's first director of remote work. According to the job posting, this person will lead the push toward “remote-first ways of working.”

But like VMware, it might pay to think about securing your Silicon Valley residence sooner rather than later.

It will almost definitely pay to do that if you want to work, or continue working, for payments processor Stripe, which is among those who want to cut pay for those employees who move outside of Seattle, New York, or the San Francisco Bay area.

However, Stripe is also offering those employees $20,000 to relocate. And a Twitter (TWTR) spokesperson recently said that the company is also looking to localize compensation.

Tech firms are the ones that seem most logical to go fully remote. Being the first movers, they get to make up the rules.

You might see more industries take their cues from the Silicon Valley giants, and soon.

A Remote-Work Reckoning Is Coming

VMware has said that it expects employees to be honest about any relocations. But I think this will be a hard policy to police. Especially since it acknowledged that, if workers move temporarily to be with family or some other short-term reason, they will not have to take a pay adjustment. 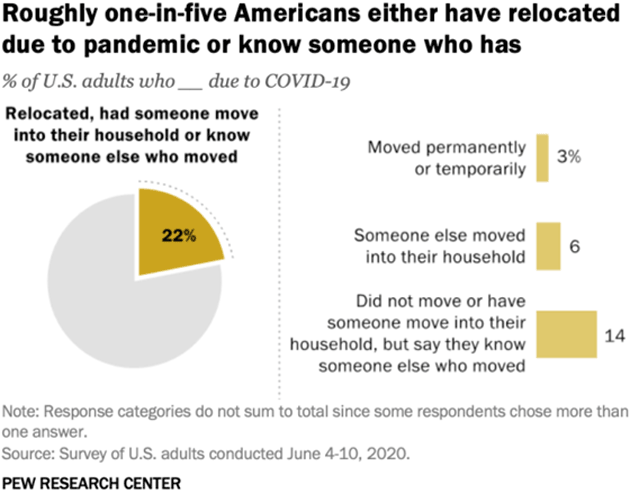 Some 22% of people who moved in the early part of this year did so because of the coronavirus.

Moon Salahie, owner of Elite Moving & Storing in Yonkers, NY, said, “People are fleeing the city in droves.” He has been working nonstop since the city began reopening and said that 90% of the moves are to the suburbs.

That includes out-of-state suburbs like Connecticut, where some 16,000 New Yorkers fled between March and July.

We can assume people wanted more space for their new indoor lifestyles. But many also likely relocated for financial and/or social reasons.

The Tax Man Will Keep You Company Wherever You Go

I’m reminded of my friend who’s a full-time RVer. She’s been parked in the same spot for a year, near our favorite coffee shop in West Palm Beach.

But now the travel bug is starting to bite, so this "permanent nomad" is considering her options for her full-time address.

One option means no state income tax, while the other does. But the second comes with much lower insurance premiums for all her vehicles.

If you've recently crossed state lines—virtually or otherwise—there's also a chance that your income might be eligible to be taxed in multiple places.

Only 13 states have agreed not to tax workers who have moved there temporarily because of the pandemic. So, accountants are advising taxpayers to keep track of how many days they spend working in each state.

As for my friend, my bet is that she finds a way to have it all. There's certainly never been a better time to ask for it…

A Bigger Perk Than Pay

Right before the US lockdowns started in earnest, Global Workplace Analytics reported that nearly 90% of workers it surveyed wished they had telework options.

Many employers were resistant despite that same survey's findings that they could save $11,000 per year per employee just by requiring them to be in the office half-time.

Given that, a pay cut doesn't seem to make much sense. On the other hand, if you're going someplace where the cost of living is cheaper—and your quality of life is higher—are you really losing that much pay?

Tell us: How has the coronavirus accelerated your real estate and/or remote work plans? Have you headed for the suburbs/exurbs… or might you scoop up some newly available city property? Are you a new member of the remote workforce, and do you want to keep it that way? Send me an email here. I'd love to get your thoughts.

A decade of digital transformation is unfolding. Co-editors Dawn Pennington and Kevin Brekke introduce you to the innovators behind today's most powerful and profitable, trends. 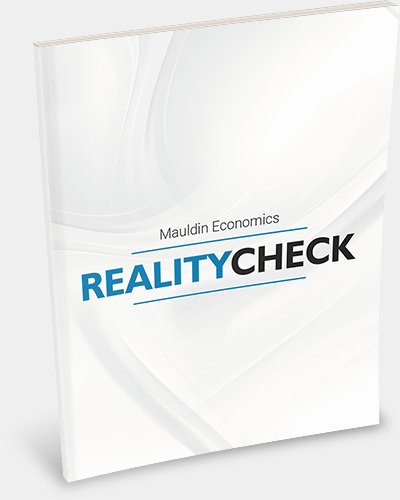 The Great Reset is catapulting the next decade's worth of innovation into today's balance sheets. Learn about the fastest-moving trends and the stocks set to rocket higher because of it. Get this free newsletter in your inbox every Tuesday!