Feel free to follow the link, but the shorter version is that the author of the article thinks that Jay Powell is a friend of the little guy for lowering interest rates. Meanwhile, Paul Volcker, during his time as Fed chair (1979-'87), was considered a friend of the bankers for raising them.

That is a pretty shabby treatment of Volcker, who singlehandedly defeated the great inflation of the 1970s (with a tailwind from a massive amount of deregulation). And it’s an interesting bit of revisionist history.

This is what the BCRA (Argentina’s central bank) has been trying to achieve for years.

I’ve been in Buenos Aires, and I’ve been to the central bank museum. You would think that a country with a history of hyperinflation would take pains to conceal that fact. 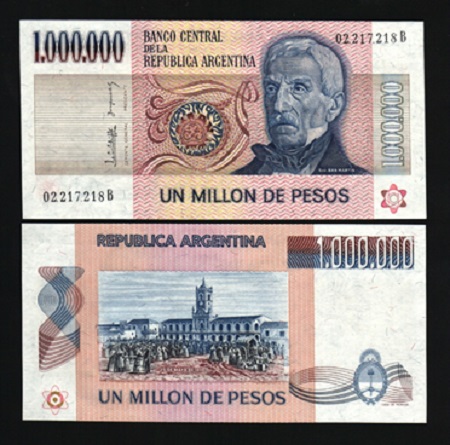 This Argentine million-peso note is selling for US$50 on eBay.

But no, it’s out there on display on the floor of the museum, with the million-peso notes. The employees of the museum blame it on Menem.

If you looked at this in a very linear, first-order way, you might think that a dovish central banker is a friend of the little guy.

After all, efforts to create inflation ultimately result in increases in wages. Of course, if prices go up in parallel fashion, it is a push at best.

Typically they don’t go up in parallel—prices generally go up more. 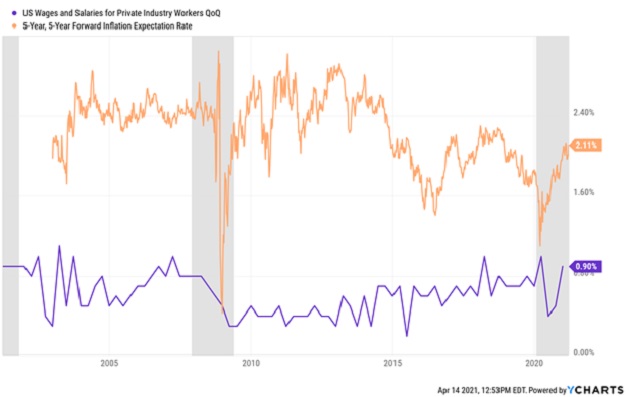 I would say that Volcker (and to a lesser extent, his successor Alan Greenspan) were friends of the little guy for creating the conditions for 40 years of disinflation.

Yes, wages have been stagnant, but the price of goods has gone down in real terms—raising everyone’s standard of living.

A little inflation feels good at first, because wages are rising, and people feel richer. But the laws of economics are not to be conned,

As Thomas Sowell said, "There are no solutions, only trade-offs." 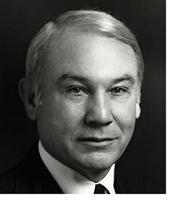 Actually, we have had in our history another Fed chairman who was a friend of the little guy.

G. William Miller was a Jimmy Carter appointee who was brought in to correct the errors of the too-smart-for-his-own-good Arthur Burns.

Footnote: Miller was a 1946 graduate of the Coast Guard Academy, my alma mater. He was yanked as Fed chairman after about a year and a half and was made Treasury Secretary as the consolation prize, where he could do less damage. Not a terribly uplifting episode in our monetary history.

What Powell is doing is what I call central bank populism. It is happening in Turkey, though in that case it is as a result of political interference. Turkey is plagued by
shortages, chronically high inflation, and a submerging currency.

The Beatings Will Continue Until the Economy Improves

In Powell’s recent interview with 60 Minutes, Scott Pelley quizzed him on the homeless encampment a block away.

"You know, there are something like 8.5, 9 million people, maybe even more than that depending on how you count it, who were working in February of last year before the pandemic and have lost their jobs. It's going to take some time.

"The good news is that we're starting to make progress now. The numbers show that people are returning to restaurants now. We're not going to forget those people who were left on the beach really without jobs as this expansion continues.

"We're going to continue to support the economy until recovery is really complete."

Powell oozes empathy here. A central banker should not be empathetic.

When central bankers are empathetic, there is inflation in the beginning. At the end, there is revolution.

I suspect that Powell will not tighten monetary policy as long as there is one person unemployed. That’s an exaggeration, but not by much.

Protecting the purchasing power of the currency comes at a short-term cost. Raising interest rates increases the financing costs of businesses nationwide. This will result in layoffs.

The costs are visible, but the benefits are not.

So we are going to get inflation—everybody knows it by now, except for the bitter clingers with their government bond funds. The Fed frequently creates inflation without trying—what will happen when it actually tries?

I'll tell you what happens. We get hit with 4% inflation in the next year, and you either invested in the assets I list in my brand-new (and timely) report, "Inflation Bull: 8 Ways to Profit—NOW!" … or you wish you had.