I think what’s interesting here is how shamefully far behind the Fed is on this. Dudley is out there still talking rate hikes. Like, just the other day. He has gone right out of his tree. It’s almost as if he lost his B-Unit and can’t log into Bloomberg.

It was like this in the financial crisis, too. The Fed was very slow to act. It is a known fact that the Fed has never forecasted a recession (in spite of employing hundreds of nerd economists whose job it is to do precisely that). They don’t even react to them very well. I’m not certain we’ll get a recession, but the Magic 8 Ball says, “It is decidedly so.”

Credit spreads tend to be the best capital markets indicator of bad juju. The underlying bonds are even worse than the ETF. There are bonds that are gapping 10 points lower at a time.  There is no dealer participation.  We are going to get hung bridge loans.  Some of the larger deals are troubled.  It is a mess.

My guess is that over the course of the next few weeks, the Fed is going to change their minds on rate hikes. Maybe they have already. It’s been my view that they won’t hike until 2017. I still believe that to be the case. I think you and I know what the Fed is going to do better than the Fed itself.

There are some people who think we’re FUBAR, that the Fed is out of ammo and we just have to get run over by the Mack truck because we can’t hike rates anymore, and what good is QE going to do, anyway?

Well, the one thing QE did was to raise asset prices, which happens to be the thing that currently ails us.

But remember, the Fed has all kinds of tools that haven’t even been explored yet.

The latter refers to when the central bank prints money and doesn’t buy bonds with it… it just mails out checks to everybody.

If I were a gold bear, I’d be nervous.

The only way the Fed can get out of this is if they somehow manage to get the dollar to go the other way. To sell off.

That’s going to be hard. The strong dollar trade is the most relentless trend around.

This is the dollar over two years:

This is the dollar over a much longer timeframe:

Any technician would tell you that the dollar is consolidating, and the next move is higher.

But a move higher in the dollar would be brutal for global markets. EM is falling apart as it is.

If the Fed wants the dollar lower, it has to do one or more of those things in the itemized list.

An Austrian economist would say, screw it, let it go. There will be an adjustment period. And everything will be fine.

Even I am old enough to remember a time when the Fed didn’t feel compelled to intervene every time stocks went down 10%.

What People Are Saying

Pretty much every hedge fund guy I talk to is 100% bearish, this is the end of the world, etc. These are the guys responsible for the five-figure orders in HYG puts.

I would say the real money crowd is a little more sanguine. They are looking for value here.

The hedge fund guys are supposedly the smart money, but they tend to move as a pack. And they all tend to be wrong at the same time.

It’s getting ugly, but this isn’t the financial crisis and it’s not the dot-com bust. Stocks were overvalued, but not egregiously. Carl Icahn said there was a bubble in high yield, but there’s historical precedent for spreads to be this tight—they were tight throughout the duration of the Great Depression.

Biotech has sold off almost 30%, and big-cap biotech is trading with single-digit P/Es. Things can get worse—that’s what markets do—but this isn’t the end of the world.

I think the bigger danger is not how far the market goes down but how long it stays down. It will take a long time to reclaim the highs.

I realize this is probably no help. Trust me, if I had conviction here, I would let you know.

Great letter, Jared.  It’s nice to read one from someone who is not a permabull or permabear and has not cherry-picked data to support a point of view.

The DXY isn’t a great representation of the dollar since it’s only a handful of currencies and too heavily influenced by the euro.  A better index is the trade weighted US$ index.  https://research.stlouisfed.org/fred2/series/TWEXB 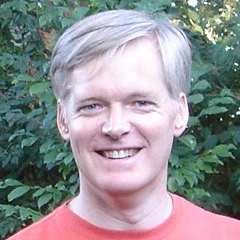 Your comment about credit spreads echoes what John Hussman has been saying for the last few months.  Perhaps it’s time to buy a bigger mattress.