Funny thing is, it’s happening on Wall Street too. It’s been happening for a while.

I met with one of my longtime subscribers on Monday, a guy who works for a lower-tier broker-dealer and who has spent pretty much his whole career as a sales trader. If you don’t know how execution works on Wall Street: basically, a customer (like a mutual fund) takes his order to a bank or broker-dealer where someone called a sales trader will pick up the phone. The sales trader takes the order and gives it to the trader, who will execute the trade.

Well, you might ask, why don’t we do away with the middleman? Why don’t we have the mutual fund talk directly to the trader?

There are good reasons not to do that, but in today’s markets, most of those reasons have gone away. In the old days, when people were trading large blocks of stock, you didn’t really want the trader to deal with the customer when transferring large amounts of risk. It is an adversarial relationship, and you need someone in between.

Thing is, since algorithmic trading has taken over the stock market, nobody really trades blocks anymore. Oftentimes, the customer will give the order to the sales trader, who will plop it into auto-trader and sit there and watch it all day.

If you’ve read about high-frequency trading, you know what happens next: the algorithms prey upon the dumb autotrader, diminishing execution quality, and the customer is incentivized to trade his order anonymously, like in something known as a dark pool.

All of this is bad news for the poor sales trader. He went from trading a few dozen block trades a day to plopping a few orders in autotrader, to now pretty much sitting around doing nothing.

There are a lot of people on Wall Street sitting around doing nothing, hoping to get orders to trade stock that will never come. These are people that made as much as $2 million a year—on the strength of their relationships—but those relationships have turned out not to be so strong when execution quality hangs in the balance. $2 million has dwindled to zero, in some cases. People are leaving the industry in droves.

I Think I Jerked a Tear

Not many people will shed a tear for the poor sales traders who were arguably overpaid in the first place. Wall Street was once a place where marginal performers could hang out and earn giant excess returns. Some people will be unhappy with me for saying that, but it’s true. As competitive as it was to get a job on Wall Street, this ecosystem managed to provide a living for some folks who were, in some cases, qualified to do little else.

That is going away. Like I said, lots of people are happy about that. Capital replacing labor. Nobody misses the buggy whip makers.

Although I saw something on Facebook the other day that suggested the fast food restaurants should intentionally employ human beings even though robots could do the job cheaper, just as make-work for people who otherwise wouldn’t have jobs.

This has been happening in Japan for years. Japan has had its version of EZ-Pass on the highway for years, but they still employ tollbooth operators to wave at cars as they drive by (or did, as of 10 years ago). Milton Friedman would have a field day with this.

Accordingly, some people are nostalgic for the old days of open outcry and paper tickets. But we are never going back.

I am no technophobe, but I will say one thing—you do lose something when you take humans out of the picture.

Not for the reasons you think. I would never go back to the specialist system—putting people in a position where they have privileged access to order flow can be dangerous in the wrong hands. But I am not kidding when I say that a growing number of people in the markets know a lot about computers but virtually nothing about markets. Trading isn’t a computer program. It’s not a game. You are dealing with very fallible and unpredictable human beings. You can’t model human behavior.

I don’t know what form it will take, but in a world of computer-based trading, there is a 100% chance that there is a financial accident in our future. It has already happened once: the flash crash.

Not that there were any lasting consequences to the flash crash, except a huge loss in market confidence, which is many times worse than actual financial losses. Markets are the best thing in the world, but when politicians start calling them a dangerous casino, the alternative—caps, floors, and other controls—starts to look more attractive.

Just wanted to pop in again and say that it’s just about a month until ALL THE EVIL OF THIS WORLD comes out! 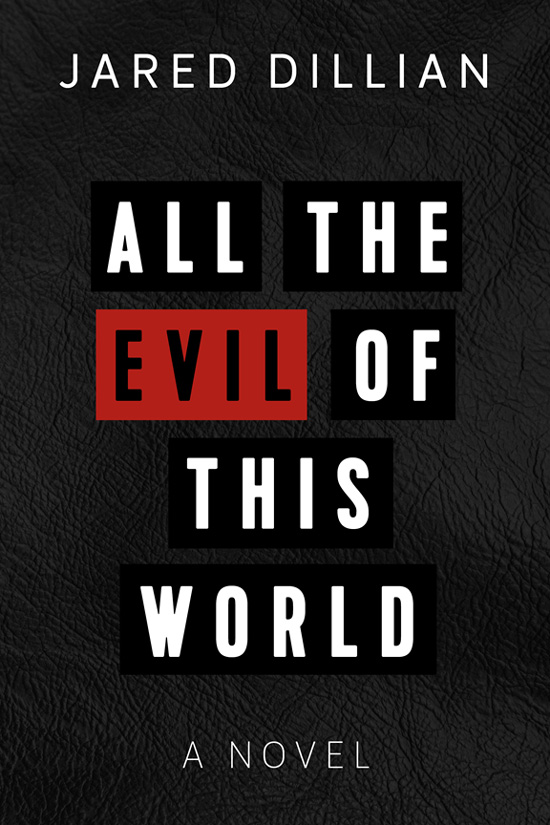 “Jared Dillian’s first novel is like a massive blast of crank. Pure adrenaline. Takes you on a bender that leaves you feeling like you need a hot shower by the time you’re done. Required reading for all free market apostles.” —John Rolfe, author of MONKEY BUSINESS

“ALL THE EVIL OF THIS WORLD is a novel of high energy and charged prose that charts the vertiginous world of trading and investment with striking intimacy and candor. Wild, sad, and often funny, this multi-voiced book portrays the high-stakes, competitive, and volatile culture that would eventually drive the US economy to near collapse.” —Siri Hustvedt, author of THE SUMMER WITHOUT MEN

“Oprah would hate this.” —Turney Duff, New York Times bestselling author of THE BUY SIDE

“ALL THE EVIL OF THIS WORLD is a wild ride that’s hard to put down. It’s a messy, captivating account of one hot trade. But it’s really an absorbing, Bret Easton Ellis-style examination of Wall Street’s underbelly at perhaps its ugliest and most exciting time.” —Gregory Zuckerman, author of THE GREATEST TRADE EVER and THE FRACKERS

You can pre-order the Kindle version here. The paperback will be available for sale on June 21. The usual disclaimer applies—as you can tell from the reviews, it’s a pretty intense book. But maybe you like that sort of thing.