I struggle to see how economic policy would be fundamentally different with Bernie Sanders as president, except for higher taxes. 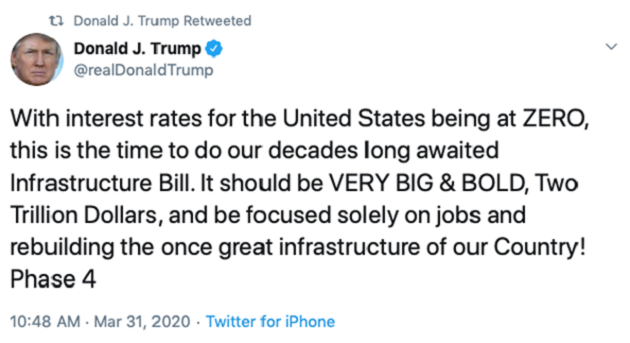 I try to stay away from the macro doom modern monetary theory (MMT) debates, because they are overly ideological and nonproductive. But now we are living it.

The Fed is more or less doing MMT as we speak. But rather than giving printed dollars to the Treasury, it’s using the bond market as a conduit. Trillions in bond issuance, financed by trillions of dollars of printed money.

Don’t get me started on the pathetic levels of assistance we are offering American citizens in favor of financially irresponsible corporations.

What we are practicing here is not capitalism. In order for capitalism to work, we must allow corporations to fail. The bankruptcy process works just fine. Sure, shareholders and creditors would experience losses, and this would teach them to be more careful next time.

It is the down part of the cycle that is most instructive. Yet we never get to experience it.

It’s bigger than just Trump, though. In times like this, there is huge societal momentum to do something. Thomas Massie, the one congressman who more or less favored doing nothing, was tarred and feathered. The word laissez-faire hasn’t been uttered in years.

Tough time to be a libertarian or a hard assets investor, though that may be changing soon.

MMT critics have said all along that if the Fed financed government expenditures, we’d end up with Zimbabwe-style hyperinflation. I guess we’re going to find out!

Gold’s performance has been underwhelming, but gold typically outperforms after a crisis, not during. 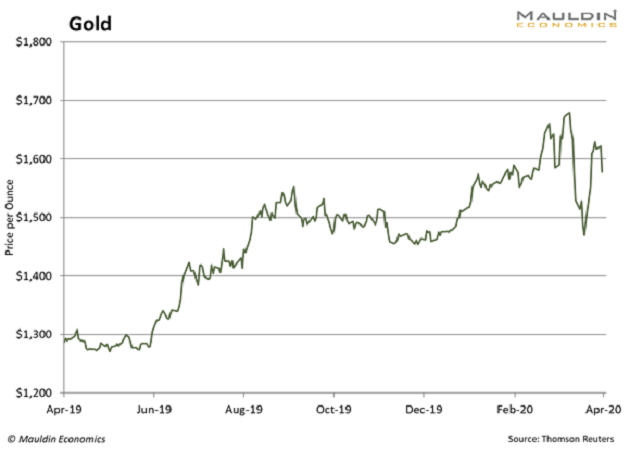 But yeah, if gold is going to work, now is the time. We’re looking at:

I haven’t seen any takes on why gold would go down in this environment, except from the Elliott Wave guys. They think we are headed into a deflationary black hole and that gold is going to zero.

Meanwhile, the hyperinflation experienced in Weimar Germany, Venezuela, and Zimbabwe would tell us that we are not headed into a deflationary black hole.

We should all put some thought into how to invest in an MMT environment. Do you buy all commodities? Do you sell bonds? Do you get exposure to volatility? I hope to explore these topics in the coming weeks.

One last point about gold. If you run correlations on gold with various stuff, it turns out that it has the highest correlation to budget deficits. Run the numbers yourself and see.

In recent history, gold skyrocketed to $1,900/ounce with the post-global financial crisis Obama deficits. And it tanked once the fiscally responsible Tea Party Republicans formed an effective opposition.

Bernie and socialism are creeping back into the national conversation, so I thought I would comment on how well things are going. Really, they are. 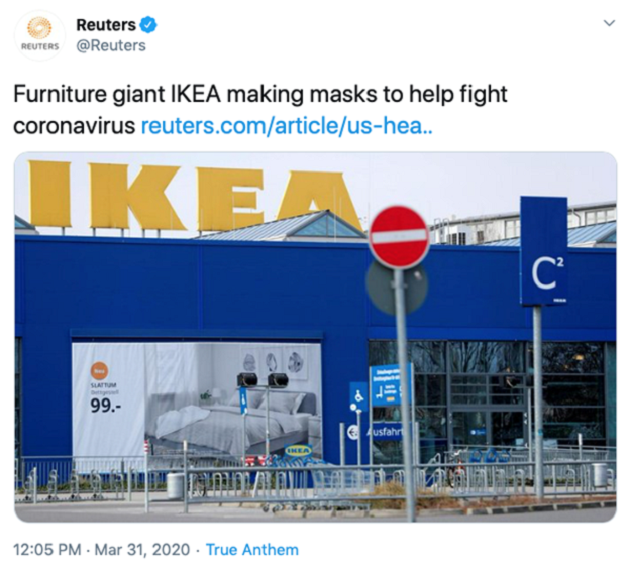 It is the invisible hand of capitalism. Each of us working for his own gain, benefiting us all.

If Trump really wanted to screw this up, he would appoint a mask czar, and attempt to dictate the activities of millions of people. But central planning doesn’t work. It doesn’t work in good times, and it doesn’t work in bad times. And emergencies are not a justification for it.

The doctors will get the supplies they need, in time, and in the right place. The invisible hand will ensure it happens.

Trump’s only job here is to provide inspiration. You can judge for yourself whether he is effective at that.

So while I am a natural-born pessimist, I do not believe that the worst-case scenario will be realized. In fact, I think that it is very, very hard to be short human ingenuity.

For some reason, most people are utterly convinced that our efforts to “flatten the curve” of coronavirus infections will fail. And for sure, there are parts of the country where people are taking the coronavirus less seriously.

But the track record of those who have bet against this country is very, very poor. I am old enough to have a pretty long memory of big failures in markets and governance.

I take to heart the old Winston Churchill quote, which he may or may not have actually said: “Americans can be relied upon to do the right thing after exhausting all other possibilities.”

It looks like we collectively still have a lot of possibilities to sort through.

Be patient, be well. And wash your hands.

Paid-up subscriber to TDD, SF, ETF2020, and this freebie 10th Man…  I usually skip the latter. But this observation was among your best overall comments.  Note that now even former UST perma-bull Dr Lacy Hunt suddenly now has all his Hyper-inflation warning boxes ticked. Wow.

I, unfortunately, couldn’t agree more with most of your observations.  As the brilliant Thomas Sowell once quipped about voting- When you vote you are voting for “the difference between disaster and catastrophe”.

No one wants big government .....until they need it. What our government is doing, and rightfully so, is a form of socialism. We need more government to step up and coordinate not only this effort, but those to come. the present administration gutted the social service agencies we had in place to combat situations like this. We need leaders that will listen to SME’s in their respective fields and have an ability to manage the situation. Hopefully, this will change in November

Sometimes coordination is necessary. Do you think it is a good idea for states to compete with each other for supplies and equipment?

You might want to take a look at how the United States made it through its last great emergency:  World War II.

Sorry, turns out, there is a mask czar.
https://www.yahoo.com/news/behind-scenes-kushner-takes-charge-235545283.html