Editor’s Note: Longtime readers of The 10th Man might recall Jared Dillian predicting rising inflation last July, long before everyone else was talking about it.

He said, “the deflation trade was toast.” And he was right.

Inflation has already reached 5%, and people are coming to expect rising prices.

Today, we’re sharing one of Jared’s early essays on inflation, first published on July 30, 2020. It’s filled with critical insight on how we got here and what you can do to protect your money now. 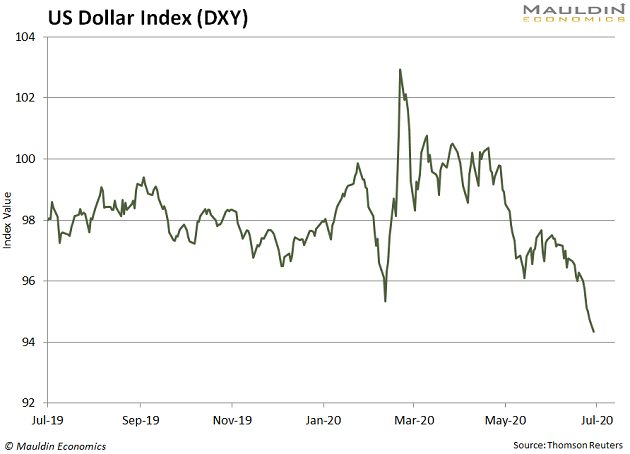 As the federal government goes further and further into debt, the assumption right now is that the Fed will end up buying all of it, as part of Yield Curve Control, or MMT, or whatever. We are, more or less, at the direct monetization phase, and the government has learned that it can issue more and more debt without consequence, which is to say, without interest rates rising. 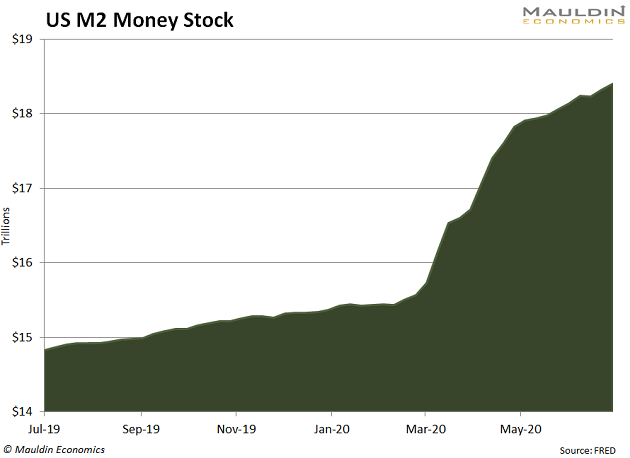 These sorts of things only happen every seven years or so. The deflation trade is toast. Better get some butter and jam.