A few pictures were snapped to prove I was actually there. The photographer got me onstage, catching flies, interrogating David Zervos of Jefferies about his Bondfire hats. 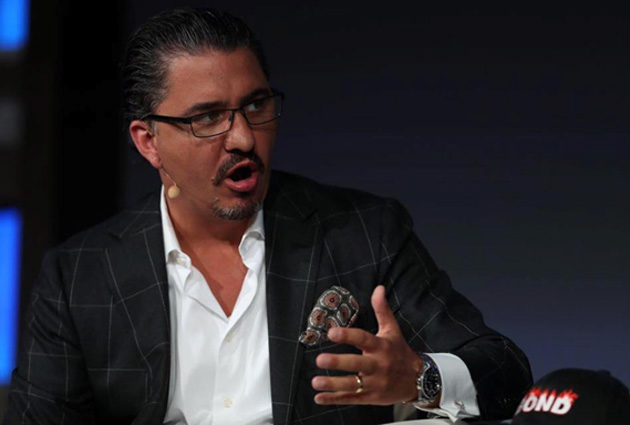 Also, I DJed the Tuesday night cocktail reception, and managed to record about half of the three hour set. You can check it out here. And if you want to check out the rest of the SIC (DJ set not included), you might want to think about picking up a Virtual Pass.

What I want to talk about today is airlines. I’m a longtime airline bull, going all the way back to 2012-2013—long before it was fashionable.

I liked airlines because everyone hated them. Especially Warren Buffett, who once said that someone should have shot Orville and Wilbur out of the sky. He now owns the stocks.

A pilot wrote a great article in The New York Times saying that the conventional wisdom about airlines (which is that they suck) is all wrong.

People like to talk about the golden age of flying, with three-course meals, plenty of room to stretch out, people wearing ties, the piano bar in 747s… all that jazz.

This is yet another example of people being habitually sullen and taking things for granted. Flying is pretty awesome. As Louis C.K. said: “You’re in the sky…in a chair!”

But didn’t United Airlines just throttle a guy and drag him off the plane?

Didn’t a flight attendant from another airline try to start a fight with a passenger?

There is a phenomenon in social psychology—I don’t know if there is a name for it1—but when you see something in the news, like a passenger being mistreated, chances are you going to see that over and over again for months, until the news people get bored and move on to something else.

Based on the newsflow, you might be led to believe that airlines beat up their passengers all the time, and that flying commercial is some kind of dystopian hell.

Certainly some aspects of it are less pleasant than they used to be, and a lot of that has to do with airport security.

But if I had one beef with flying nowadays, it is that people don’t really look after their appearance, and might want to lean a little closer to the deodorant.

And that doesn’t have anything to do with the airlines.

One of the really great trades in The Daily Dirtnap was back in 2011 when Occupy Wall Street happened. Oh, I remember that clearly—it coincided almost perfectly with when Street Freak (the book, not the newsletter) came out.

Sentiment towards banks and bankers is still pretty bad, but it reached a low point in 2011. I remember thinking… if everyone hates banks, then banks are probably going to… rally! 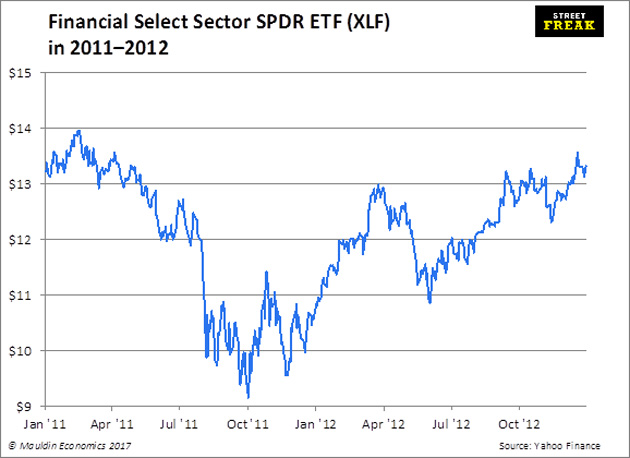 In fact, it was a massive rally. I called the trade “Occupy XLF” at the time. Occupy Wall Street pretty much marked the lows in financials.

It always works out that way.

Airlines aren’t on the lows, but I can tell you that when everyone hates airlines… airlines are probably going higher. 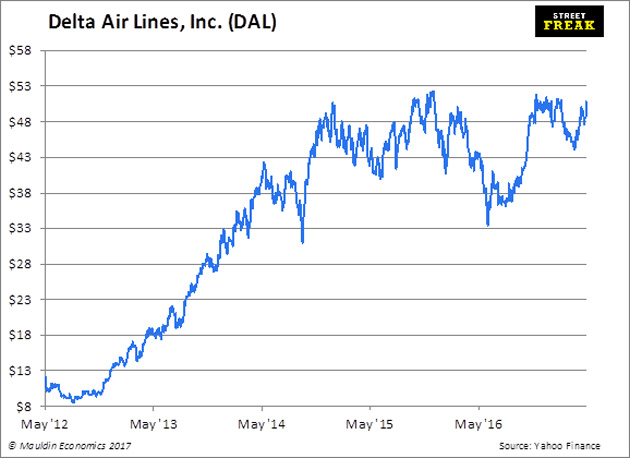 Want another example of how this works? Remember Deepwater Horizon? The BP oil leak in the Gulf of Mexico? 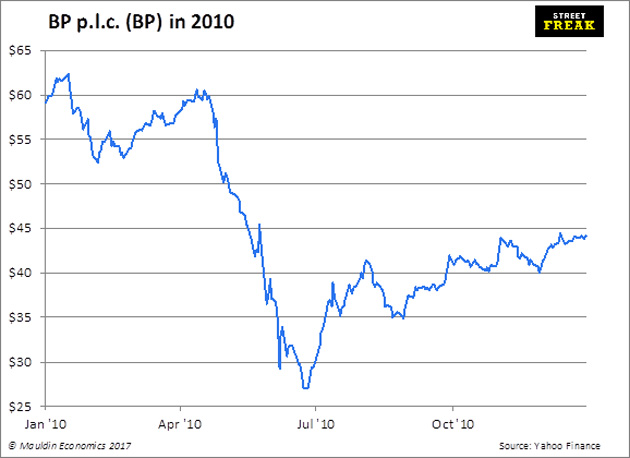 The explosion happened on April 20, 2010, and the leak was capped in July. Remember how angry people were at oil companies?

Airlines have been such horrible stocks for so many years that people have completely forgotten that they can be… not horrible.

There was actually a time where there was speculation that United Airlines would be taken private in a leveraged buyout (LBO) in the late eighties, sending the stock into space.

Of course, that was peak private equity stupidity, because an airline is about the worst possible business to LBO. But it shows how drastically different sentiment can be from one decade to the next.

American Airlines is the largest airline in the world (by routes). What do you think the market cap is?

Airlines are not special. They have the ability to be wildly profitable, like any other business. Now that there are only four major American carriers, my guess is that they have some pricing power.

And fares have come up a bit—and they will come up more.

And you will pay them—because you are getting richer, and because they are still very low in real terms.

It would have been nice if Buffett was bullish in 2013, but he’s no dummy. It’s not hard to see the potential here.
_____
1 It’s a bit like Baader-Meinhof, but not exactly.