We haven’t had a recession in a while in the United States. The last one was pretty bad, so it stands to reason we might want to avoid a repeat of that experience.

President Trump is working very hard to ensure that we do not have a recession (at least until the 2020 election). The Fed no longer seems to believe that inflation is the greater risk. We are basically running the economy at full speed all the time.

It is hard to have a recession when monetary and fiscal policy have buried the needle.

Spend any time listening to some bearish folks and the message is that a recession is right around the corner. People (myself included) like to call this economy “late cycle,” but it has been late cycle for a while now.

I do think we are closer to the next recession than the last one, but that is not something you can trade on.

Still, that doesn’t mean you can’t prepare. This week, my colleague Robert Ross opened up a blog-style conversation for those of you who are:

Sounds good to me. If you want to take part in the conversation, ask Robert your question, or even just get a good gauge on recession sentiment among your fellow readers, I encourage you to get on over there.

The next recession will probably happen when Silicon Valley blows up.

Back in the very early days of The Daily Dirtnap (December 29th, 2008, to be exact), I made a bullish call on Amazon. In 2012, I changed my mind and turned bearish on the stock, right before the blast-off. But the original bullish call was pretty smart.

Plus, Amazon was growing rapidly—and this was when it was mostly books and records, before the push to become The Everything Store. I had more vision than most—nobody was interested in Amazon at the time.

But in 2012, I failed to see that a company such as Amazon can get pretty big by running at an economic loss in a zero cost of capital world. I have a pretty big imagination—but not that big.

I wrote a piece about this recently in Bloomberg, talking about the economic impacts of the Silicon Valley business model. When Silicon Valley goes into a recession, the rest of the country will. And inflation will probably go up, among other things. We have a tech-driven economy. Look at the top holdings of any major index ETF—all tech companies. If you thought the banks drove us into recession into 2008, and camped out in a park for two weeks about it, wait until Silicon Valley unravels. Because someday, it will.

Some Silicon Valley luminaries, like Marc Andreessen, have recently received approval to form a Silicon Valley Stock Exchange, which is intended to be for companies who need more time to become profitable. The goal is that it will be a stock exchange for long-term investors.

Except, of course, that there is absolutely zero evidence that the stock market rewards short-term performance at the expense of long-term performance. The stock market tolerated 23 years of losses at Amazon, which is just now beginning to show profits (but not in its core business). There are dozens of profitless dot-coms.

All of this raises an interesting question: how long should the market wait for a company to become profitable? 50 years? 100 years? 200 years? Maybe a good business is profitable in the short, medium, and long-term.

You can point to the last few recessions and point to a specific reason as to why they started:

Recessions don’t just happen. There is a cause. Recessions happens when overinvestment turns into malinvestment, which turns into losses, which are transmitted throughout the economy.

Look around and it is not too hard to find the malinvestment. I like to pick on the scooter companies. The scooter companies are worth billions. In a just world they are microcap stocks with an $80 million market cap. Not every business has to revolutionize something or change the world. Scooters are just scooters.

Stochastic in the House

All 10th Man subscribers are invited to Hotel Chantelle at 92 Ludlow St in New York next Thursday June 6th for a night of music and fun. You get to meet me, and you get to hang out with a bunch of TDD subscribers, who are the best people in the world. Proceeds will benefit charities that help kids and cats. 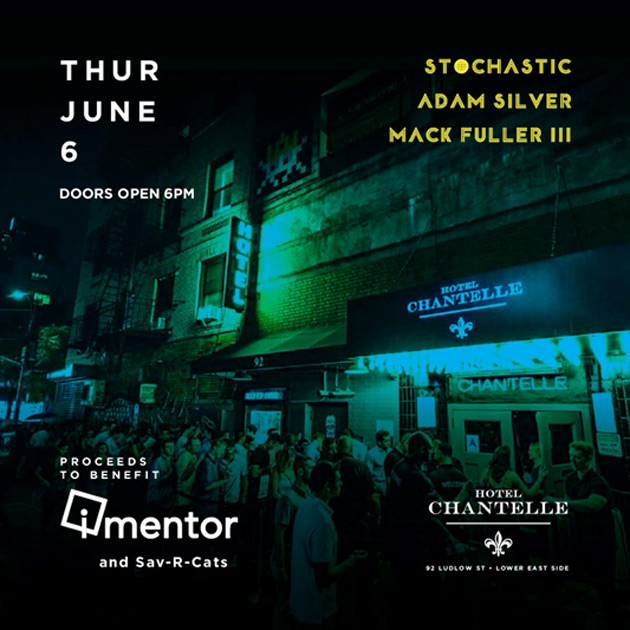 Here’s the link for tickets. Hope to see you there!