There are a lot of good lines in Ocean’s Eleven, a movie I have seen about 200 times. The late Carl Reiner uttered one of the best as he watched his fellow thieves load up duffel bags with cash through the casino’s security cameras.

“That is the sexiest thing I’ve ever seen,” he said.

We used to say that at Lehman Brothers, too, anytime someone executed a particularly clever trade. 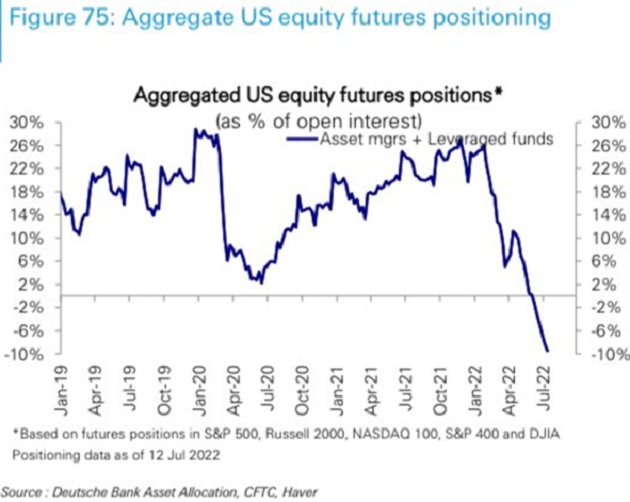 Now, the problem with this chart is that it only goes back three years. But the track record over the last three years is pretty good, with the last low coming during the pandemic crash. If you don’t believe in sentiment, you at least have to believe in positioning.

The second chart shows the same data back to 2006. You can see big increases in short positioning for pretty much every major pullback going back 16 years, with the odd exception of the financial crisis in 2008, when positioning went more long. As you can see, we now have record short positioning. 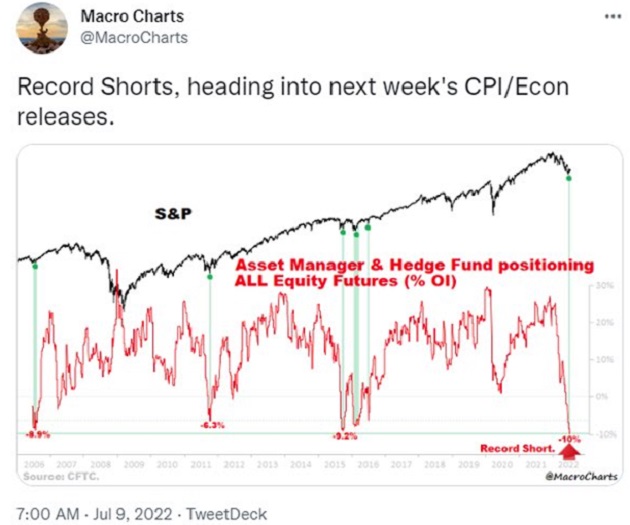 I’ll tell you how this ends—this usually ends with a monster rally, not a 5%–10% countertrend rally, but a resumption of the bull market. How is that possible? Don’t we have 9% inflation? We don’t know what the future holds. Maybe this new coronavirus will shut down the global economy again and lead to another injection of liquidity. We can’t predict what will happen. All we know is that when institutions get very short, a rally is usually imminent.

I tend to go on and on about sentiment in this newsletter (like I did last week), and sentiment is more art than science, but if you really want to get scientific about it, you can always look at positions. Look at what people do, not what they say.

Separately, have you noticed that housing bulls have ceased to exist? Ever since last month’s CPI report, when the bond market broke and mortgage rates went to 6.2%, every sentient analyst has pronounced the housing market dead and buried. Some people are actually looking for a crash, based on the number of deals canceled in the last month.

What if… the housing market doesn’t crash? What if it continues to outperform? What would cause that to happen? Well, interest rates could come down, a lot. 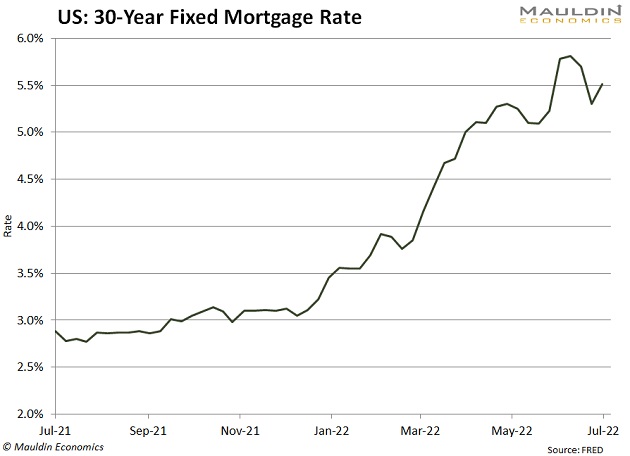 But I thought the Fed was going to keep hiking rates? It probably will—long after it is necessary. But if you look at the internals of the bond market, particularly Eurodollar futures, you will see that the bond market is pricing in a series of rate cuts not long after rates peak. The yield curve, as of last week, was inverted about 20 basis points, which is a lot. It could invert even more. The bond market is sending an unmistakably clear message: We are going to have a recession.

So, if we are going to have a recession, why are we bullish on stocks? Because stocks have already discounted the recession. The markets are simply following the pattern they follow during all recessions. I should point out that the worst of the economic data during the financial crisis occurred after stocks had already bottomed. Stocks rose significantly before the labor and housing markets fully recovered.

Personally, I think the more interesting trade, and perhaps the most lucrative, is in the bond market. 10-year yields peaked in the panic of the CPI debacle and have settled in just below 3%. If we really do get a recession, bond yields will perhaps go lower. Perhaps a lot lower. The chart isn’t compelling at the moment with 10s in technical no-man’s land. But as the economic data rolls in, it is going to be very, very hard for yields to go higher. The way I look at it, there is a fair bit of asymmetry. If you buy bonds, you know your downside is limited. 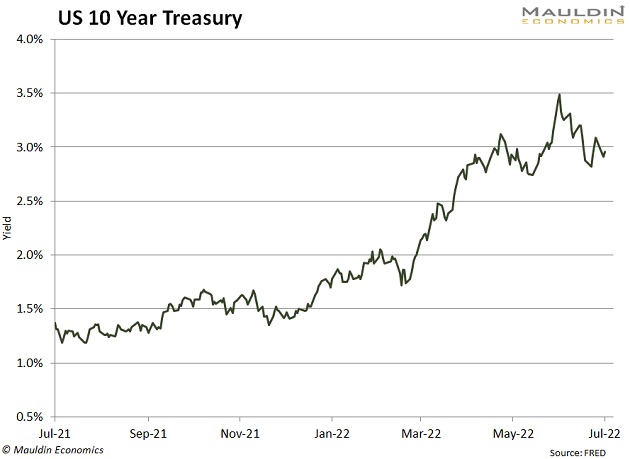 That is my framework for looking at the market for the moment. Things are pretty miserable, but if there is one rule in markets, it’s that things change—they won’t stay miserable forever, even though it may seem that way.

Another way of saying this is: “This too shall pass.”

And quickly… which is why I’m preparing my inner circle, the investors I share my analysis and trades with daily, for a fundamental shift away from all this bear market misery, so they’re ready to ride the monster rally I see coming soon. It just so happens I’m briefly opening up membership spots for 10th Man readers in my daily trading letter. Learn how to join this exclusive group by clicking here.