We live in a time of unimaginable luxury.

I am typing this newsletter on a computer—a computer! A 2018 iMac that runs at ridiculous speed with gobs of memory.

Next to me, I have my Beatspill+ Bluetooth speaker that is pumping out one of the DJ mixes… that I created at home with my CDJ-2000NXS2 CD players and my DJM-900NXS2 mixer… and recorded on my laptop at home (a MacBook Pro) onto GarageBand—which is free software, by the way.

I uploaded that music onto a platform called Soundcloud, which I pay about $10 a month for. People anywhere in the world can listen to my music for free.

Also on my desk, I have a few books that people sent me that they ordered through Amazon, saving them the trouble of going to a bookstore, finding the book, buying it, packaging it, and taking it to the post office.

I just finished a lunch of chicken thighs and mixed vegetables, which was purchased for less than $5 and prepared at home.

I’m wearing a designer shirt and jeans I purchased from John Varvatos, for less than an hour of work.

The only thing that could make this picture better is if I were skinny.

Now, some of the luxuries I listed off are things that not everyone has, like the DJ equipment (though hobbyists can get something comparable for a lot cheaper) and the designer clothes, but that is a matter of taste.

We live in a time of unimaginable luxury, and we don’t realize how awesome it is. Because someone else has a Ferrari, and I don’t. Which is really what it comes down to.

Even the poorest households in the United States had a life of unimaginable luxury compared to 30 years ago. They had dishwashers, washers, dryers, TVs, refrigerators, air conditioning, video game consoles, Netflix, smartphones, computers—all affordable by nearly everyone as the magic of capitalism drove prices down.

We’re experiencing a bit of inflation. If that becomes a permanent feature of our economy, these standard-of-living increases will not be possible.

Wages are going up (hooray), but prices will be going up faster than wages. We will feel richer in nominal terms, but will actually be poorer in real terms.

This is especially true now, here in the early days of inflation. Wages have gone up, but prices have been slower to move.

Very few people are nostalgic for the decade of the 2000s, but that is when standard-of-living increases really took off. A huge pool of workers entered the global labor force from China and Russia. They helped to bid wages lower, which allowed for the production of goods more cheaply.

My favorite story from this time period is a trip to Walmart I took in 2010.

There was a pile of doormats for sale. Doormats made of rubber and Astroturf that were manufactured and shipped around the world to be sold for… $4. I thought to myself that this was the peak of globalization.

For a variety of complex reasons, it makes no sense to do this anymore.

Wages have gone up in China. People are taking a hard look at supply chain disruption (like semiconductors in Taiwan), and a lot of the manufacturing is starting to return home, but it’s not our core competency.

I should make a trip back to Walmart to see how much those doormats cost now.

We experienced a giant deflationary boom in the 2000s. All people could focus on was the fact that wages were stagnant, instead of all the glorious things that we could buy with those wages at incredibly low prices.

The 1960s might be a good analogue here—it was the last time the US experienced an inflationary boom.

We had an accommodative monetary and fiscal policy, inflation picked up rapidly, but the economy grew briskly throughout the decade.

We live in a time of unimaginable luxury. But that luxury may not be as attainable as it once was. What happens when incomes go up and standards of living decline?

It will take a while for people to notice. But when they do, we’ll be breaking out the WIN buttons again. And you'll want to get in on rising inflation trades before that happens.

I would love it if you would join me on Friday, June 25th, at Doux Supper Club at 59 W 21st St in Manhattan. It’s going to be amazing. You’ll meet hundreds of other subscribers and hear some great music. 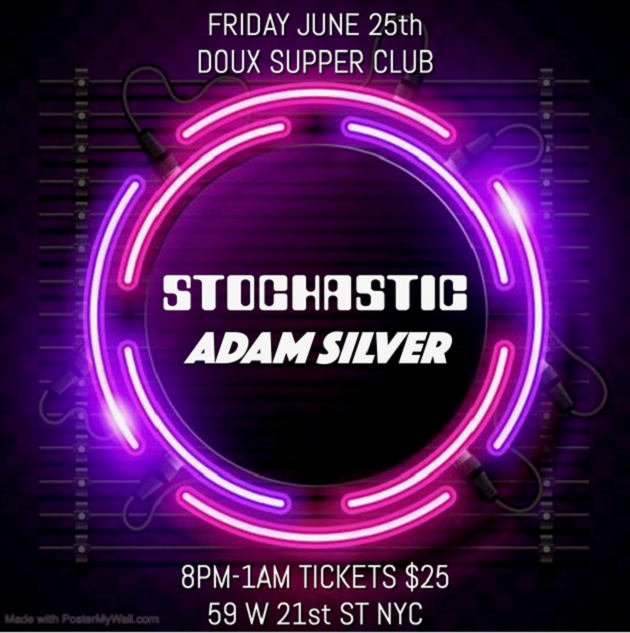