The logic of Donald Trump’s multi-front trade war, if there is any, is increasingly obscure. The tangled mix of policies isn’t accomplishing its stated goals and seems unlikely to ever do so. Meanwhile, it hurts the Americans it should supposedly help.

Regardless, it’s happening, and it has consequences… none of them good.

The president’s latest move to impose escalating tariffs on imports from Mexico is the trade equivalent of “going nuclear.”

Judging by his tweets, Trump thinks it will solve multiple problems: trade, drugs, immigration, and crime. That’s doubtful at best. But as with real nuclear weapons, the blast wave isn’t going to discriminate. It will hit everyone.

If you think the trade war hasn’t affected you yet, brace yourself. You’re about to feel it. 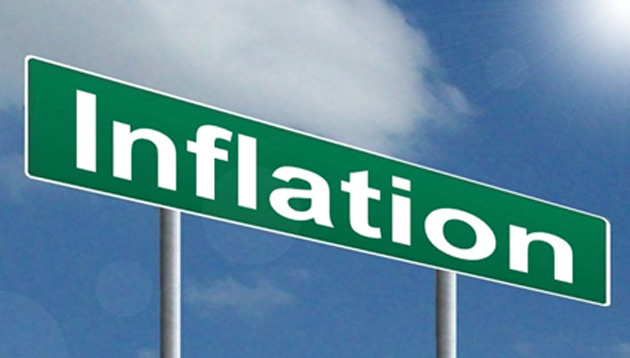 A tariff is a form of sales tax on imported goods. The importer has to give the government cash, then recover it by charging more when it resells the goods, accepting lower profit margins, or some combination of both.

So far, President Trump’s tariffs are showing up as higher inflation. It’s not obvious in the broad inflation measures like the Consumer Price Index because only a few goods have been affected. But in those segments, the impact is clear.

Goldman Sachs recently compared price changes in nine tariff-impacted CPI categories vs. those that weren’t. Since the first tariffs in 2018, an index of those categories rose more than 3%. Meanwhile, all the other core goods categories showed a slight decline. 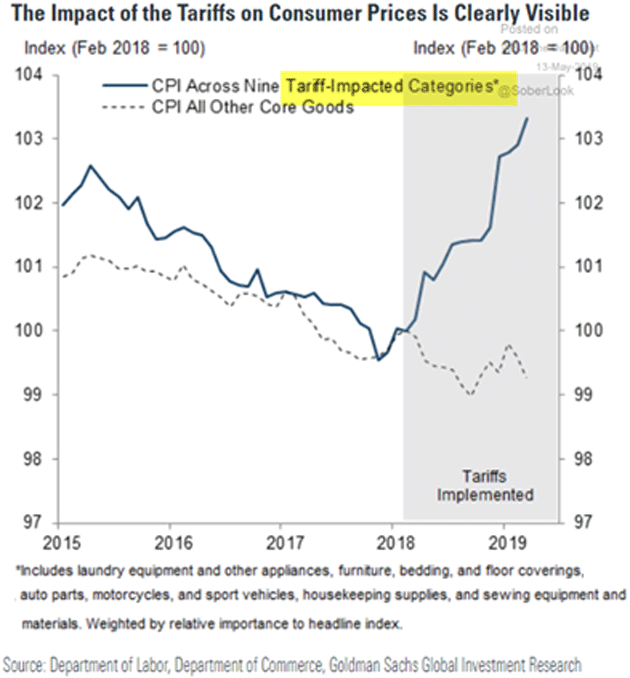 This impact is about to spread. The president is raising tariffs on almost all Chinese goods and is threatening the same for Mexico.

Again, we won’t necessarily see this in retail prices right away. But if we don’t, it will be only because merchants have stockpiled inventory or decided to absorb the cost out of their profits.

If it’s the latter, it’s still not good. Companies with shrinking profit margins usually try to recover them somehow, like laying off workers or postponing expansion plans.

Consumers will certainly notice if the latest tariff increases persist more than a few months. Top retailers depend on Chinese and Mexican goods. Those prices will probably rise.

That might actually please the Federal Reserve, which has been despondent over its inability to hit its 2% inflation target. At some point, they might raise interest rates to counter the inflation pressure, but I think they’ll let the economy “run hot” for a while first.

This might actually stimulate some activity as people try to avoid tariffs or find substitute goods. But mostly, we will see it as higher prices and lower disposable incomes.

But that will only be the beginning. 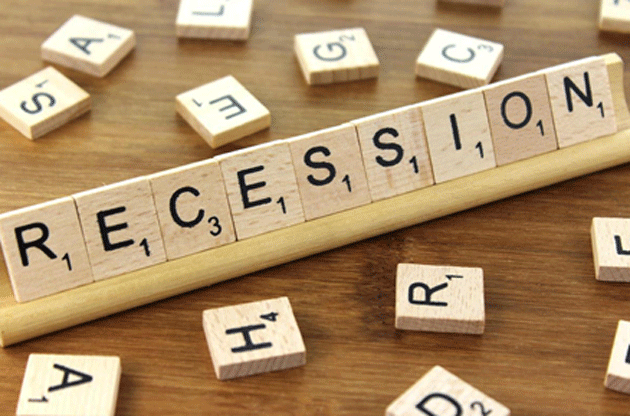 Remember when politicians actually worried about government debt? I know, it’s been awhile.

We used to think high debt would cause inflation. That hasn’t happened, for reasons John Mauldin explained recently in “Why Debt Won’t Spark Inflation.”

Essentially, debt-fueled fiscal stimulus fades quickly to be replaced by weaker business conditions. Demand falls enough to keep consumer prices and interest rates from rising much, if at all.

Tariffs are similar in some ways. President Trump, at least, thinks he can make companies move production to the US and hire American workers, thereby stimulating growth.

That may happen a little bit, here and there. But it won’t be much.

The business leaders who make those decisions know full well that Trump’s unilateral tariffs may disappear when he leaves office, or maybe sooner if he changes his mind.

Few businesses are going to make major capital investments based on a whim that could change tomorrow. So initially, we will just get the higher prices.

In fairly short order, though, some US manufacturers will reduce output because the imported parts on which they depend are too expensive, thanks to the tariffs, and no alternate sources exist in the US.

Laid-off manufacturing workers will tighten their belts and reduce spending, hitting the retail sector and possibly making some stores close. Those workers will lose their jobs, too.

Then the same will happen in the farm states as Mexico and China shift their once-large grain and meat purchases elsewhere.

By that point, President Trump may see the light and change his mind. But the damage will be done. Business leaders will have seen what can happen. Their willingness to take risks and invest in new capacity will be lower.

Then we may see some highly leveraged companies default on loans that never should have been made in the first place. Lenders will tighten standards and starve even viable companies of financing.

The Fed may try to counteract this with rate cuts or QE. But if we’ve learned anything the last decade, it’s that monetary policy no longer has the same effects it used to.

All this adds up to one thing: recession. 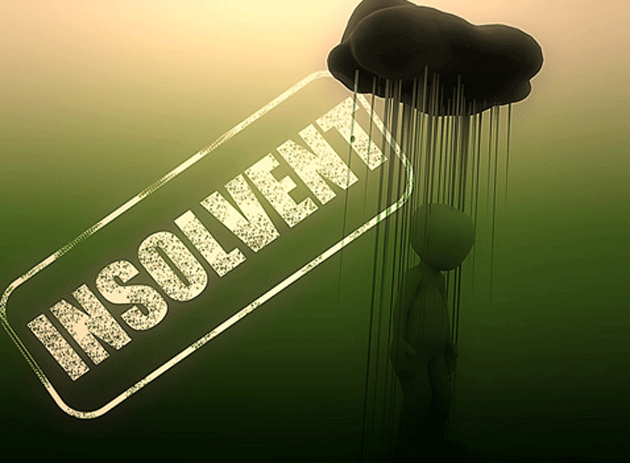 Now, we are overdue for recession even without tariffs. This (historically weak) growth cycle has to end eventually. If tariffs don’t trigger it, something else will.

But tariffs could easily be the last straw. This trade war could make the recession happen sooner, last longer, and cause more pain than it otherwise would.

What aggravates me most are the people saying we have to accept some pain in order to fix the problems with China.

First of all, there is zero reason to think tariffs will solve the problems. So we’ll get more pain but little or no gain.

Second, those who so cavalierly want other Americans to suffer tend to be wealthy, powerful people. They won’t lose their jobs. They have great health insurance and don’t have to worry about foreclosure and bill collectors. Those who actually are suffering will notice.

That being the case, this next recession could easily become more than a recession. People in pain do radical things. And those who caused that pain probably won’t like where it leads.