What does it mean?

It doesn’t matter what you do for a living or how much you make. I know people who have never made more than a five-figure income and are millionaires (true story—more on this later).

The funny thing about being good with money is that it doesn’t necessarily mean being smart. I know plenty of dumb people who are great with money. I know certifiable geniuses who always seem to be broke. I do think there is a correlation with intelligence, but I think it is rather weak. Maybe even negative at the upper reaches of IQ.

Is it nature or nurture? Probably neither. It doesn’t seem to be passed down through generations. Some people are just born with it. Others are self-taught.

There are regional differences, too—credit scores are materially worse in certain parts of the country (like the South). Which implies that there is a cultural element to it (which is super interesting). 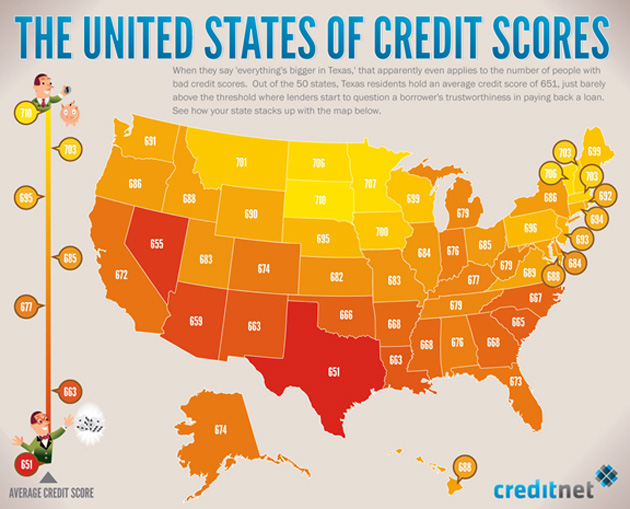 People lament the tragic state of financial literacy in this country. It is indeed tragic. But imagine for a second that President Trump would put aside a billion dollars for financial education. Basic financial literacy, balancing a checkbook, paying taxes, that kind of stuff.

Do you think it would do anything?

I don’t think it would.

I don’t think it prevents people from being bad with money, and the people who are good with it would probably have been good with it anyway. Doesn’t mean that teaching financial literacy isn’t a worthwhile goal, but you just have to be realistic about expectations.

So I think the reason most people read newsletters like this is because they aspire to be “better with money.” Of course, if you’re reading a newsletter like this, chances are you are already pretty advanced. We talk about some esoteric concepts in this space, like trade policy and convexity and embedded short gamma. Maybe it’s time to slow things down a little.

I worked with a guy at Lehman who had a drawer full of unpaid cable bills. I struggle to see how that happens when you’re making multiple six figures. Seems a bit unmanageable to me.

A life hack I’ve discovered is that when I get a bill, I pay it immediately. I find that if I put it off for even a day, it gets buried in the pile of paper, and then I forget about it.

For sure, there is a time value of money, but when interest rates are super low, that argument doesn’t make any sense. What, are you going to cost yourself three cents a year? Just pay the bill when you get it.

I don’t save as much as I used to, but I still save a lot. In the beginning, I had one motto:

Save until it hurts.

This is easy to do nowadays with automatic withdrawals.

Most personal finance books say that you should save 5–10% of your income. I think you can be much more ambitious than that. 30% is a good target.

Just don’t do it at the expense of waiters and waitresses. Nothing worse than a bad tipper.

But I stand by that statement. You can’t lose cash (as long as you are under the FDIC limit). Someday soon, we will have higher interest rates. There is this thing called interest on interest. You should read about it.

As for the people who want to invest, well, that is the point of this letter. We all want to get better at it (including me).

This is just common sense. If the government is giving you a tax advantage to save and invest, you are a M-O-R-O-N for not taking advantage of it.

The only reason you would not take advantage of it is if you think there was some likelihood that the government would nationalize your savings—or force you to buy US government debt with it. The risk is not zero, but it is low.

Whether it’s a traditional IRA, Roth IRA, Sep IRA, 401(k), or other retirement account, max it out.

And if your employer matches your contribution and you still aren’t taking advantage of it, it is time to put on the dunce cap.

That’s the goal. The bigger question is: what do you want to do when you retire? Sit around and watch FOX News and get all paranoid? Chase a white ball around? Travel the world?

I actually haven’t gotten to Step 5 yet, because I don’t know what I want to do when I retire. A lot of people don’t like to work and are in a big hurry to stop. I like to work. So far, my retirement plans include buying a condo in Canada and having a private jet to take me back and forth (there is no other way to take all the cats).

People have been saying for years that Social Security won’t be around when I get older. Maybe, maybe not. I have an idea that it will still be around—it will just be funded through either higher taxes or more debt. But it won’t be enough to live comfortably on.

So Are You Good with Money?

I hope so. Lots of people aren’t. They won’t retire comfortably. They’ll retire—maybe not in poverty, but at some subsistence level that many people think will be undignified.

Is this anybody’s fault? Like, is there something we should be doing collectively?

I don’t think so. You can’t force people to make good financial decisions. You can’t even nudge them or educate them. Some people get it right, and some people don’t. I made it a priority to learn about money when I was 22—and it became a passion. It can’t be a passion for everyone, but everyone should strive to be minimally competent. That should be the goal.

Excellent advice—-and a very good indight into people and their behavior.

Thanks for your excellent newsletters. Three common causes of bankruptcy are job loss, divorce, or health crisis like cancer. These are all uncontrollable. So is inheritance, a common cause of wealth. Know what you want, know what the price is, pay the price.

Thanks for an interesting read. Just wondering… MOST folks with lower incomes really struggle to put aside any meaningful amounts of money and the South has a reputation for lower wages. If we overlay average or median incomes by state do you think there might be a correlation? Also, the most frugal culture seems to be in the New England and Upper Midwest. Tough cold climates beget frugality? Thought provoking article.

Jared, I watch Fox news and am not paranoid. If you want paranoia, ask the folks at CNN and MSNBC about Trump.

jared-this is all well and good, but like social security and medicare and payroll taxes, government has a huge stake in insuring that people save enough for retirement both morally and fiscally….social security iS the obvious answer and socials security taxes need to be raise but accompanied by a true lockbox created