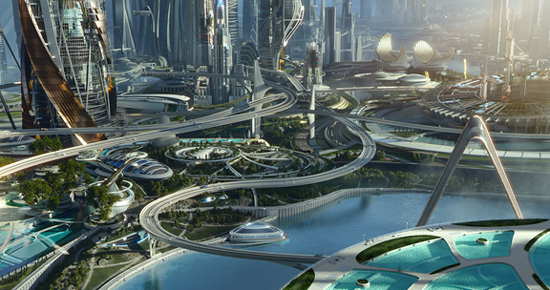 All comments about overvalued real estate aside, I learned a lot on this trip, stuff that you don’t get from staring at Bloomberg all day.

So I went to see a ballgame at the SkyDome (now known as the Rogers Centre, but people still call it the SkyDome). It’s great having a ballpark downtown. I was just in San Diego a few months ago and caught a Padres game downtown. Baseball is meant to be played in a city.

The SkyDome is pretty old now, has to be one of the top five or six oldest parks in the league, even though it was only built in the late ‘80s. It’s showing a little age—the seats are uncomfortable and meant for when people were smaller—but when you close the roof and get 47,000 people cheering, it’s an amazing place to watch a game.

So since I’m in Canada, and the Jays are playing the Yankees, we get to hear both national anthems. They bring out this big 100-person choir, and they sing the US national anthem, which gets warm applause from the Canadian crowd.

Then they start singing O, Canada. You can hear a pin drop in that place.

In contrast, when you play the national anthem in the United States… people kneel!

Of course, not everyone kneels. But people aren’t going nuts for The Star-Spangled Banner. You get a golf clap.

You could look at this as some measure of patriotism in Canada versus the United States, but I think that’s a very narrow way of looking at it.

I think people in the United States are still patriotic… but just grumpy! We are a very divided, unhappy, even miserable country. Things have gone relentlessly wrong for the last 15 years.

In Canada, things have gone relentlessly right for the last 25 years. So people are happy to cheer at ballgames.

I talked to a lot of smart people on my trip to Toronto, and I learned a lot of cool stuff, but that one moment at the Jays game was worth the price of the plane ticket.

So the conclusion from that is:

Therefore you want to be:

Why? Because Americans are overly pessimistic on the US (and US stocks), and the market will probably outperform their expectations.

Canadians are overly optimistic on Canada (and Canadian stocks), and the market will probably underperform their expectations.

The US and Canada might both go up or both go down, but the US should outperform.

This of course takes nothing else into account other than sentiment. Not fundamentals, not economics, nothing. It’s not recommended that anyone puts on a trade based on sentiment alone. But it is usually a good starting point.

One of the other spots I hit in Toronto was The Chase rooftop bar on Temperance Street. Cool spot. That’s where all the pretty people hang out, which certainly does not include me.

I will say that while sitting in The Chase, I had that sense of decadence that I haven’t felt since my days running around New York City in 2006. When everyone was really young and stupid and had way too much money. I got flashbacks sitting in The Chase.

I also had the privilege of wandering around Yorkville—the Toronto version of Soho. It’s like the outdoors version of the Short Hills Mall—high-end retail and hotels and restaurants.

I also got to check out some of the surrounding nice neighborhoods, like Rosedale and Forest Hill. I saw some of the prices these houses were printing at. It’s a lot. And I do hear the argument that Toronto is still more reasonably priced than New York, London, etc. I hear that. But it’s clear that this is Canada’s Gilded Age.

I will also say that while there was a lot of construction, I expected more, and a lot of the supply of condos that has been dumped on the market has been gobbled up.

I’ve been writing a lot about my latest contrarian idea, which you can find in the current issue of Street Freak. However, I should mention that another one of my very-high-conviction trades is to prepare for the end of the Canadian housing bubble.

I started talking about this three years ago, and people laughed at me. Today, not so much anymore. And Canada may not be the only developed country that’ll get death by real estate…

So if you want to get in on our contrarian trades, I suggest you take advantage of the discount offer that’s still on for a few more days. Saves you $100, which even today is no chump change, so get started.

As a Canadian and a Blue Jay fan let me say 2 things: Firstly, there is definitely a problem with a real estate bubble in several major Canadian cities, Toronto and Vancouver at the head of the list. Secondly, I wouldn’t read much into the fans starting to cheer before the end of the national anthem just before an important game with post season implications in a city that has had very little sporting success over the last few decades. If they switched the order of the anthems and played the American anthem last the fans would have started cheering at the same point. It is definitely not a sign of patriotism or happiness. I’ve been at a lot of games with the golf clap response.

Good observation. I crunch real estate numbers as a routine and I have an interest in Canadian real estate including Toronto’s. I agree that there are bubbly syndromes especially in Vancouver and Toronto. While I think Vancouver is bubblier, a Toronto real estate crisis will have a bigger impact on Canada as a whole. I also realize some Toronto residents might regard their city as being on par with NYC or London (UK) but I tend to digress, at least not in terms of global economic influence or importance. That is, Toronto real estate prices need not reach those seen in NYC or London to become a concern. However, I tend to think Canadian real estate bubbles pale when compared to some now being brewed up in Asia although what benefits one might reap from these when the crisis-to-be hits is beyond me.

I worked in Malaysia during the crazy bull market of the 1990s. Investors used to fly in to meet companies, but then just count the cranes building new real estate and go bearish. One guy turned right around and got back on a plane.

Eventually one of the bears got his timing right.