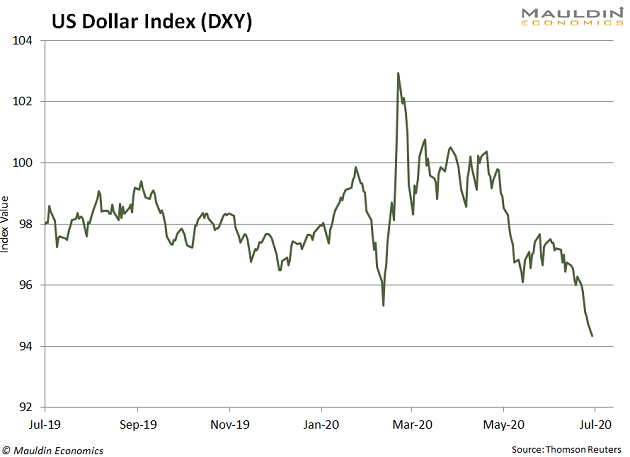 As the federal government goes further and further into debt, the assumption right now is that the Fed will end up buying all of it, as part of Yield Curve Control or MMT or whatever. We are more or less at the direct monetization phase. And the government has learned that it can issue more and more debt without consequence, which is to say without interest rates rising. 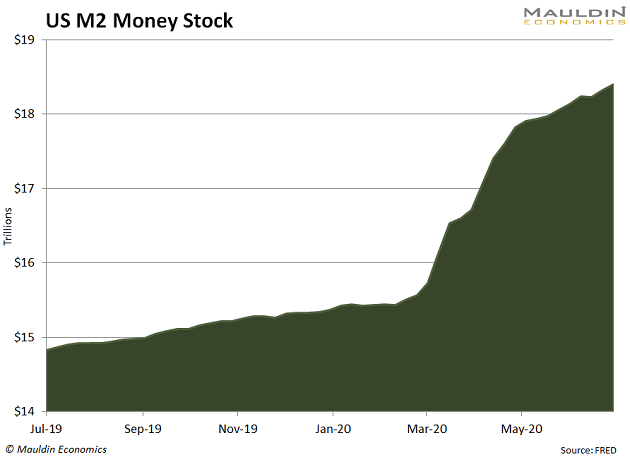 What we’ve just witnessed is a regime change—from a long USD regime to a short USD regime. Everything that worked will no longer work, and everything that didn’t work will start working.

These sorts of things only happen every 7 years or so. The deflation trade is toast. Better get some butter and jam.