One of my favorite scenes in Ocean’s Twelve is when Terry Benedict is walking through the Bellagio, talking to the Night Fox on his cell phone. The Night Fox tells him that he will reveal the identities of the Ocean’s crew, without asking for anything in return. Terry Benedict follows up with one of the most profound business quotes ever:

“Nothing? Who do you think you’re dealing with? Nothing costs nothing!” 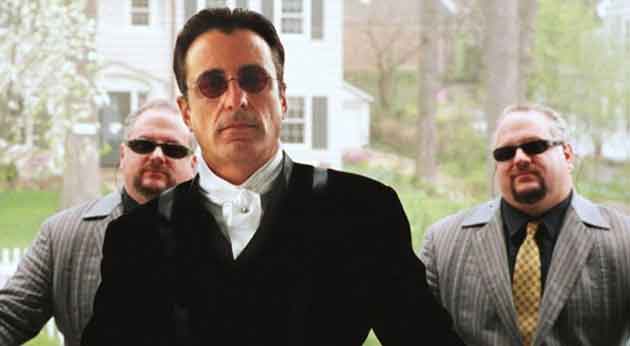 He is correct. Nothing costs nothing.

As you might have heard, there is a massive price war going on in ETF-land. Issuers are falling over themselves in the race to the bottom in fees.

Clearly, they’re doing it because it works: Close to 20% of you who have taken my ETF survey so far* said low fees were the main reason you are invested in ETFs.

In order for the fund issuer to earn $4 million in fees, the ETF has to have… $10 billion in assets.

$4 million is not a lot of money. That is a lemonade stand. And attracting $10 billion in assets is no small feat—only a handful of ETFs have managed to do that. So anyone who issues an ETF with four basis points in fees is doing so at a loss.

That’s capitalism in 2017! Producers impale themselves, consumers win. Somehow these businesses are worth something.

I stand by what I said last week about high broker commissions being better for investor psychology, but you should ruthlessly exploit funds with low expense ratios. There’s no psychological benefit to a higher expense ratio, you’re just paying more.

But fees are not everything. In fact, fees are only one of many considerations when you’re choosing an ETF—and they’re far down the checklist.

How Do You Choose an ETF?

First, you have to answer the following question: what kind of ETF do you want? Debt or equity? Sector, currency, or commodity? Global or international?

Let’s say you want an energy ETF. Well, there are 28 of them. For time’s sake, we won’t consider all 28 here, but let’s look at the top five in terms of assets:

Let’s say you want a broad-based energy ETF. That rules out XOP and OIH, which are subsector funds.

The next step is to dig down into the holdings of the ETF, to look how the stocks are weighted and how top-heavy, or concentrated it is.

You can see there isn’t a lot of differentiation among these indices; you’re essentially getting the same basket with each of the ETFs.

So if you’re indifferent between the three, then look at the fees:

That basically rules out IYE. So now we’re down to deciding between XLE and VDE.

One thing a lot of people don’t consider: if you’re a customer of a full-service brokerage and you pay commissions on a cents-per-share basis, you want an ETF with a high dollar price per share, in order to minimize commissions.

In this case, that would mean VDE ($91) over XLE ($66). But if you are a customer of a discount brokerage, it doesn’t really matter.

One final concern is liquidity—you can get into this thing, but can you get out? All of these funds are pretty liquid, so liquidity is not a concern here.

And that’s how you choose an ETF. We have designed a proprietary system to do just that, with little research time required (another major grievance thrown up by the survey).

It’s pretty exciting. We’ll be unveiling it in the not too distant future.

Some financial advisors are obsessed with fees. And the law has changed to ensure that they care about fees above all else (the fiduciary rule).

But sometimes you need exposure to a certain asset class, and it doesn’t really matter what the fees are. You have to get it.

The example I cited last week was EMLC, the VanEck J.P. Morgan EM Local Currency Bond ETF. The expense ratio is listed as 0.44%. You could turn up your nose at 0.44%, thinking it is too high (compared to ETFs with 0.04% fees), but you would be cutting off your nose to spite your face.

First of all, the back office plumbing in an ETF that holds exotic assets on several exchanges in many different time zones just costs more. It ain’t free.

Second of all, if you really want this asset class for whatever strategic ideas you have, you will probably make more money in returns than you spend on the expense ratio.

Yes, costs are a big determinant of your returns. But not that big. And fees have come down to the point that we’re dicing mouse turds.

It was one thing when we were talking about actively-managed funds with sales loads and 2% expense ratios. But fees have come down so much that you should be focusing on other things, like portfolio construction, and not fighting over the last basis point.

*If you haven’t yet had the chance to take the survey, you can still do so here. And thanks to the thousands of you who have taken the survey so far.