My boss’s boss at Lehman Brothers was an interesting guy. Six-foot-four, built like a brick outhouse, former javelin thrower and decathlete, looked like a Division II basketball player.

He constantly referred to himself as an optimist. He was a pretty important guy, so we never spoke in-depth about his philosophy, but he had an unshakable view that things were always going to get better.


This guy used to like to buy call options all the time. Naked call options. I suspect he acquired this habit during the bull market of the 1990s—if you went around buying calls on stuff in 1996, it generally worked out. The 2000s were a different story. I remember he bought calls on Microsoft in 2004 when it declared its first dividend. All the volatility went out of the stock, but he remained an optimist. Then the financial crisis happened. Still an optimist.

Stocks have gone up a lot since then, after all.

I wasn’t an optimist back then. I was a pessimist. In fact, I’ve hiked a good portion of the Appalachian Trail. As you might have heard about the Appalachian Trail, everyone gets trail names. My trail name was Pessimist because I always thought it was further to the next shelter or that we wouldn’t find water. It was kind of a running joke on the trail, but I really was a pessimist. I always thought bad things were going to happen. And I’d had a pretty tough life up to that point.

Over the years, I have changed my philosophy. I am no longer a pessimist like I was when I was at Lehman Brothers. Now I am an optimist.

We are also pessimistic about food. Ukrainian and Russian wheat has been taken out of the global food supply, and prices are higher. Fertilizer prices are going bananas. People are talking about an imminent food crisis, which means it’s probably not going to happen. In fact, The Economist recently put wheat on its cover, which means the prices of agricultural commodities will go down imminently. They already have a little. 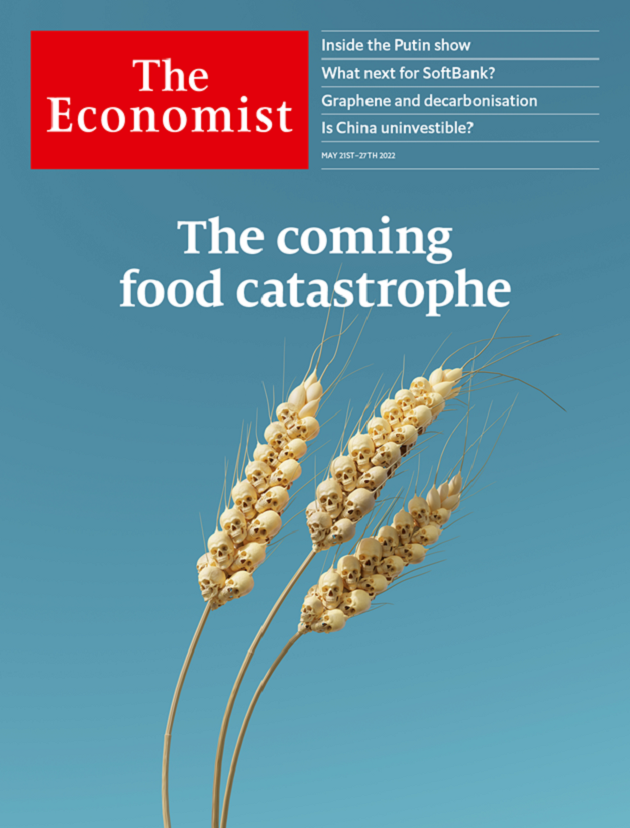 Of course, the pessimists are making money hand-over-fist. Oil is going to $200 a barrel, we’re going to have a food crisis, interest rates will skyrocket and choke off the economy, and we’ll end up in… a depression? It sure seems that way to the pessimists.

Not going to happen.

If you charted human progress over the last 2,000 years, we would be up and to the right. Sure, we’ve had periods of little to no progress, like the Dark Ages, but human beings… figure it out.

About ten years ago, someone explained to me that it’s very difficult to be long commodities and that most commodity traders would rather be short than long. We are always finding new ways to get oil and metals out of the ground. We are always finding new ways to increase crop yields. Stuff gets cheaper over time. Sure, there are periods where progress goes in reverse and prices rise, but they don’t last long.

Look at the stock market—but in terms of time, not price. The stock market goes up roughly 80%–90% of the time. There have been some big bear markets, each lasting a couple of years. But the history of our capital markets is dominated by periods where stocks go up for 10 years or more. From 1969–1982, the last inflationary period, stocks more or less went sideways, with one big bear market in 1974, the year I was born. Maybe we are setting up for 10 years of stocks going nowhere, where valuations compress, and at the end of it, when we finally revert to pro-market policies, we will be on the cusp of another great bull market. I think about this all the time.

Nothing goes down (or up) in a straight line. There are some very loud, annoying resource bulls on Twitter. The more the trade works, the more annoying they get. We will get a vicious correction that will restore balance to stock market sentiment.

The reason I became an optimist is because it works. Pessimism works occasionally, but only for short periods of time. As a species, we are very pessimistic. But you won’t find too many pessimistic CEOs. The optimists are the ones who become wildly successful—like my former boss.