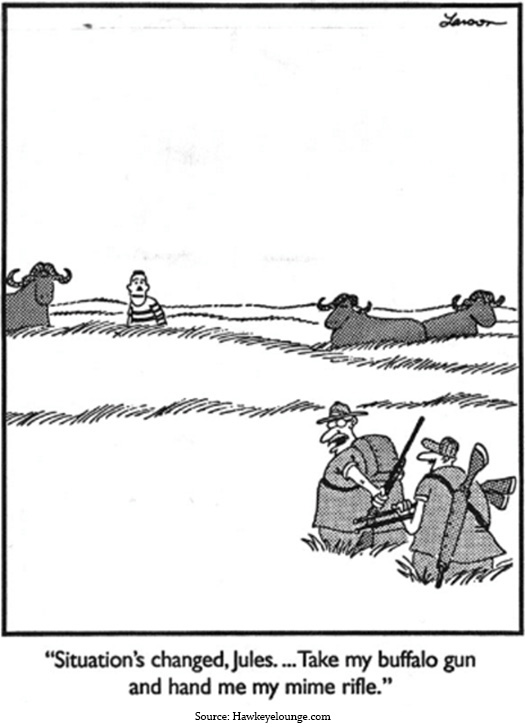 Just last week in The Daily Dirtnap, I was saying how tedious all the politics around Trump/Comey had become. I was trying to focus on market stuff, and it was clogging up my Twitter feed.

Little did I know that it would begin to drive the market stuff.

1) Trump may have blurted out intelligence to Russian officials.

2) He may have tried to intervene in the FBI’s Russia investigation.

We went from Trump being Trump, to serious competence issues—and maybe even behavior that was illegal.

This is where things are going to get annoying, because the Internet is suddenly going to be full of constitutional experts, talking about how Trump could be impeached.

The mechanics of Trump being removed from office are a bit tricky, and frankly, it is not easy, especially with the Republicans having a majority. But it is possible. More importantly, Tuesday night was probably the first time people openly discussed the possibility of Trump not finishing out his first term.

So, I’ll reluctantly put on my constitutional expert hat for a moment. I got some clear thinking on the subject from my friend Tai Wong, metals trader at BMO. This is how it allegedly happened:

1) Trump tries to influence an investigation.

Remember, it takes a majority of the House to impeach—which would require a huge number of Republicans to flip. Then, 67 Senators would need to convict.

I’m not sure we’ve reached the point where Trump has done something egregious enough for approximately 1/3 of his party to turn against him—but it is only month four.

How Would This Play Out?

When I turned on my Bloomberg yesterday morning, S&P 500 futures were down ten handles, about 40 basis points—the first indication that politics were starting to affect markets. The uncertainty of impeachment proceedings would be a major drag on stocks, as it would take months or even a year to play out.

And I’m guessing Trump could not be convinced to resign. So chaos would be the order of the day (as it usually is with Trump).

It would probably result in a bear market.

Well, you would have President Pence, who, honestly, is a much more market-friendly Republican than Trump is. He was always a free trader (up until he met Trump), and his economics are much more classically liberal. Economically speaking, he did a lot for the state of Indiana as governor.

I think markets would love a Pence presidency—it’s just that the road to get there is very bumpy.

Having said all that, I’d place the probability of Trump being removed from office at about 20-30%. A bit of this is wishful thinking on my part. Taxes were never a priority under Trump. They will be a priority under Pence.

And you have to imagine Pence has better political instincts on how to work with Congress to get legislation passed. Because quite frankly, aside from one Supreme Court pick, the Republicans are four months in, and basically nowhere.

I would be remiss if I did not mention this idea floated by Ross Douthat, conservative columnist at The New York Times.

The idea: Trump could be removed under the 25th Amendment to the Constitution. This amendment:

“…allows for the removal of the president if a majority of the cabinet informs the Congress that he is ‘unable to discharge the powers and duties of his office’ and (should the president contest his own removal) a two-thirds vote by Congress confirms the cabinet’s judgment.”

Douthat (I will take pains to point out again that he is a conservative) thinks Trump is unfit for office from a character/competence standpoint, not because he is willfully committing criminal acts.

Interesting idea to think about; also probably not too likely.

The overall point to be made here is that if you are loaded up on risk, you are probably in trouble.

I’ve spent the last few months telling people to lighten up. Sell when you can, not when you have to.

There are a lot of indicators that the markets are in late-cycle territory (I compiled a list of them in The Daily Dirtnap), and that risk is redlining. People have been ignoring them. Too bad.

I have hinted at this a few times in the last few weeks. If you are a global investor, and you have the ability to pick and choose asset classes around the world, then why on earth would you pick the same 500 overpriced US stocks that everyone is piling into?

Put a little thought into what it means when you send off that check to the S&P 500 index fund. Stocks are not expensive in Europe or Asia or in emerging-land. Go somewhere else.

Maybe somewhere that is not threatening to have a major constitutional crisis?

If that sounds like common sense to you (it should, or there’s not much I can do for you that I haven’t done already), then you’ll want to know that the offer I told you about in last week’s The 10th Man is still available.

So there’s still time to get in on a portfolio with plenty of international exposure—Street Freak.

And there’s still time to get The Daily Dirtnap, where you’ll get my commentary on all of this and more in real-time (well, around 225 mornings of the year)…

…but the offer expires midnight on Monday. Check it out here.

Remember, it is only month four. The fun is just getting started.

In reading and rereading the 25th Amendment I think there is quite a gap between what you asking for and what is required in order to accomplish impeachment. I ask what your state of mind would be with having to deal with “death by a thousand cuts” which has been administered surgically by the media and the likes of you. You better have more compelling reasons to endanger the country by subverting the democratic process than what you have now!