Many young Americans struggle just to stay afloat. The difference between sinking and swimming often comes down to education. A college degree is the key to getting a stable job with the kind of income that lets you build a middle-class life.

But regardless, young people are desperate to get those degrees. The problem: college is expensive.

To some in the Baby Boomer generation, this shouldn’t be a problem. “Kids are too soft these days. I worked my way through college. These snowflakes can, too.”

Note the assumption here. Because you did something a certain way decades ago, you think a different generation can do the same today.

But that was a different world. A lot has changed. 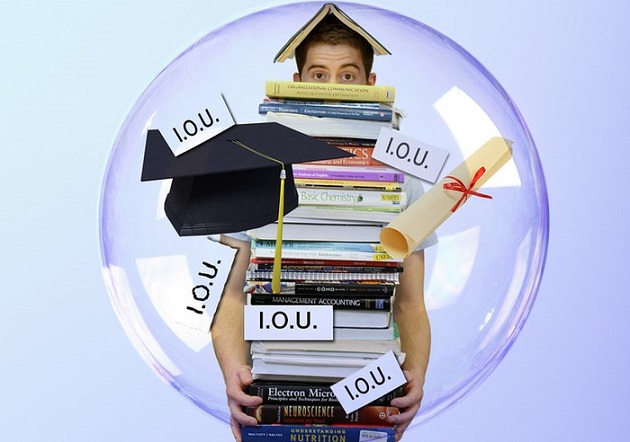 Paying for college is a math equation. You need to earn, borrow, or already have enough cash to pay for the direct costs (tuition, fees, books, etc.) and also your living costs (food, housing, healthcare).

Consider someone whose family has no college savings, but who can work at minimum wage while going to school. Maybe that describes you, say, 30 years ago.

According to the College Board, average tuition, fees, and room and board for a full-time student living on campus at a four-year state university was $9,730 in 1989–90, adjusting for inflation.

If you worked full time for 12 weeks in the summer, you could get 480 hours. You would also have had to work 23 hours a week the rest of the year while going to school full time. Tough, but possible.

Again according to the College Board, this year you need $21,950 to pay for tuition plus room and board.

The federal minimum wage is $7.25. But let’s be generous, since the job market is so tight, and assume anyone can make $9 an hour.

To pay for a year of college now, you would need to work 2,438 hours—equivalent to one full-time job plus a part-time job while you are taking a full class load.

That math doesn’t add up. 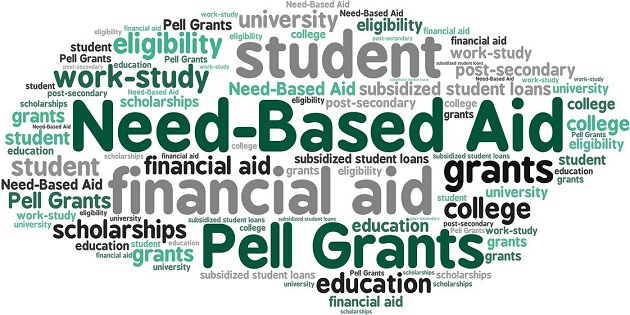 Today’s students can’t work their way through college, as was once possible, because college costs rose and wages didn’t. This is why we have a student debt problem.

Yes, there’s aid for low-income families, veterans, athletes, and those with academic talent, but that’s not everyone. So two-thirds of college students and/or their families go into debt.

As happens with other kinds of debt, it’s easy to get in over your head. The average US household with student debt owes almost $48,000. That’s on top of car, mortgage, or any other debt. This affects their spending, productivity, and mental health.

Worse, taking on this debt doesn’t guarantee anything. Yes, as a general rule, earning a college degree will raise your income, but not always. And lots of people go into debt and never get a degree.

This is not a small problem. Total US student loan debt is around $1.6 trillion. Not surprisingly, some people want to eliminate it. Bernie Sanders, Elizabeth Warren, and some other Democrats have plans to forgive or reduce student loans.

It may happen anyway if the borrowers can’t pay. Almost all that college debt is already government-guaranteed under programs both parties approved. So like it or not, this is everyone’s problem.

But set that aside. The other, rarely asked question is why young people feel so driven to get that college degree when its economic benefits are uncertain at best. And why the rest of us push them to do it when we don’t want to pay for it. 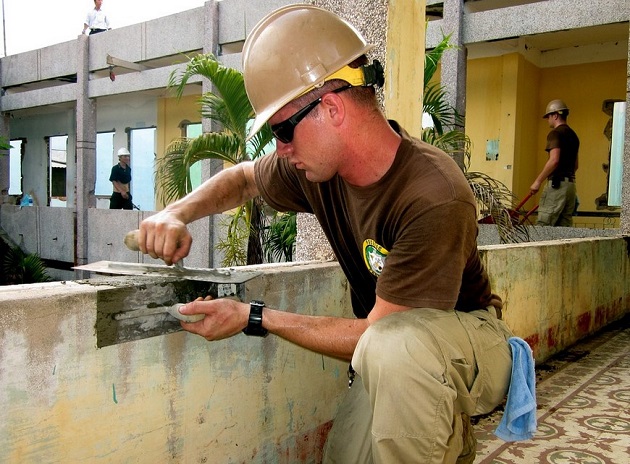 If you’re a parent like me, you probably underestimate how influential you are. We make offhand comments, and the kids treat them as Gospel Truth, even years later.

So when we tell them they should aspire for a top college and a great career, they believe that’s the thing to do. And they’re naturally disappointed if circumstances prevent it.

The popular idea that college is necessary to make a good living may be true in the aggregate data, but not always and not everywhere. It’s possible to build an excellent, well-paid career without a single hour of college.

TV host Mike Rowe (of Dirty Jobs fame) has been preaching this for years. Even in our high-tech world, low-tech trade jobs pay quite well. That’s in part because people don’t want those jobs, because they think they should be in college because their parents told them college was critical.

So maybe we older generations should stop complaining the kids don’t work hard enough and think about the direction we’re pushing them. It may be the wrong one.