Every day brings a new warning: robots are coming to take our jobs. Soon we’ll all be unemployed… and unable to buy what the robots produce.

What good are robots if all they do is make stuff we can’t afford? I don’t know. But there’s no doubt automation will replace some human workers—even (gasp!) writers and editors.

I’ve thought about this a lot. While I haven’t found a good answer yet, recently I had a light-bulb moment.

Strangely enough, it came while I was watching a food show on TV. 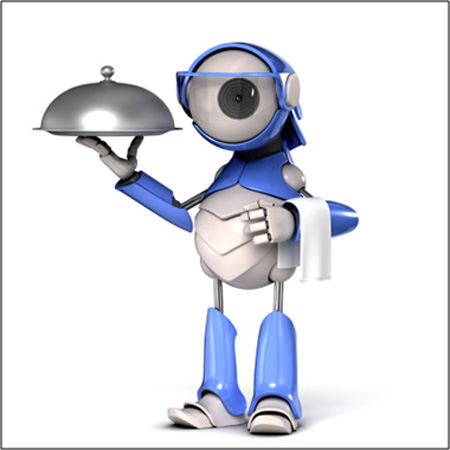 Anthony Bourdain’s Parts Unknown on CNN is must-see TV for me. If you’ve never watched it, Bourdain is a celebrity chef who visits interesting places around the world. But food is only the hook. The fun part is seeing things you would miss as a tourist.

Bourdain celebrates regular people. You see them eat at home, like we all do, and you learn how ordinary life can be both very familiar and strikingly different in other places.

Anyway, the episode that caused my epiphany was about Buenos Aires, Argentina. They eat a lot of meat there. It looked delicious. 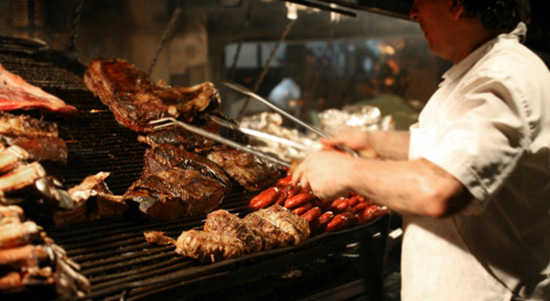 Bourdain chatted with an older gentleman who had been a waiter in Argentina his whole life. They talked about how the restaurant business had changed over time.

Waiters once led an entire crew in delivering an experience. They took the mundane act of eating and made it memorable. A top waiter would make you feel like a king, if only for a short time.

Bourdain and the waiter concluded the world is different now. In 15-20 years, there will be no more human waiters. Both thought this was sad—I do too.

Here’s what struck me.

In the US, we don’t usually think of restaurant staff as “professionals.” It’s a low-skill job when you can’t find anything better or while you’re going to school to be something else.

Who decided that serving food to your fellow humans—a literally life-sustaining act—is somehow inferior? It shouldn’t be.

Serving others is always honorable work. Every major religion teaches this. If the work itself is honorable, why don’t we honor those who do it?

Answer: Because we would rather spend our money in other ways. When we consumers take our demand signals elsewhere, the market efficiently reduces restaurant wages to match what we’ll pay. It’s the invisible hand at work.

Jobs don’t disappear because greedy capitalists replace people with robots. Businesses turn to robots because consumers want lower prices than can be achieved with human workers.

The robots are just a means to that end.

The next morning, I was turning all this over in my head. I thought of another TV celebrity: Mike Rowe. If you never saw him on Dirty Jobs, I promise you’ve heard his voice on a commercial. He’s everywhere. Watch his TED Talk sometime.

Dirty Jobs was a show about, well, dirty jobs. Mike’s crew would film him trying to do the unpleasant but necessary work that keeps civilization going. Cleaning sewers, picking up roadkill, that sort of thing. 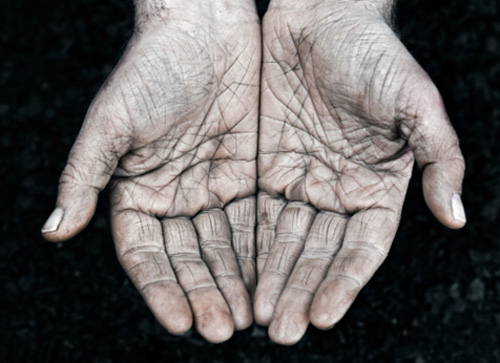 You see in the series that the people who do these “dirty” jobs often love their work. It can pay well too—better than some jobs that require a college education.

Economics 101: If demand for workers to do Job X is high and supply of qualified, willing workers is low, the pay for Job X goes up.

Why is the supply so low? Maybe because we’ve convinced ourselves that it’s not a real “career” unless you first go to college and learn about Shakespeare and organic chemistry.

The crazy expectations we put on our children (and ourselves) have consequences:

It’s a vicious cycle. We’re stuck in a rat race and won’t escape unless something pulls us off the wheel. What will it be?

The government? There are policy changes that could help, but governments tend to use brute force. Usually the outcomes aren’t ideal. 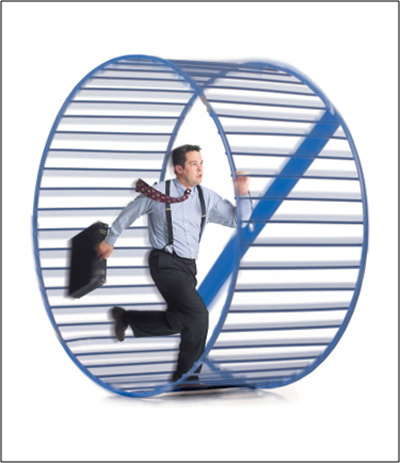 Another possibility: the same technology that gives us robots might produce new human jobs that don’t presently exist.

I think our twisted ideas about money, work, and education are the real problems. They’re distorting supply and demand. The root causes aren’t so much economic as cultural and psychological.

This year’s US election, contentious though it was, brought important issues to the surface. Ditto events around the world, like Brexit. The economy isn’t working like we think it should. People are tired of asking questions and getting no good answers.

I don’t have all the answers. I suspect no one person does. But the answers are out there, and we won’t find them unless we look for them.

That awkward, uncomfortable search will be the global macro story in 2017 and probably beyond.