Second, our political and business elites either didn’t recognize this was happening—or just didn’t care. In either case, they failed to respond adequately as John Q. Public suffered. President Trump is a direct result of their negligence.

Some blame news media bias and “fake news” for the populist fever. Trump himself regularly attacks the media. They sometimes deserve it, too.

But when we look at the bigger picture, Trump supporters and journalists ought to be on the same side. Both are victims of the same broader forces. 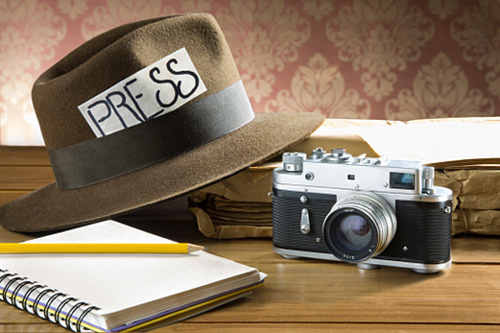 “Objective” News Is a Myth

Long before Trump ran for office, I thought the news media should drop its façade of objectivity because there really is no such thing as “neutral coverage.”

The working reporters I know personally do their best to explain the news fully and fairly. They really want to get the essential facts right.

But every decision to prioritize one topic over another is an editorial judgment, deciding what the reader or viewer should and shouldn’t know. That decision can be wrong—and very often is.

Plus, every storyteller has a unique viewpoint. The words or images chosen always slant the story.

Since bias is inevitable, media outlets and individual reporters should just drop the neutrality act and let the public decide for itself how credible their coverage is.

That applies to both political and financial news. Investors rely on the media when making critical decisions about their money, so they need to know the difference between facts and opinion. 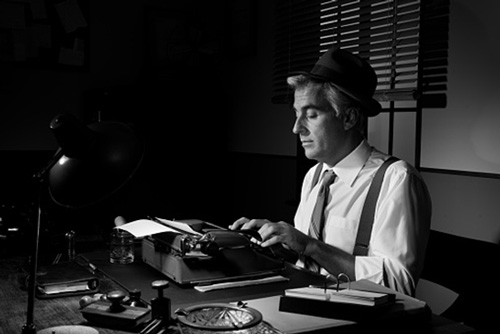 Pointing at the Wrong People

Last summer, I went to a Trump rally in Austin, Texas. I saw the little penned-off press area, which by that point had become kind of famous. It was smaller than I expected. Maybe 20 reporters sat in there during the rally, pecking away on laptop computers. A few people taunted them, but it was mostly peaceful.

The reporters at the rally were not the familiar faces from TV. I didn’t see any lattes or cheese trays or $1,000 suits. That’s because being in that pen was the media equivalent of working on an assembly line. Covering campaigns is hard, grueling work.

So, it was both ironic and a little unfair for Trump to point at the press pen and talk about how dishonest “those people” were. The editorial decisions Trump dislikes came from executives in New York and Washington, not the working stiffs he vilified.

Here’s a headline from last summer you might have missed…

… and here’s the story’s lead.

Washington (AFP) - The US newspaper industry has shed more than half its jobs since 1990, losses which have only been partly offset by gains in online media.

The numbers, first cited in a report by the news website Engadget, confirm the massive shift to digital media that has hammered traditional newspapers.

Magazines fared only slightly better, losing 36 percent of their jobs in the same period.

Technology and globalization didn’t just kill manufacturing jobs. Print publishing went through a similar catastrophe. The newspaper and magazine industry was never as big, of course, so the numbers look small in comparison. But unemployment feels the same no matter what kind of work you did.

Yes, some new jobs appeared in digital media, but not for everyone.

Online news sites don’t need paper carriers and press operators—who, by the way, are part of “the media” but have nothing to do with slanting content one way or the other.

Stressed-out manufacturing workers and stressed-out media workers are both victims of the same economic forces, and both feel similar pain. 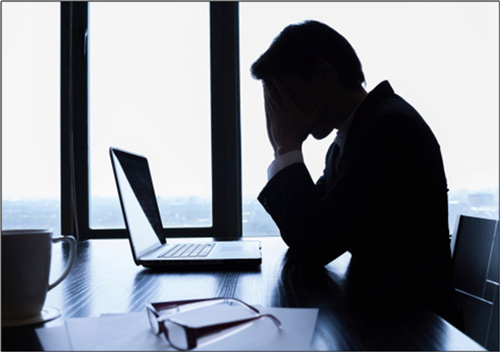 The economic forces that brought us here don’t care who you voted for, or whether you voted at all. They have hurt workers in both the media and manufacturing industries:

The point is, American workers all face the same problems. And as I wrote two weeks ago, we’re all going to be “low-skilled” compared to artificial intelligence technology.

AI systems already write some online news stories, like game recaps and earnings reports. Those cookie-cutter topics are easily automated, but AI is improving quickly. As it does, many in the working-class media will lose their jobs. They know it, and they are scared too.

Bickering over minor disputes helps no one. The media should ask the Trump administration how it will address the important economic issues, and the White House should give plausible answers.

Once that happens, we’ll be on the way to solving our problems.

All these problems can be stopped with one simple change, a machine tax. Taxing the people is a crime. Tax the machines, the organisms that create the wealth. Machine taxes are the only fair way to transfer the cash going to the 1% to the population. Why should Facebook, Amazon, Netflix, and Google get a pass on local school districts and expenses others have to pay as citizens. Machine taxes, every year they are used, same rate as humans, is the only fair way to redistribute wealth. One simple change corrects it all.

After watching how the media tried to prop up Hillary and destroy Trump, feeling sorry for the poor journalist who supposedly has no control over his work is gratuitous at best, but IMO, truely naive.

I do agree that there is nothing as true objectivity.  If “management” really wanted to achieve better objectivity, they would hire journalists of different viewpoints, and publish both views.  But, we don’t see that, what we see is different spectra of liberalism, not liberalism vs. conservatism.

I understand the thrust of the article is to show how many “safe” jobs will be automated.  But in closing, again you assume the media with good intentions:

Do you not see that is not their goal?  Their goal is to discredit Trump, because they do not like his presidency.  Did you not see the coverage of the Trump inauguration?  And how that differed from Obama’s?  I could go on…

“and the White House should give plausible answers”

I have not seen any presidential candidate nor president be more detailed in his/her plans.  To suggest that Trump is a mystery, well, that is a mystery.  Whether or not one agrees with (for example) free trade vs. protectionism is a matter of opinion.  But to suggest that no position has been stated is to cast a blind eye.

I hope all unethical journalists and their bosses, that spin the news, lose their jobs. I would never read nor beleive an article written by the Washington Post, New York Times or other similar “news” agencies.  Very little that is written today is factual.

Oh, McGowan has a new book “Grey Lady Down:  The Demise of the NYT’s.  Here is an excerpt from Amazon:

The New York Times was once considered the gold standard in American journalism and the most trusted news organization in America. Today, it is generally understood to be a vehicle for politically correct ideologies, tattered liberal pieties, and a repeated victim of journalistic scandal and institutional embarrassment.

In Gray Lady Down, the hard-hitting follow up to Coloring the News, William McGowan asks who is responsible for squandering the finest legacy in American journalism. Combining original reporting, critical assessment and analysis, McGowan exposes the Times’ obsessions with diversity, “soft” pop cultural news, and countercultural Vietnam-era attitudinizing, and reveals how these trends have set America’s most important news icon at odds with its journalistic mission—and with the values and perspectives of much of mainstream America.

Gray Lady Down considers the consequences—for the Times, for the media, and, most important, for American society and its political processes at this fraught moment in our nation’s history. In this highly volatile media environment, the fate of the Times may portend the future of the fourth estate.

PS:  I personally dropped my subscriptions to The Cleveland Plain Dealer, Architectural Digest, Esquire, Vanity Fair, Business Week, Forbes, Fortune, Foreign Policy (CFR) and many others because THEY WERE ALL PUSHING THE LIBERAL CRAP.  If they wanna publish it, they will pay the bills with liberals subscription dollars - not mine.  I don’t nourish the competition.

I disagree that technology killed the MSM/news.  If they were printing something online that people cared to read, they would still make money.

And to say that stressed out MSM workers and stressed out manufacturing workers are both victims of the same forces completely misses the point.

The point being that the MSM developed an agenda years ago.  That agenda was the progressive agenda.  All/many stories were to extol the virtues of diversity, gay marriage, Open Borders, etc etc.

I suggest the author read the book “Coloring the News” by William McGowan.  He spells it out clearly and with documentation.  They had an agenda, they implemented it, and they lost their readership.  Quite simple.  And because numerous online media sources did not follow this agenda, they took the business.

What we always counted on was - new and more innovation which will create new businesses and jobs that have to be filled in America.  America was the greatest country in the world to have a great idea.

Instead of offering money to people to sit around and do nothing - why don’t we offer that money to small business owners to employee people?

I think we need to foster innovation.  Let the other countries copy us.

To use a military analogy which I know you’ll recognize Patrick, the politicians and economists are “fighting the last war.” Outsourcing jobs is largely history. The evisceration of the job market is the looming risk as you describe, and as I wrote about here (with a h/t to your boss) https://medium.com/manufacturing-strategy/the-real-jobs-issue-that-nobody-s-debating-c5a3e7405c9c#.o5s08yqmz