In theory, outside threats should make people set aside differences. The novel coronavirus seems to be doing the opposite.

That may be because two influential groups—politicians and the news media—actually need conflict. If none exists, they create it.

The newest conflict: reopening the economy vs. continuing to stay home.

This really isn’t an either/or question. The economy was never fully “closed,” nor does anyone think closures should continue indefinitely. Most people just want to resume something similar to normal life without getting sick.

Yet one narrative says the reopening debate is a new kind of “class warfare.”

That may actually be right… but not the way you think. 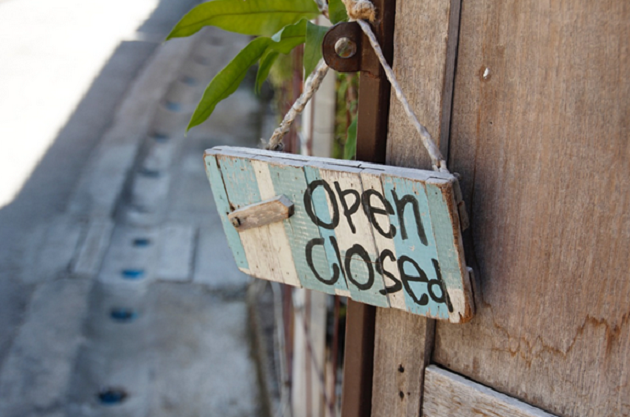 Let’s start with something not in dispute: Large numbers of mostly lower-income, less-educated American workers are now jobless due to virus-related closures. About 36 million applied for unemployment benefits in the last two months. A new Fed study says 40% of households with incomes below $40,000 reported a job loss.

Those are the facts. Then the narratives begin.

Imagine you are an American who works with his hands—a truck driver, a construction worker, an oil rig mechanic—and you have just lost your job because of the lockdowns, as have more than 36 million people.

You turn on the television and hear medical experts, academics, technocrats and journalists explain that we must keep the economy closed—in other words, keep you unemployed—because public health is important. All these people making the case have jobs, have maintained their standards of living and in fact are now in greater demand. They feel as though they are doing important work.

You, on the other hand, have lost your job. You feel a sense of worthlessness, and you’re terrified about your family’s day-to-day survival. Is it so hard to understand why people like this might be skeptical of the experts?

Skepticism is healthy, of course. But are these workers Zakaria describes really so skeptical? Not according to his own newspaper’s survey data.

A Washington Post-University of Maryland poll conducted May 5–10 asked a random national sample about virus-related restrictions. Here is the result by education level.

The survey also asked about business closures. On that question, 82% of college graduates and 76% of non-graduates said their state’s policies are either appropriate or should be even tighter.

This idea that an intellectual upper class is keeping eager workers home against their will doesn’t match the data. The opposite looks closer to reality.

But that doesn’t mean workers are worry-free. 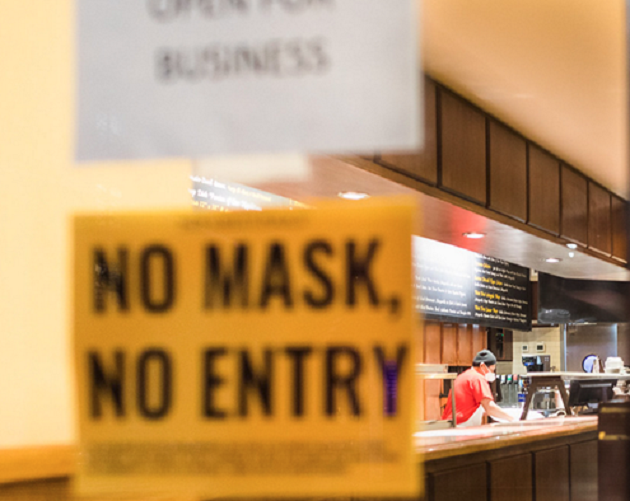 One societal division that isn’t imaginary: the one between “essential” workers and others.

We who stayed mostly home these last few weeks could only do so thanks to people risking their health by operating grocery stores, pharmacies, utilities, and other non-optional services.

Oddly, most of these workers aren’t paid like they are essential, which my dictionary defines as “absolutely necessary, extremely important.” Some (not all) companies have given temporary raises to compensate for the newly hazardous conditions. But it’s still too low for the risk they are taking.

This risk is real. Many healthcare workers, meatpackers, nursing home aides and others have contracted COVID-19. Some died, and the numbers may increase as more non-essential businesses reopen.

For workers who haven’t returned, the fear is less about being kept at home and more about being called back before their workplaces are safe.

Often, they have little choice, financially. Unemployment benefits (if they received any) can get cut off in many states if you decline a job recall. Even in a pandemic, there’s no exemption for health concerns.

This concern looks far more common than the anti-shutdown protests. A Pew survey asked workers who had either lost jobs or had wages cut due to coronavirus closures, and found 68% were more concerned states would lift restrictions too quickly.

The safety-first workers get less publicity (perhaps because they don’t carry guns into state capitols) but some are speaking out.

I found those examples in about two minutes of searching. There are hundreds more. 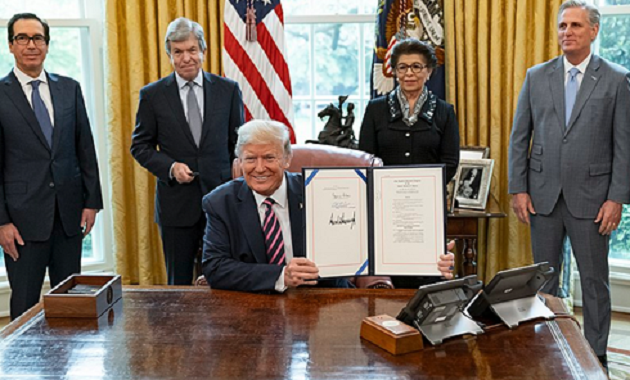 The urgency to re-open businesses despite health risks seems to come from owners and managers (and pundits) rather than workers. If this is class warfare, it is more top-down than bottom-up.

But it also makes sense, when you consider the financial incentives.

Thanks to enhanced unemployment benefits, most employees who made less than $25/hour or so are suffering no income loss (though processing delays mean some still haven’t been paid, weeks after applying).

So of course they prefer not to return to a risky environment. That’s why Congress expanded benefits in the first place. Incentivizing people to stay safely home was the whole point. The policy is working as intended.

Conversely, small business owners often receive no unemployment benefits, and may also be burning through cash and/or going into debt while they stay closed. Ditto for many self-employed people and independent contractors.

What help do they get? An underfunded, convoluted “Paycheck Protection Program” that is proving too little, too late for many.

Reopening these businesses quickly isn’t the best solution because …

A better plan would change the financial incentives that make business owners want to reopen so soon.

There are many ways to do that. They are complicated and politically difficult. So instead, most states are taking the easy way out.