If you’re not unemployed or underemployed now, then you know someone who is… and you could always be next.

I keep coming back to this theme in Connecting the Dots, because a) it’s a monumental, paradigm-changing problem, and b) it affects all of us.

While I don’t have definitive answers, I managed to put together more of the puzzle pieces.

We the People, aka Mainstream America, are angry and frustrated—and we are vehemently making our feelings known. The open public discontent has left many economists and politicians flabbergasted: With a historically low unemployment rate of 4.9%, what seems to be the problem?

For most people, work is not just about money, but also about self-worth. You can be “employed” but still feel unappreciated due to low wages, missing job security, or inability to use your best skills.

The government’s unemployment numbers miss part of the story. They don’t, for example, show how many people aren’t getting enough hours to make ends meet and/or lack job satisfaction. But some recent surveys do.

“Not engaged” means employees that are less vigilant, show up and kill time, and doing the minimum required to get the job done. According to the poll, a full 68% of American workers are just going through the motions at their job. That figure that should give employers pause. 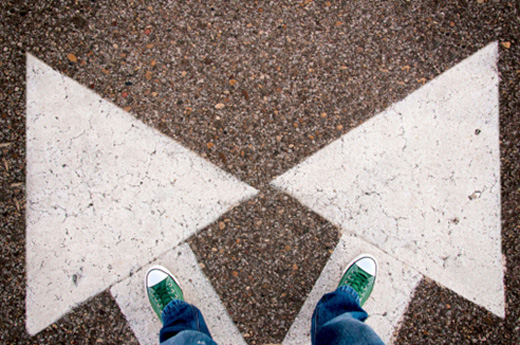 Also, not-engaged or actively disengaged workers always have one foot out the door. Why show loyalty to your company when your employer is ready to kick you out as soon as it has a bad quarter or can find a robot to replace you?

Loyalty—or lack of it—goes both ways. Today, many employers skimp on benefits and wage increases by hiring part-time or temp workers. Hiring full-time employees is their last resort… once they’ve exhausted alternatives like automation, outsourcing, and independent contractors.

A  2016 analysis from the Commonwealth Fund found that “not only are middle-aged white people drinking more, using more opioids, and killing themselves at higher rates, more of them are getting sick with the diseases that usually kill older people. And when they do get sick, they don’t get better.”

So we need more than jobs. We need well-paid, fulfilling jobs that match people’s abilities and ambitions. That’s a much heavier lift.

But look around, and you’ll see glimmers of hope.

I wrote a few weeks ago why we shouldn’t call people “low-skilled” workers. It’s demeaning and often just wrong.

However, the category exists, and it’s true that non-college graduate Americans face tougher job prospects. And despite increases in minimum wage in some places, since 2000, the average hourly wage for high school graduates has declined.

Also, factories are automating rapidly, and there are only so many service jobs to go around. They don’t pay like the factories once did, anyway.

But there may be a solution, at least for some.

Last week, I saw an intriguing Wired article titled, The Next Big Blue-Collar Job Is Coding, which  argues that computer programming is the modern equivalent of those well-paying automotive factory jobs.

Many people think everyone working in tech is a wealthy Silicon Valley type, but most “coders” work in ordinary, non-tech organizations. 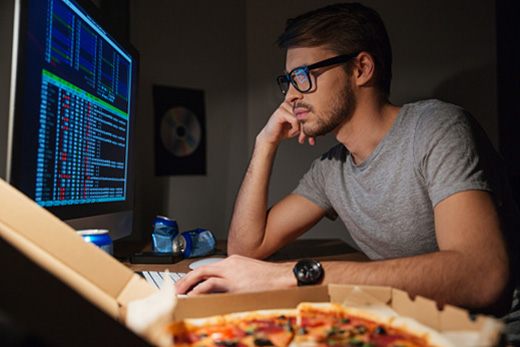 Any organization with 50–100 employees probably has at least two or three IT people who work on customizing software to the company’s needs.

Those folks generally make a good living, and there’s lots of room for programmers and graphic designers without college degrees.

All those little teams add up to a lot of jobs—and it turns out, some former blue-collar workers excel at them. Wired mentions a Kentucky program that retrains coal miners as programmers. Miners know how to focus, work as a team, and handle complex machinery. Program Director Rusty Justice says, “Coal miners are really technology workers who get dirty.”

I’m sure these jobs will get automated too as artificial intelligence improves, but for now they look like good opportunities for those with the right aptitude.

There are still other growing occupations that don’t require college degrees. The US Labor Department tracks these in 10-year forecasts. Its Occupation Finder web tool is pretty enlightening.

One thing stood out to me: a high school diploma, while still necessary, is insufficient for almost anything beyond manual labor. And even the number of those jobs is shrinking.

I searched for jobs at the next step up, requiring only “postsecondary nondegree” education. That means a high school diploma plus trade school or on-the-job training. Those with the highest number of projected new jobs in the next 10 years are:

I’m dubious about the truck driver jobs, given how quickly autonomous vehicle technology is advancing. But the others all make sense. They are mostly healthcare related and—this is key—require hands-on contact with customers.

You can’t get your teeth cleaned over the Internet. It will be a few years before we trust robots to cut our hair. Jobs like those will be among the last to get automated. 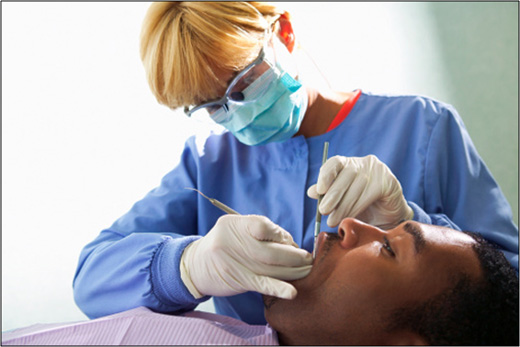 Still, if we look ahead more than 10 years, I think all bets are off. Every job will be vulnerable—including mine. A sufficiently advanced AI could probably process all the information I read every day and compile it into informative articles.

Such technology doesn’t exist now… but I bet it will by 2030.

If we want to outrun the machines, we all need to constantly upgrade our skills. We also have to build our investments into another reliable income stream.

That’s what I do in my monthly premium service, Yield Shark: find ways to generate steady income with manageable risk. I also try to keep the journey enjoyable, because I know we all need it.

Right now, we have a special offer you should consider. For just $199, you can get 12 months of Yield Shark, 12 months of Jared Dillian’s Street Freak, and 12 months of John Mauldin’s Over My Shoulder. That’s 70% off the normal price. The offer expires tomorrow, February 15, though, so click here to sign up now.