Never fear, the billionaires are here. They will save us from medical bankruptcy.

Every American adult knows healthcare is ridiculously expensive. You pay through the nose for insurance premiums and even more for the deductible if you happen to get sick. Alternatively, your employer pays and recovers the cost through lower salaries. Plus, you probably pay income tax and Medicare tax.

Last week, three top CEOs said they will radically transform healthcare for their own employees—and perhaps for the entire United States.

Will it work? I’m not holding my breath. However, their idea has a new twist. And considering who came up with it, we’d best pay attention. 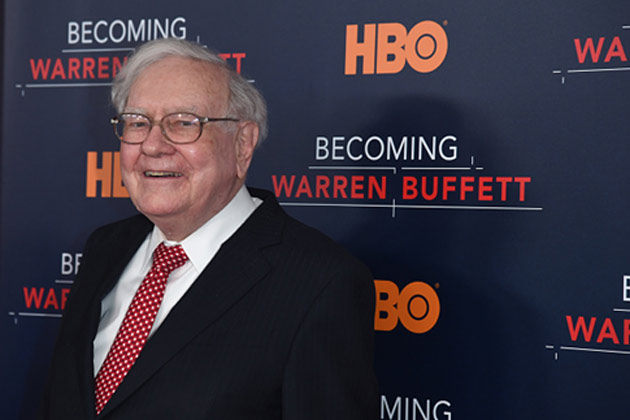 “Hungry Tapeworm” on the American Economy

Amazon (AMZN) is partnering with Buffett’s Berkshire Hathaway (BRK.A) and JPMorgan Chase (JPM), the nation’s largest bank, to try to address one of the nation’s thorniest and priciest problems—soaring health care costs.

The three companies unveiled an as yet unnamed company to give their U.S. workers and families a better option on health insurance. The statement said the new company will be “free from profit-making incentives and constraints.”

“The ballooning costs of health care act as a hungry tapeworm on the American economy,” said Buffett. “We share the belief that putting our collective resources behind the country’s best talent can, in time, check the rise in health costs while concurrently enhancing patient satisfaction and outcomes.”

Their assessment is correct. We spend far more money on healthcare than other developed countries, and it buys results no better—and in some ways worse—than theirs.

The blue bars in this chart are the percentage of GDP each country spends on healthcare. The gray bars are life expectancy. The US is on the far right. We devote twice as much of our economic output to healthcare than any of the others, yet average US life expectancy is below that of 20 other countries, including Greece, Slovenia, Korea, Italy, and Israel.

While there’s disagreement on the causes and solutions, surely we can all agree this is bananas. We misallocate trillions of dollars that could go to much better uses, depressing growth and wasting human capital. As macroeconomic problems go, this is a big one.

Bezos, Buffett, and Dimon think they can solve the problem. I wish them luck. Many smart people have tried and failed. 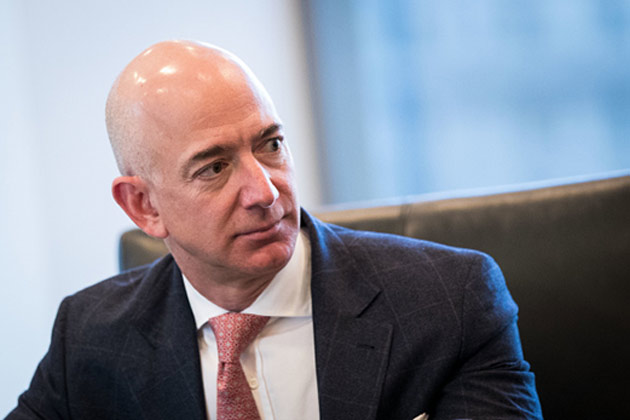 An old saying about advertising says half the money is wasted, but no one knows which half. The same might apply to medical spending.

It seems that much of this money makes us no healthier. For instance, last week the Wall Street Journal reported on an effort to reduce chemotherapy treatment for breast cancer patients.

If Dr. Katz is right about chemotherapy being overused, it means patients and their employers/insurers spent billions on painful, unnecessary treatment.

The only ones benefitting appear to be the chemotherapy drug makers, the doctors who prescribe them, and all the associated providers.

That’s not necessarily because they’re all greedy. The problem is, as Upton Sinclair famously wrote, “It is difficult to get a man to understand something, when his salary depends upon his not understanding it!”

Bezos, Buffett, and Dimon seem to get this part.

Their news release says they will try to reduce costs “through an independent company that is free from profit-making incentives and constraints.”

The three billionaire business leaders, who know a lot about profit, think healthcare will work better if they free it from profit motives.

Those are fighting words for free-market advocates. In their view, the profit motive is good because it efficiently maximizes everyone’s desires, and I think that’s usually true too.

However, Bezos, Buffett, and Dimon appear to think healthcare is an exception. 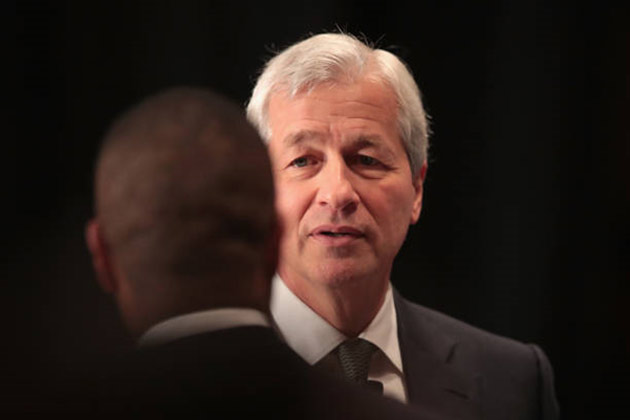 The highest profits are generated by Big Pharma. Gilead (GILD) has a margin of almost 45%, and some others aren’t far behind.

In comparison, Amazon (AMZN) has a tiny 1.7% margin, which is enough to make Jeff Bezos the world’s richest man. In all fairness, though, Amazon’s is a different business than healthcare.

Arguably the drug companies should be rewarded because they take huge risks in developing drugs that may not work, and many fail.

But this isn’t capitalism. Those profit margins are huge mainly because taxpayers provide much of the basic research the companies use, and intellectual property laws protect them from competition. Their political muscle prohibits Medicare from negotiating price discounts, even though it is their biggest customer.

Those are some of the incentives I think Bezos, Buffett, and Dimon want to eliminate—exactly how is unclear, but they intend to try. They’ve concluded healthcare can’t work like a normal business.

But it’s not so simple as just making everything non-profit. Much of the healthcare sector already is. VA hospitals are non-profit and have huge problems.

Many “charity” hospital executives earn huge paychecks for maximizing revenue and minimizing costs, even if the bottom line shows a nominal loss.

If we don’t let profit be the motivator, something better must take its place, but so far it’s not clear what that would be, or how the US could transition to it. 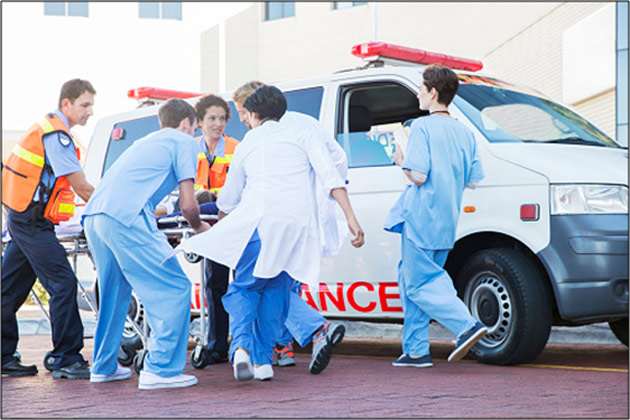 Nevertheless, the problem seems to be clear. When revenue and profits become the primary goals, and customers can’t easily go elsewhere, prices spiral upward—and here we are. The US spends more than other countries because our system is built on massive profit incentives.

Now, fixing this will be hard because the same money you or I might consider “waste” represents someone else’s paycheck or profit margin. The Three Amigos have their work cut out for them.

Many experts are dubious this effort will work any better than past ones. Maybe not, but if they succeed, the US healthcare industry could look radically different a decade from now.

So, if you’re a healthcare investor who expects to make long-term profits, you probably should keep your eye on this.

This is really absurd. Health care is one of America’s most subsidized and regulated industries.

The basic reason it’s so expensive is because it is so heavily subsidized, subsidized especially for the older recipient of Medicare who tends to vote more than others. Health care here is far more subsidized than in other countries. Countries with universal coverage ration it, as they must. The only fair way to ration it is by age, which exactly how they do it. Part of the reason for universal coverage is precisely to control costs.

Discussions like this are tiresome because they gravitate toward drug companies and drug prices, a small part of health spending. The biggest by far is the cost of the specialized labor in delivering health care. Maybe raising the pay of such people, lifting the graduation caps on medical training programs, and changing our immigration policy to favor those with skills would do far more to bring costs down.

As it is, health care is a political favorite for subsidies, especially by the Democrats. Another pool of subsidized voters, like education, another heavily subsidized sector.

I do not think that 3 of the biggest liberal minded people on the planet will fix health care unless they have something to gain from it.  Are any of these three experts in the heath care or medical fields?  Big pharma is the main reason that our health care system sucks/dollar spent. There are now actually 4-5 cures for cancer that are just as good, if not better, than what big pharma offers.  Cures 1,000 times cheaper than useless drugs.  Cures you will never hear about in the news.  Cures that I would use before even trying chemo or radiation.  Big pharma will never find a cure for cancer because that would kill the goose that gives them the golden egg, more and more drugs surrounded by more and more hope.

We are over-drugged, over-tested,over-treated and abused by most doctors who see dollar signs with every new patient instead of providing lasting cures.  They are not schooled to provide and dispense health, but drugs, tests and surgeries.  This problem of our health system costing too much will never be fixed.  You need someone completely outside of big pharma, the controlled FDA and impartial to the DC Swamp who knows the ways of medical voodooism to come in.  The big 3 have no special qualifications to fix anything in the medical system and are mostly rich because they own stocks.

The system is run by the eltists and the lobbys and big pharma and they will never give up control.  The profits, generously provided by a stupid government, are too big to give up.  All the government has to do is keep borrowing money to pay the bills and things will never change for there are no consequences, immediate or even long term, for running up the debt.  Your best health care plan is to live a healthier lifestyle, avoid the medical system as long as you can and take matters into your own hands by learning all you can about alternatives to the main-stream health care system.