Trade negotiations have long had the implicit goal of promoting peace. It’s a fact that nations with active business relationships rarely attack each other, though the security aspect used to stay mostly unspoken.

Not anymore. President Trump has made it clear that he sees trade and defense as two sides of the same coin… and he’s explicitly demanding trade concessions in exchange for military protection.

Since the president has extensive power over trade policy, foreign governments will have to adapt—as will many within our own government.

We don’t yet know if his new approach will succeed. We do know that Trump intends to try it. For proof, just read his tweets. 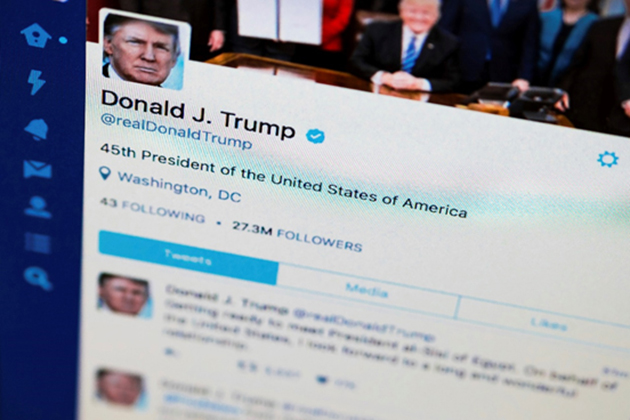 Many people wish Trump would stop tweeting already. I disagree, not because I like his ideas but because I like having this window into his thoughts. It lets us see policy developing from the inside, and almost in real time.

The president frequently talks about both trade and defense—sometimes in the same tweet.

For example, here’s one from April, right after the Mar-a-Lago meeting with Chinese President Xi Jinping. It’s the very definition of “quid pro quo”:

Here’s another one from May, when Trump had Germany on his mind, again killing two birds with one stone:

Of course, any president should promote US interests and deal with national-security threats. But misunderstandings in both policy areas can have extremely negative consequences—economic and otherwise. We’d all best hope he does this right. 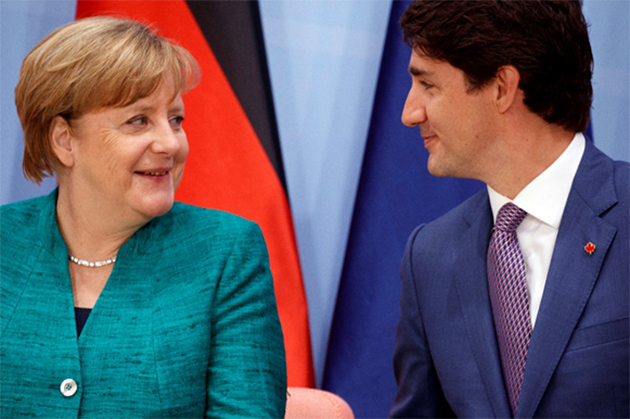 Back in November, right after the election, I wrote a letter called, “The Trump Trade War Already Started.” I showed some of the ways national-security concerns had already set off a low-key trade war.

What you didn’t see, unless you subscribe to Macro Growth & Income Alert, was the simple option play that co-editor Robert Ross and I recommended to capitalize on those very trade trends. I can’t reveal the company but I’ll tell you the strategy.

Point 1: Even pre-Trump, broader forces were already slowing down—and in some ways reversing—globalization’s progress. This will continue no matter what Trump does.

Point 3: The US economy is better equipped to survive a trade war than many others. We have a large population, a diversified industry, and abundant energy supplies.

Point 4: US stocks are a different matter. Most large-cap companies heavily depend on export sales, imported raw materials, or both. A trade war will hit their bottom lines hard.

Point 5: The companies most likely to prosper in a trade war are those with primarily US supply chains and customers.

I use “prosper” in a relative sense here. If we dive into a full-on trade war with governments slapping tariffs on each other, very few businesses will win. But some will have much better odds than others. 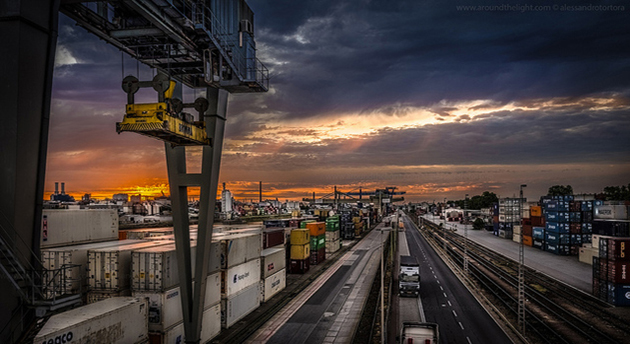 So, the strategy Robert and I devised involved selling put options on a US-focused company that has shown to be virtually crisis-proof. In fact, the worse the economy, the better this company typically does.

We hope to buy the shares at a lower price if the market weakens, and in the meantime, we’re collecting option premium. Since we first recommended the company, we’ve earned $560 per contract in option income—that’s five times more than the $104 in dividends we would have earned if we had simply bought the stock.

This strategy also works on other stocks. The hard part is identifying a company’s import/export exposure. Maybe you know their component suppliers are in the US—but what about the suppliers’ suppliers? Chasing down that kind of information takes some heavy-duty research.

If you’re a sophisticated investor, you could try this strategy on your own. Or, if you like having someone else do the legwork, check out Macro Growth & Income Alert.

Don’t worry about missing out on the lucrative deal I mentioned. There’s more to come: later this week, we’re sending out a new issue to subscribers, with another option play designed to benefit from trade tensions.

International trade is a hybrid of economics and politics. Controlling what and who crosses your borders, and under what conditions, is why governments exist.

Those decisions have economic consequences. Some people win, others lose.

If we’re lucky, the US government and its foreign peers will reach agreements that help more people than they hurt.

Now is the time to make some of those great deals the president talked about. We should all hope he makes it happen.

Dear Barry Levy: Yes, saying “$560 is 5.3846153 times more than $104” would have been more precise. Would it have given readers any additional useful information? No. But thanks for your comment. -Patrick