A new economic narrative is forming: Vaccines will make next year better. By mid-2021 business should start going back to normal.

I hope it happens that way. I’m not betting on it.

In theory, this isn’t complicated. Vaccinate a sufficient percentage of the population with a sufficiently effective vaccine, and the virus should eventually recede. People won’t have to be scared to go out, and will resume their old spending habits.

That outcome depends on a lot of details going exactly right. Maybe they will… but the way the federal and state governments (and some of the public) have behaved this year doesn’t inspire confidence.

Unless the vaccination campaign goes a lot better than anything else we’ve done, 2021 may be another lost year. 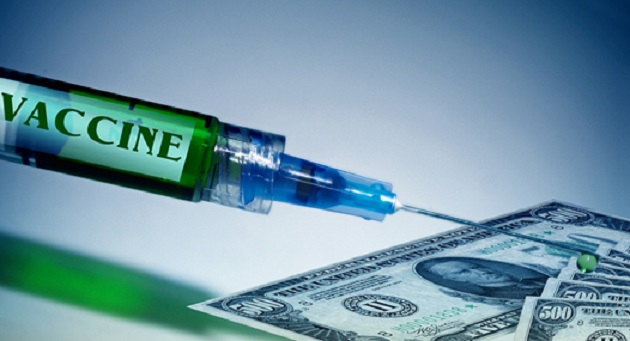 If you listen to Wall Street pundits, vaccinating most Americans is a done deal. It’s only a matter of time.

How much time? That’s the bigger question, and it’s a lot harder to answer.

Here’s what we know. A US Food & Drug Administration panel will meet on December 10 to consider Pfizer’s application for emergency approval of its COVID-19 vaccine. The company has already manufactured millions of doses. So vaccinations should begin within days, maybe hours after approval. A similar vaccine from Moderna is on the same track.

Great news. By year-end, a few million healthcare workers and vulnerable people should be protected, right?

Not quite. These vaccines require two injections, delivered 3–4 weeks apart, and reach full effectiveness a week after the second one. So even if the FDA approves them and vaccinations begin immediately, no one will be any safer until mid-January.

December approval isn’t a sure thing, either. CNN asked FDA officials about timing. Here’s the answer they got.

"It will be a matter of weeks. It could be from days to weeks,” Dr. Peter Marks, director of the US Food and Drug Administration’s Center for Biologics Evaluation and Research, said Wednesday. "It's possible it could be within days, but our goal is to make sure it's certainly within a few weeks.”

So the FDA plans to be cautious, which is appropriate. Imagine the shock to public confidence if they green-light a vaccine that doesn’t work or causes severe reactions. It would be disastrous.

But let’s assume all goes well, they start vaccinating select groups in December, and by March/April move on to the general public. Then we can start to breathe easier, right?

Maybe not. Let’s do some math.

Pfizer’s vaccine trials found the placebo group was far more likely to develop COVID-19. That’s great, but at least some people who got the vaccine were infected, too. That’s why it is 90% effective and not 100% (and could be even less in the real world instead of a controlled trial).

But say it really is 90% effective, and by mid-2021 half the US population receives either the Pfizer vaccine or another comparably effective one (several are coming).

Note, this means 165 million people each got two injections. Not an easy task. But assuming it happens…

…and we won’t know exactly who is in which of those first two categories.

Now, it may be a little better. Millions of Americans have survived the virus and may have some immunity. But again, we won’t always know who they are.

Those aren’t great odds if you are unvaccinated and 55% of the people you encounter are possible carriers. Until they get much better, we will still need to maintain the same precautions we have now: mask wearing, distancing, avoiding crowds, and so on.

Those measures aren’t hard but they slow everything down, which has an economic effect. And they may be with us all the way through next year.

But there’s another problem, too.

Vaccine distribution will necessarily be a state and local responsibility. As we’ve seen, their competence varies.

So what happens if, say, Connecticut does a great job vaccinating its residents but New York doesn’t? Or vice versa? Herd immunity, if it develops, probably won’t happen at the same rate everywhere. Economic recovery will thus vary, too.

Then think internationally. How will this work at the borders and airports? Will the US consider China’s vaccine safe and let Chinese travelers enter? Will China admit Americans?

If foreigners can’t enter the US or Americans can’t enter other countries, the travel industry will have a hard time recovering. And, despite all our advances in working from home, international business won’t go back to normal, either.

In time all this will sort out. COVID-19 will become rare enough to let us resume life without undue fear.

Will it happen in 2021? Possibly, but it’s far from certain. Everything will have to go exactly right in a bunch of different places. That’s not what we’ve seen so far.