Knowing what stock to buy is relatively easy. It is just a little research.

Knowing how much stock to buy is a more difficult decision.

There are two position sizes: too big and too small. If it goes up, you were too small, and if it goes down, you were too big. I have been both at various points in my career.

But the decision about when to sell is the most difficult decision of all.

No Room for "If Onlys"

A lot of people make fun of the founders of Instagram for selling their photo-sharing platform to Facebook (FB) for $1 billion, since it is now estimated to be worth over $100 billion.

But you can’t fault them for selling at $1 billion—if they refused Zuckerberg’s offer, Facebook would have gone and made its own Instagram. And ultimately, $1 billion is a lot of money. If you quit smoking, you might be able to live off of that.

There are some stories floating around out there about people who sold Apple (AAPL) in the 1980s. IF ONLY THEY HAD HELD ON, THEY WOULD BE BILLIONAIRES.

This is fairly common Monday-morning quarterbacking. The decision to hold on seems so obvious in hindsight.

I mean, who in 1986 couldn’t have seen that Apple would one day develop the iPhone and be able to maintain 35% profit margins on it? That it would develop the manufacturing and operations expertise to make and distribute hundreds of millions of phones each year? I mean, who couldn’t see that?

Ultimately, people end up selling their stocks when they have made enough money.

That number varies from person to person. It depends on how big your imagination is.

I Sold My Bitcoin

As I wrote on Twitter and in The Daily Dirtnap, I sold my Bitcoin two-and-a-half weeks ago.

That might turn out to be a small-imagination decision. But I was uncomfortable with the amount of retail participation that it was getting, up to and including Lindsay Lohan in a Cameo clip. 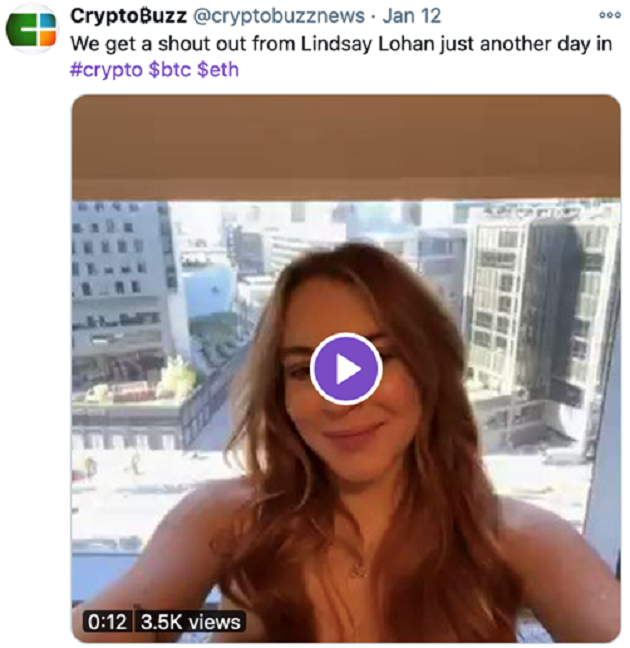 I didn’t want to be on the same side of the trade as Lindsay Lohan.

Bitcoin is not a security—it has no cash flows. It has no intrinsic value. It resembles a Ponzi scheme, but it is decentralized. 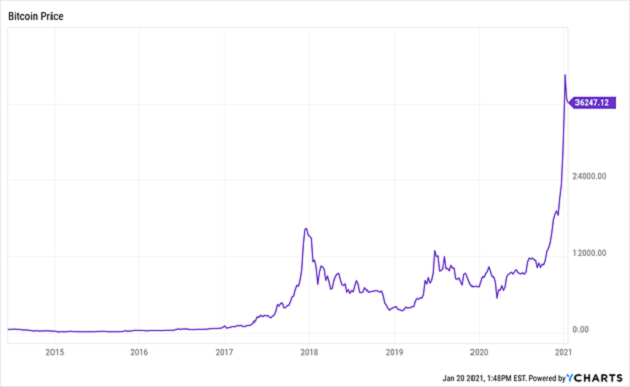 It is like a decentralized Ponzi in that it is an early bird game.

And at the end of the day, I made enough money.

I reserve the right to get back in at a lower price—or a higher price. But I probably won’t.

For one, the transaction costs are exorbitant, which nobody really talks about. But mostly, I don’t need a 200-vol asset in my portfolio that moves around 10% a day.

But again, there is no shame in selling early. You probably think the Instagram guys want to jump off a bridge. I think they are doing just fine.

Of course, there is a lot of evidence that the best strategy is just to never sell, especially when you are talking about a diversified portfolio of stocks, i.e., a mutual fund.

Warren Buffett never sells, and never has to pay taxes. He knows something that we, the people who chop ourselves to bits in our nonretirement accounts, don’t…

On The Jared Dillian Show, I’m a big believer in the idea that fees don’t determine investment returns—if anything, they help investment returns, because high transaction costs provide a powerful disincentive to sell.

One thing we can all agree on—if you have a losing trade, you should sell it promptly. If you have small losers and big winners, that is how you make money in the markets.

P.S. You can now call my radio show any time, day or night, at 1-888-DILLIAN (345-5426), to leave me a message with your money and investing questions. I might play your message on the air, so tune in Monday through Friday, 6 pm to 8 pm Eastern to hear me answer it live.